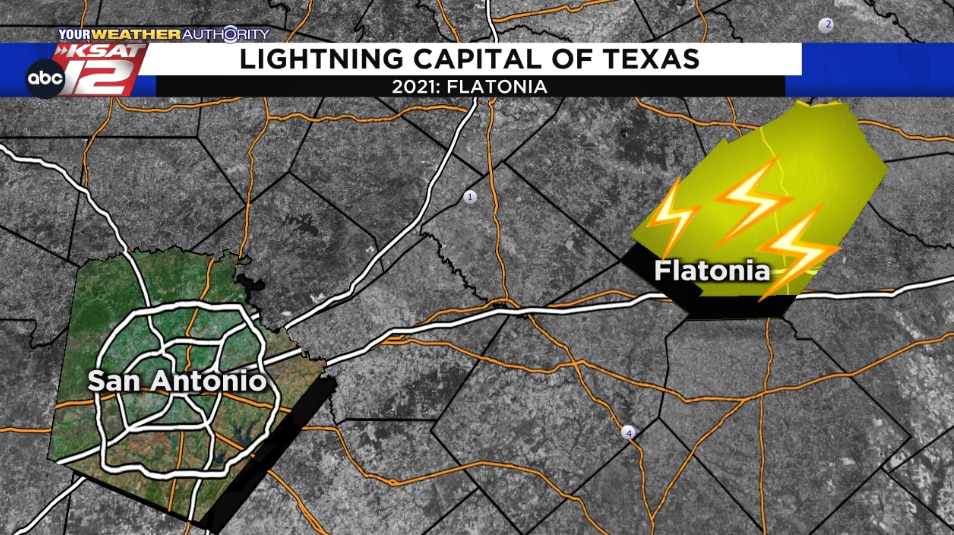 You know what they say: where there’s thunder, there’s… Thor? Well, yeah.

However, where there’s thunder there’s also… Lightning! And for one Texas town, there was a whole lot of lightning in 2021.

Flatonia, Texas, which is located on Interstate 10 about 90 miles east of San Antonio, saw the most lightning strikes of anywhere in the state and in the country last year, according to meteorologists at Vaisala.

Meteorologists at Vaisala used the above lightning density map to determine where the most strikes occurred using 2 kilometer grids. Then, the cities of towns in the grids with the highest densities were identified across each state.

For Texas, the winner was Flatonia in southern Fayette County, near the halfway point between San Antonio and Houston.

Coming in at a close second and third were cities in Florida and Louisiana. Both Geneva and Maurepas are designated as ‘unincorporated communities’ in their respective states.

If you’d like to see where the rest of the states ranked or read more about Vaisala’s lightning research, click here.