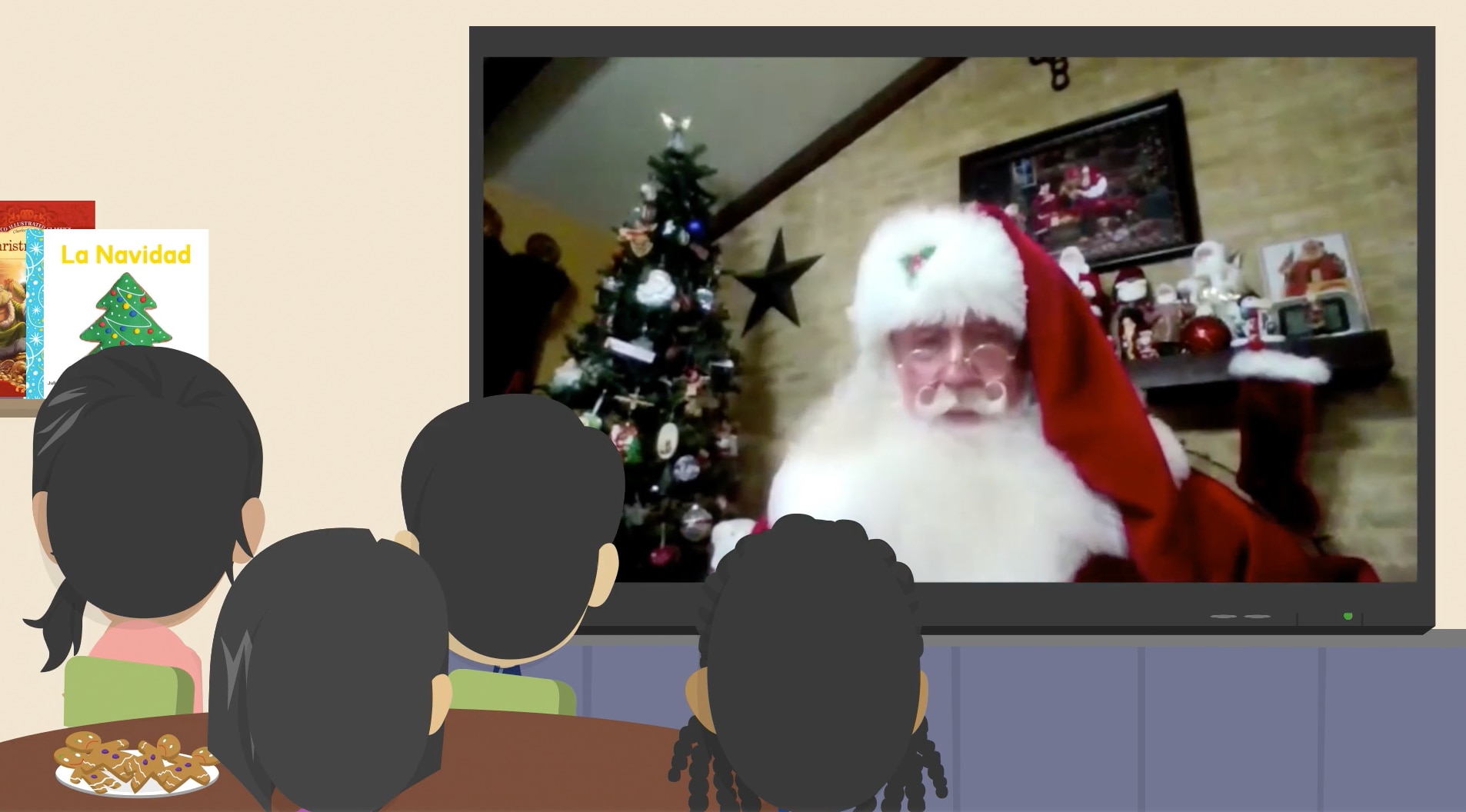 Editor’s note: This story was published through a partnership between KSAT and noun, an educational platform designed to provide engaging content online for students and teachers.

We are so close to Christmas, can you feel it? Do you have your tree up and stockings hanging yet? What about any presents under the tree? That cold weather we’ve recently been having is bound to make it feel more like the North Pole. And who do they say lives there? I can’t remember…

Down the chimney St. Nicholas came with a bound.

He was dressed all in fur, from his head to his foot,

And his clothes were all tarnished with ashes and soot;

A bundle of toys he had flung on his back,

And he looked like a pedler just opening his pack.

In this week’s KSAT Kids edition of “Kids Wanna Know,” some second-grade students got the chance to interview Santa.

The students listened as Santa explained how old he is and how he gets in a house if there is no chimney. And what about his favorite food? It’s not what you think it is. Watch the extended interview and the “shorts” for more fun with St. Nicholas.

Santa tracker: Follow Santa Claus as he makes his way to you!

Santa or Santa Claus is also known as Father Christmas, Saint Nicholas, Saint Nick, Kris Kringle.Santa is said to bring gifts on Christmas Eve with the help of elves who make gifts in his workshop at the North Pole and flying reindeer who pull his sleigh on Christmas Eve.The first reference to Santa’s sleigh being pulled by a reindeer appears in Old Santeclaus with Much Delight, an 1821 illustrated children’s poem published in New York. (from Wikipedia).Clement C. Moore’s poem A Visit from St. Nicholas (also known as ‘Twas the Night Before Christmas), is credited for naming eight reindeer Dasher, Dancer, Prancer, Comet, Cupid, Donner (originally Donder) and Blitzen. Rudolph joined the team later.

Looking for more fun learning? Check out a fun-related activities sheet below!

Interested in bringing noun to your school or classroom and take part in an interview? You can do so by clicking here. The animated class interviews will be shown online and in our free KSAT Kids newsletter and may also be seen in future newscasts!