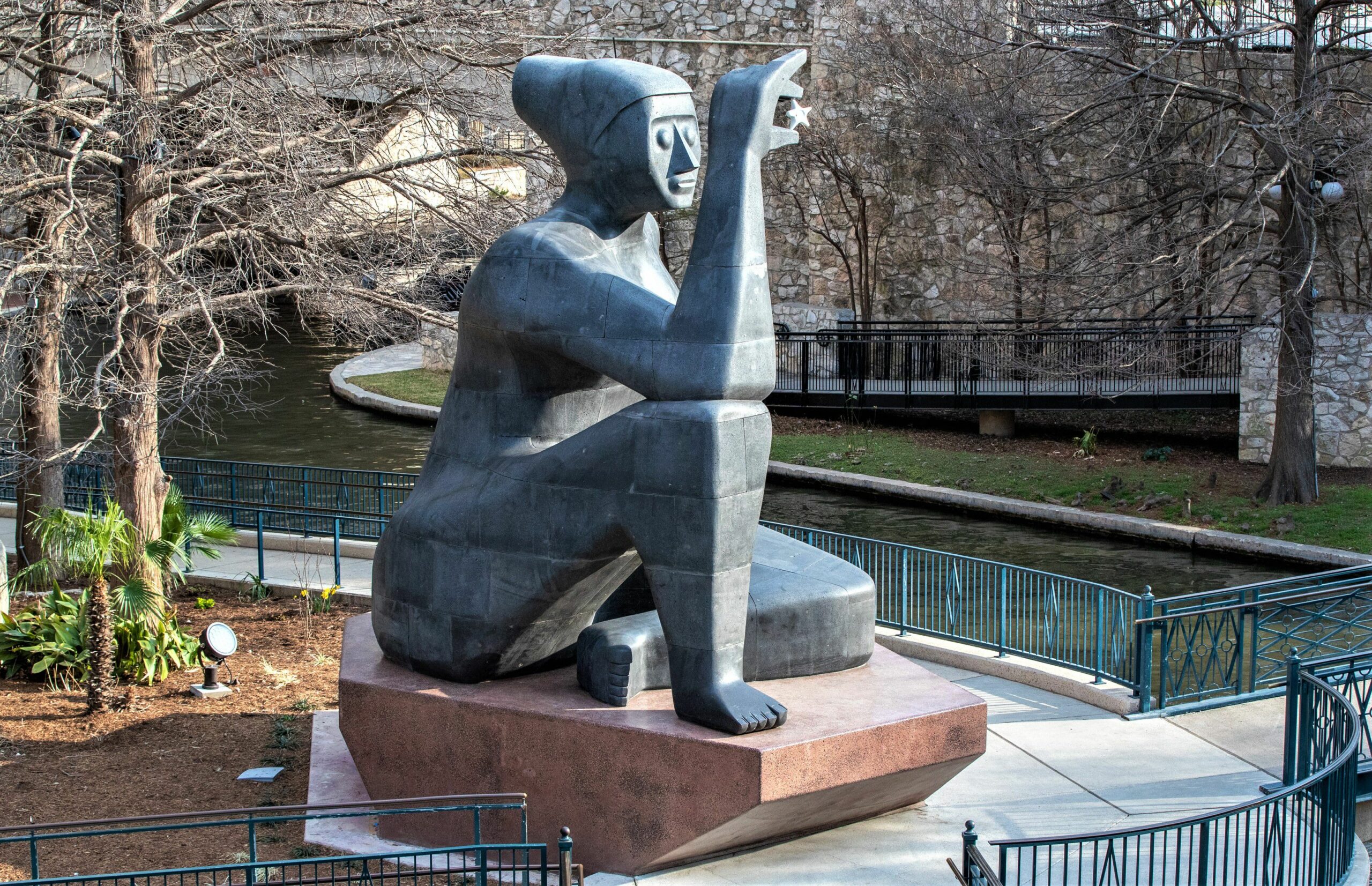 The City of San Antonio has unveiled the 16-foot “Stargazer (Citlali)” sculpture in the heart of the River Walk.

“Stargazer (Citlali),” from Mexican artist Pedro Reyes, is located on the river at the fork between The Shops at Rivercenter and Henry B. González Convention Center.

It’s not easy to miss — the sculpture consists of a seated woman holding up a marble star in between her fingers while gazing at it. The woman was made with more than 80 pieces of Mexican volcanic stone, officials said in a news release on Monday.

The piece was placed on a 5-foot-tall base, so she towers over the busy intersection.

“I wanted to offer a work that transcends the relatively recent borders and boundaries we know today to offer an ageless perspective in celebration of San Antonio’s more than three hundred years of distinctive history and culture,” Reyes said in the release.

“The star could be a star like the ones that shine over San Antonio each night — the same ones that have been contemplated by all peoples throughout the region’s human history, the same ones that inspire awe and wonder as they help us glimpse our place in relation to the universe and to time.”

The release added that “Citlali” means “star” in Nauhatl, the indigenous language of Mexico City, which is Reyes’ hometown.

This is the latest installation in the River Walk Public Art Garden, which includes “Bloom” and “Green Spaces at Market Street.”

“The River Walk Public Art Garden has been an extensive, multi-year project that celebrates the spirit of connection with artworks by several San Antonio Artists intermingled with pieces by international artists,” Krystal Jones, the interim executive director of the Department of Arts & Culture, said in the release.

Jones added that the installation “continues to help redefine the River Walk experience as a global public art destination.”

For a map of downtown public art installations, click here.