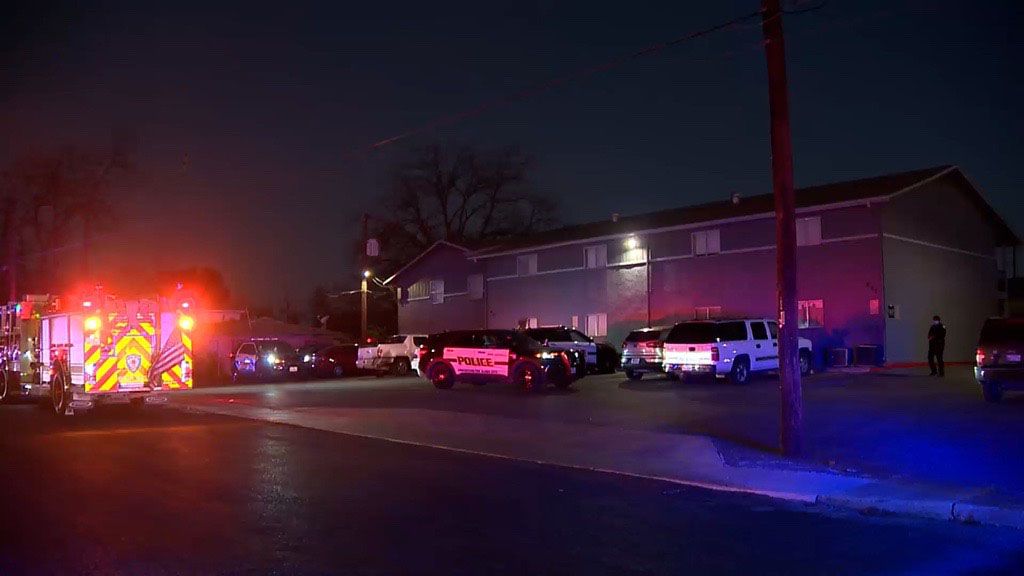 An argument turned shooting at a Southeast Side apartment complex left two people dead and two others injured, according to San Antonio police.

The shooting happened around 6:30 a.m., Sunday, at an apartment complex in the 400 block of Montrose.

San Antonio Police Chief William McManus said officers were initially called for reports of an altercation turned shooting inside of an apartment.

When police arrived, they found a woman sitting outside in front of an apartment with a gunshot wound.

She told officers she awoke to an argument inside of her apartment involving two people — a man and a woman in their early 20s.

The situation escalated when she heard gunfire, and she was also struck by a bullet that went through the wall, according to Chief McManus.

Police said the man and woman were found fatally shot inside of the apartment.

Upon further investigation, officers located a fourth person who was injured by the gunfire in another apartment across the street from where the shooting happened.

Chief McManus said the four person, a man, was injured by gunfire and had gone to the other apartment after the shooting. At last check, he was in critical condition.

Police believe the incident is likely drug-related, but it’s unclear who the shooter was or if any rounds were returned. The investigation is still preliminary.

Woman killed, 5 others injured after crash on Northwest Side, police say