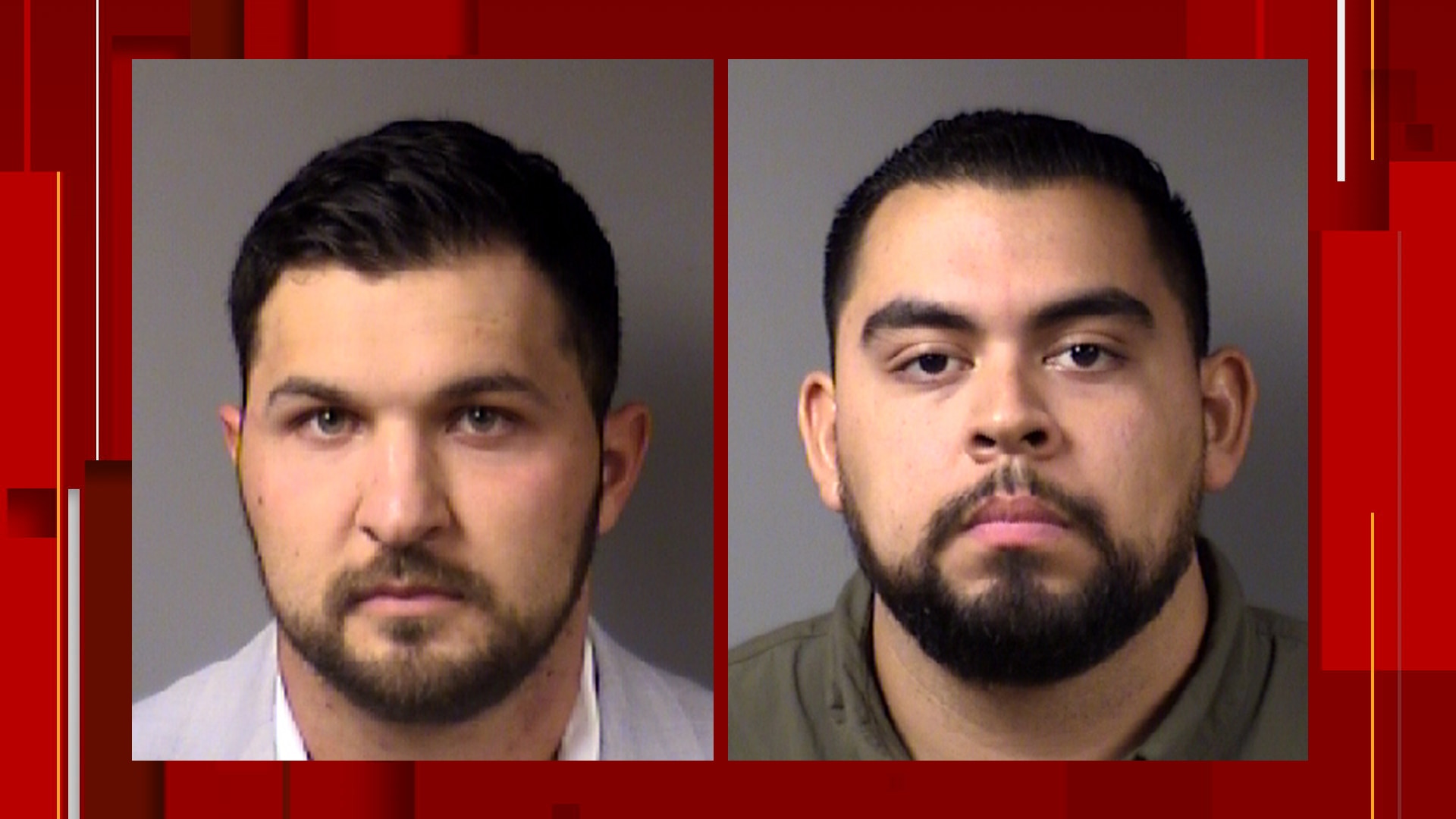 Two former San Antonio police officers are out on bond from the Bexar County Jail after they were charged with aggravated assault, court records show.

Carlos Castro and Thomas Villarreal were arrested Friday but have since been released on $25,000 bond each. The two men were fired from SAPD last year due to excessive use of force.

On Wednesday, Castro and Villarreal were indicted by a Bexar County grand jury. They are charged with aggravated assault by a public servant, a first-degree felony, sources confirmed on Thursday.

The incident occurred on Jan. 16, 2020, during the arrest of Eric Wilson, who was taken into custody on suspicion of evading arrest and possession of a controlled substance. Court records showed both charges were dismissed later that year because Wilson was already serving time in federal prison on drug charges.

That night, officers pulled over a car that was traveling 48 mph on North Walters Street, where the speed limit is 35 mph. The car also failed to signal prior to turning onto Lamar Street, police said.

Officers activated their emergency lights and approached the car, which had pulled into a driveway.

Eric Wilson, who was driving the car, got out of the vehicle and walked away from officers, who noted that the vehicle was emitting a strong odor of marijuana, according to the police report.

As officers detained Eddie Wilson, Eric Wilson walked into the home and closed the door on the police officers, according to the police report.

Villarreal and Castro kicked in the door “in an attempt to force their way in,” according to the suspension document. The officers “entered a private residence without consent, without a warrant and without exigent circumstances for the purposes of effecting a misdemeanor arrest,” administrators wrote.

The officers said when they got inside the home, Eric Wilson continued to resist arrest, so Villarreal unsuccessfully deployed his taser, according to the police report.

As officers struggled with the suspect, Castro and Villarreal feared Eric Wilson might reach for a weapon, so they punched him repeatedly until they were able to handcuff him. Both officers had Eric Wilson’s blood on their bodies, according to the police report. Villarreal sustained a bruised hand from the incident.

In Eric Wilson’s mugshot, injuries were visible around both of his eyes.

Eric Wilson has a long criminal history in Bexar County, dating back to 1988, according to court records, including a murder conviction in 1988. At the time of his arrest, Wilson was on federal probation, according to the police report.

Villarreal and Castro were fired in July 2020 after their conduct was investigated by the department’s internal affairs unit.

“Excessive use of force will not be tolerated within this department. The actions that these four officers showed on two separate incidents are indefensible and do not align with our use of force policy, de-escalation tactics, and our guiding principles,” Police Chief William McManus said shortly after the officers were fired. “SAPD will continue to hold its officers to the highest standard of conduct and impose discipline when warranted in order to maintain the trust and confidence of our community.”

If convicted, the former officers could face up to life in prison.