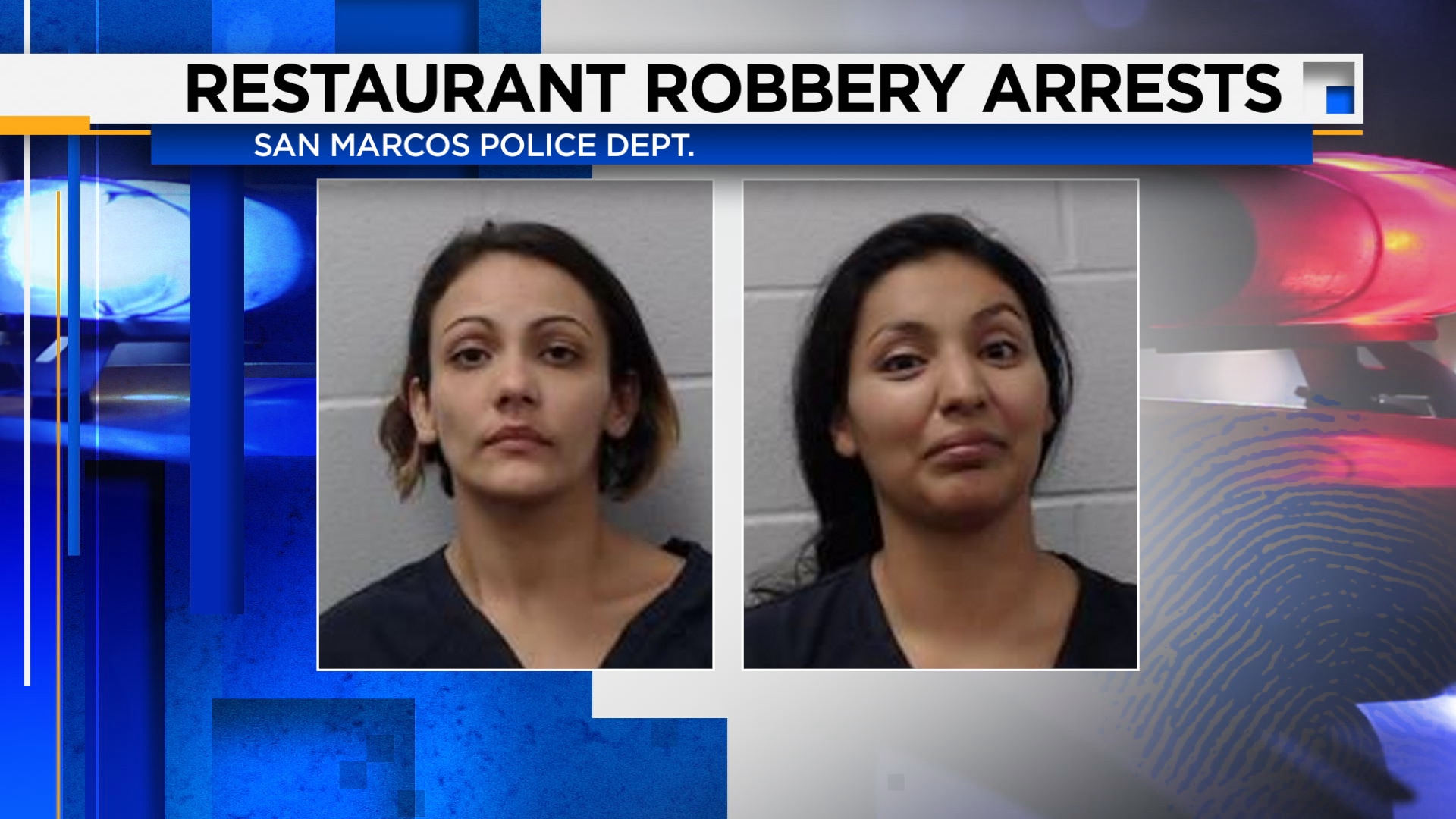 Two San Antonio women have been arrested on several charges in connection with a robbery in San Marcos.

The San Marcos Police Department said Lyndsey Garza and Emily Gonzalez went into a restaurant, fired a weapon and demanded cash. They drove off and led officers on a high-speed chase, officials said.

SMPD said the women eventually crashed into a concrete barrier on I-35 and tried to run off, but they couldn’t get away.