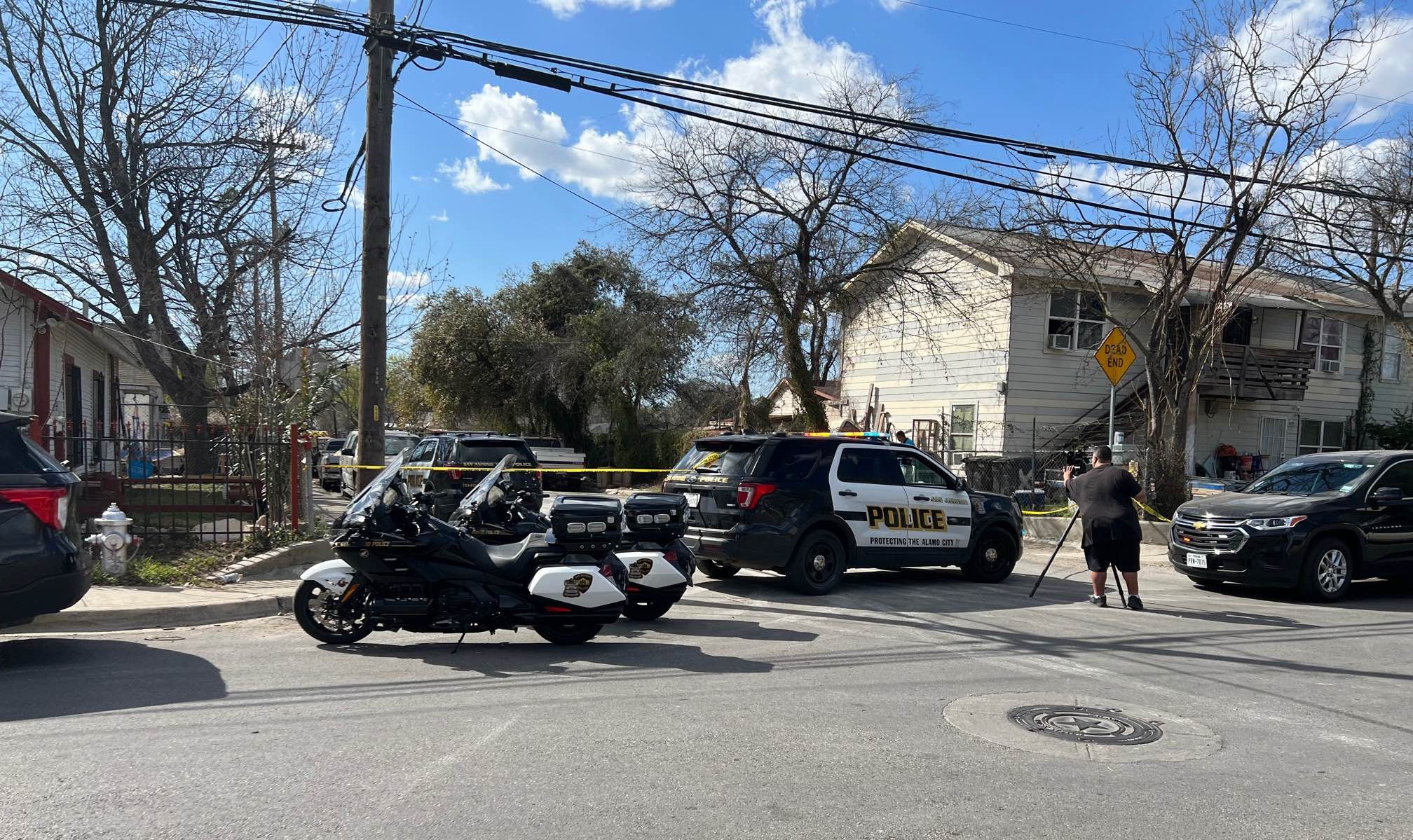 Three San Antonio police officers shot and killed a 27-year-old man who Police Chief William McManus said pulled a gun on them Monday on the city’s West Side.

McManus said the officers were on routine patrol in the vicinity of North Hamilton and West Laurel, near Woodlawn Lake Park, when they came across the man.

The officers tried to stop him, but he ran and at some point pulled a gun from his waistband, McManus said. At that point, the officers opened fire on the man, killing him.

McManus said the man was wanted on two felony warrants, including assault of a police officer and felony possession of a firearm.

The officers involved in the shooting have been with the department for 4, 5 and 16 years, McManus said.

McManus said he didn’t know how many rounds the officers fired, but a woman who described herself as the man’s sister said he was shot nine times.

“They kept shooting him cuz he wouldn’t fall down,” the visibly upset woman told reporters.

We’ll have more information on this incident as it becomes available.