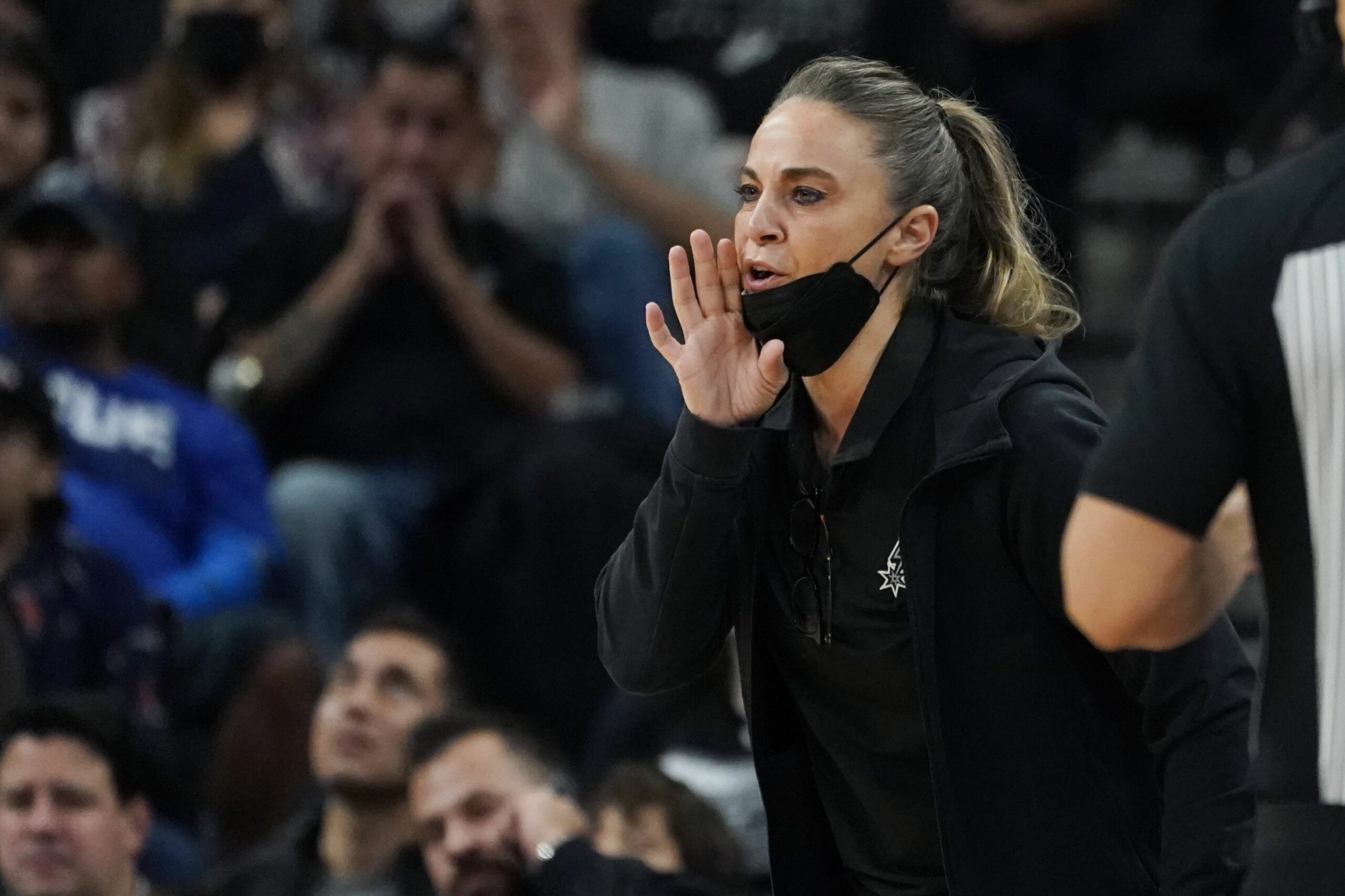 Hammon said taking over as head coach of the Aces was an opportunity she could not pass up. Still, she had many sleepless nights debating whether to leave the San Antonio Spurs organization and NBA to return to her roots in the WNBA. Hammon played 15 seasons in the league and was a six-time all-star with the New York Liberty and the San Antonio Stars, who later became the Aces.

She said after eight years as an assistant with the Spurs under Gregg Popovich, she wanted the opportunity to lead a team, build a roster and sit in the “big seat.”

Becky Hammon speaking to media for the first time since accepting Las Vegas Aces coaching position said she had many sleepless nights debating whether to leave Spurs/NBA but LV was willing to give her an opportunity and she’s ready to sit in the “big seat” and lead a team. pic.twitter.com/rFDgXKn8yu

The Aces front office initially inquired whether Hammon would be interested in leaving the Spurs to return to the WNBA when her jersey was retired in September.

Hammon said Aces owner Mark Davis and president Nikki Fargas made it clear over the past few months that they wanted Hammon to be the Aces head coach and had no reservations about that decision. Hammon has previously interviewed for several NBA head coach openings but hadn’t received an offer to be the first woman to lead a team.

“I sat in on a lot of head coaching interviews, and one or two things that a lot of people said was that you’ve only been in San Antonio, and you’ve never been a head coach,” Hammon said Monday. “I can tell you right now that Mark Davis met me, Nikki met (me) and said, ‘That’s a head coach right now. We’re going after her. She’s the person.’ So, that’s why they got me, and I couldn’t be prouder to come back to the ‘W.’ It’s where I’m from.”

Hammon also alluded to some criticism that going back to the WNBA is a step back for her career.

“This a step forward and a step in the right direction for myself and women’s basketball. I can not emphasize the importance of this opportunity that I have. This is more advantageous for growth. There’s something to being a head coach,” Hammon said.

She has been a basketball pioneer and accumulated many coaching “firsts” in the NBA. On July 3, 2015, she became the first woman to serve as head coach in the NBA’s Summer League, where she led the Spurs to the league title. Nearly a year ago, she became the first woman to lead an NBA team as a head coach for a regular season after Popovich was ejected.

“Becky has become an integral part of our program in every way, shape and form,” said Popovich. “This is a great opportunity for her to highlight her many skills. Her intuitive feel for the game and ability to teach will serve the Aces very well as she institutes her system and culture.”

Hammon said on Monday she had no intentions of leaving the NBA at the moment but is now ready to accept another career challenge.

“I couldn’t be happier to come back, give back and invest in these girls, not only as basketball players but as young women and as leaders — not only in the community but in the world. So I am stoked,” Hammon said.

Hammon is expected to remain with the Spurs as an assistant through at least April. The WNBA season begins on May 6.

The Aces finished with the second-best record in the WNBA last season at 24-8 before falling to the Phoenix Mercury in the semifinals. The franchise, looking for its first WNBA title, has a solid core led by former MVP A’ja Wilson.