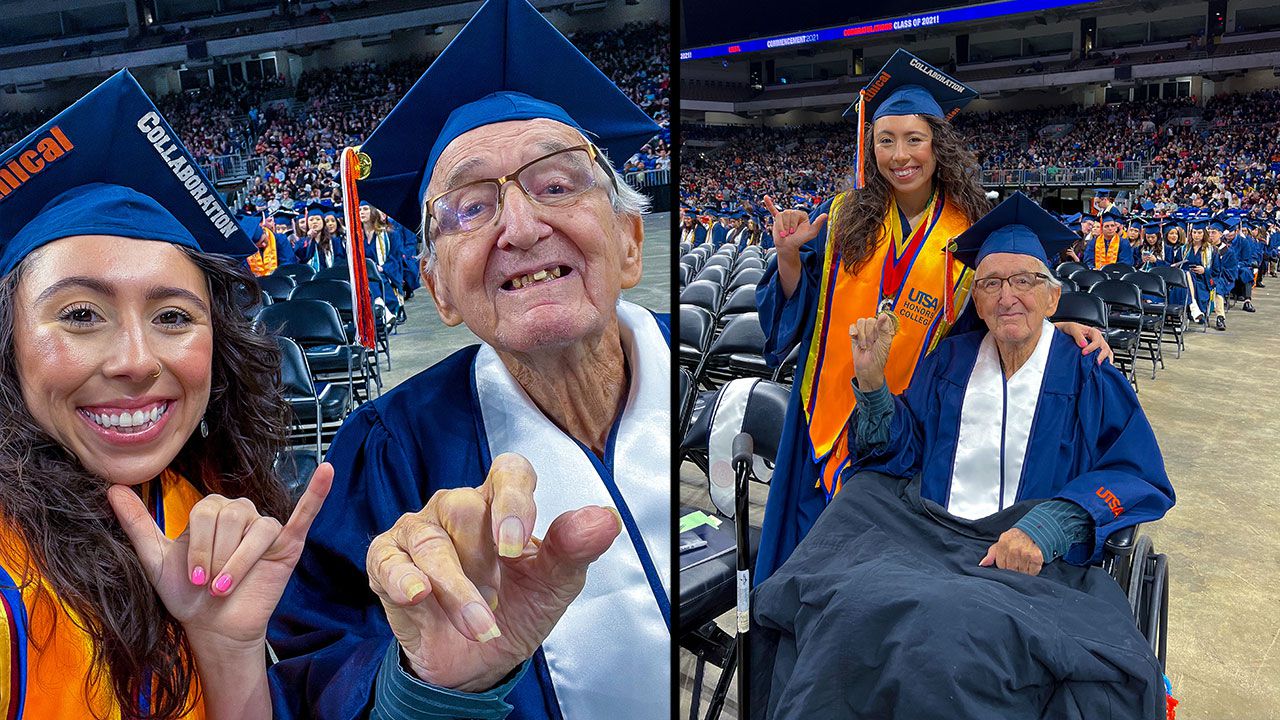 An 87-year-old and his granddaughter marked a major milestone at the University of Texas at San Antonio last month when they crossed the stage together for the December commencement ceremony.

Melanie Salazar and her grandpa, Rene Neira, both received degrees on Dec. 11 and were able to end their academic journey together.

Salazar spoke with KSAT 12 and said she is “very thankful to have shared that moment together” with her grandpa after he originally started his studies at St. Mary’s University in the 1950s.

She said Neira fell in love, started a family and began working at a bank, which put his academic career on hold.

“Throughout that time he did a lot of advocacy for the Chicano movement and the economic development of the South Side of San Antonio. He was civically engaged and through his activism, he grew his interest in economics,” Salazar said.

Neira went back to school again at the same time Salazar started classes and the two graduated from Palo Alto College with their associate degrees, walking arm-in-arm across the stage in 2017.

Neira took a few classes at Texas A&M San Antonio before transferring to UTSA where Salazar was studying.

Neira ended up having to take medical leave from school after suffering a stroke, according to Salazar.

“Soon after, the COVID-19 pandemic began and classes all went online. With his continuing declining health and without being technologically inclined, he was not able to fully finish his degree,” Salazar said.

ICYMI: Something very special happened this weekend at #UTSA Commencement: Rene Neira, 87, crossed the stage with his granddaughter, Melanie Salazar. She received her B.A. in Comms. He will earn his B.A. in Economics. Family goals!

According to a Facebook post from UTSA, Neira is terminally ill and now in hospice care, but is only a few credits shy of earning his Bachelor’s Degree.

Despite being a few credits short, Salazar and her family successfully advocated for Neira’s work to be recognized.

Salazar said Neira was given a Degree of Recognition and wants to “share the message that anyone can go to school or go back to school to earn your education.”

“If Rene with hearing loss, declining health, without a car, was able to do it, so can you,” Salazar said.

The pair went viral after Salazar pushed Neira across the stage, making it to the Good News Movement on Instagram where their story has garnered more than 52,000 likes.