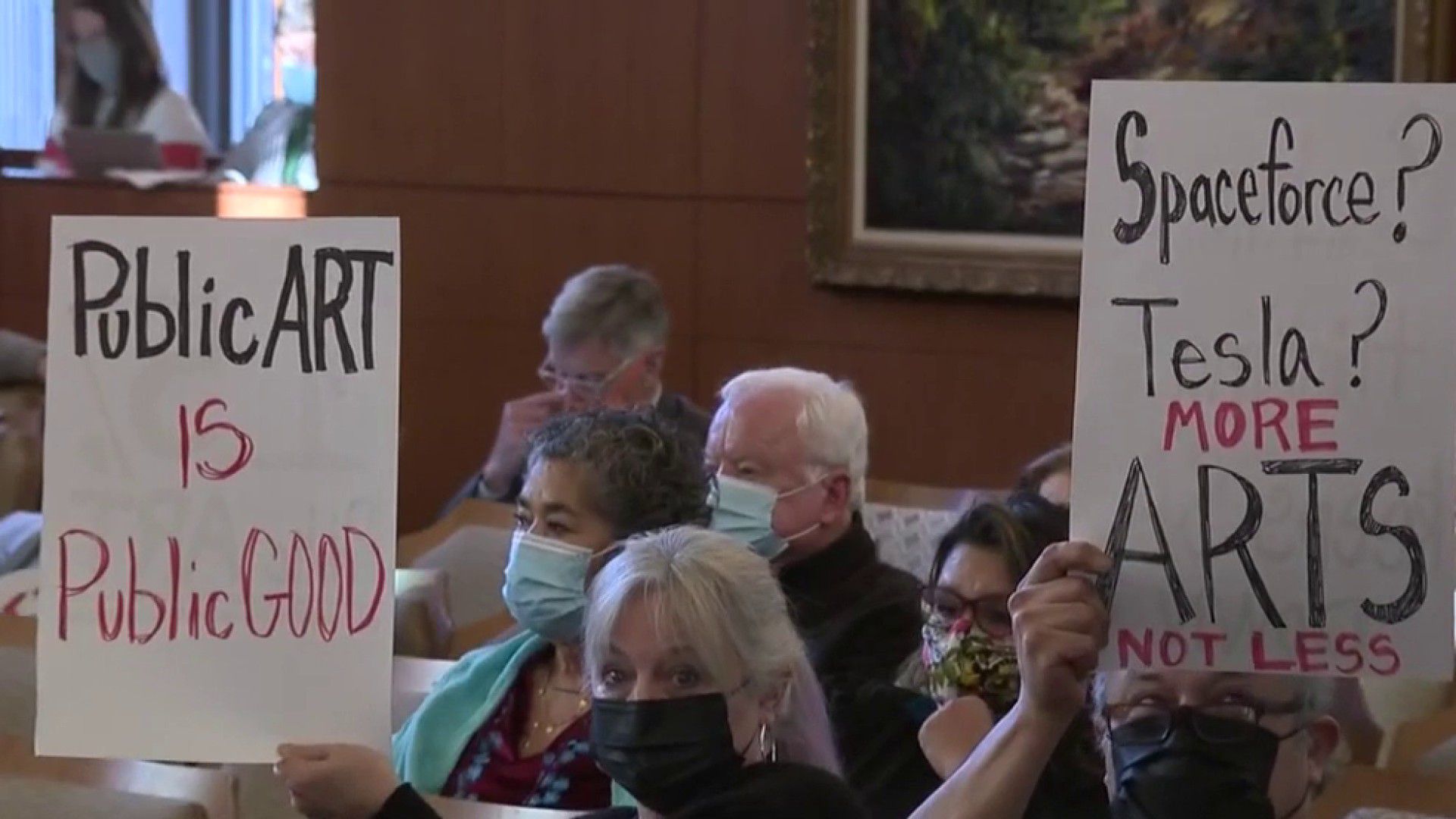 Out of the nearly $45 million in changes a series of citizen committees recommended to the upcoming bond program, cutting the portion set aside for public arts by $3.8 million grabbed the most attention on Wednesday.

The city is preparing to put a $1.2 billion, five-year bond program in front of voters for the May election. As part of the process to determine what will be included, the city relied on five committees comprised of council appointees for recommendations.

While the majority of the bond program is for large projects like streets, parks, city buildings, and drainage, a small portion is set aside to pay for public art projects.

In 2017, 1% of the total bond, excluding the portion for neighborhood improvements, was set aside for that purpose. This time, city staff and city council had proposed raising that to 1.5% of each portion of the bond program, excluding housing – about $15.7 million in all.

However, as the bond committees tried to prioritize projects for this bond program, some of them turned to the public art allotment as a way to stretch their portion of the bond further.

The parks committee recommended taking $1.3 million out of its public art allotment, knocking that section down to 1%. The drainage committee went even further and slashed the entire $2.5 million of public art dollars from its recommendations.

As a result, the remaining $11.8 million in public arts funding worked out to a 1.1% average of the non-housing portions of the bond.

District 10 Councilman Clayton Perry, pointing out that the streets committee also considered cutting a portion of its public art allocation, used the recommended reductions to argue for a basics-first approach to the bond.

“I think people across the city are saying, ‘yes, we do need to pay more attention to our infrastructure,’” he said.

It was an unwelcome change, though, to arts supporters who held up signs during council discussion, and voiced their ire from the podium during the citizens-to-be-heard session following the council discussion.

“If we had known that art – the 1.5 percent art – was on the block, we would have been there,” said one woman. “We would have said something to you. We would have compelled you to hold by your word.”

The council members still could “hold by (their) word,“ as that speaker suggested.

The committees’ project lists are just recommendations; it’s council members who have the final say on what gets packaged into the bond proposal.

If council members want to bring the public arts funding back up to 1.5%, they can, though it could require cutting other projects out.

District 1 Councilman Mario Bravo seemed torn between sticking to the recommendations the bond committees had been tasked with providing, and providing more funding for public arts.

Council members suggested possibilities from freeing up more money by funding projects with federal dollars from American Rescue Plan Ac tinstead, to straight cuts of bond projects, to putting more of a focus on arts funding in the annual budget.

Walsh told reporters after the meeting that he planned to provide options to council members, who are scheduled to vote on a final project list on Feb. 10.

Once they approve a bond proposal, it will be put in front of voters as a series of propositions in the May 7 election.

Walsh also noted the $11.8 million the bond committees recommended for public art is still $3.6 million more than what was in the 2017 bond.