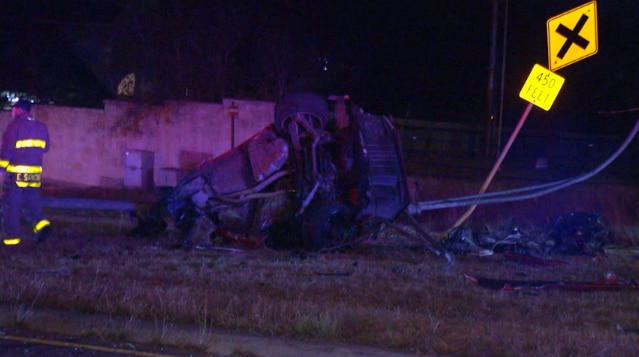 The crash occurred around 12:20 a.m. in the 3500 block of Wiseman Boulevard, not far from Westover Hills Boulevard and Hunt Lane.

According to police, a man driving a corvette was traveling was at a high rate of speed when he lost control and hit a tree. Police said the man rolled the car and was ejected from the vehicle. The man was pronounced dead at the scene.

SAPD said no other vehicles were involved in the crash. Officers and firefighters are searching the area around the crash to make sure nobody else was thrown from the car.

The name of the man killed has not been released, pending notification to next of kin.