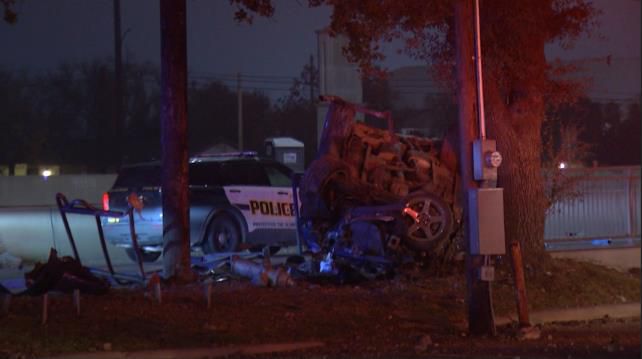 According to police, the driver of a sport utility vehicle had just left a party and rolled his vehicle, crashing into a utility pole. The man in his 40s was pronounced dead at the scene.

SAPD said a passenger inside the SUV had only a scratch as a result of the crash. No other vehicles were involved.

At this time, the cause of the crash is not currently known. Police said alcohol may have played a factor.