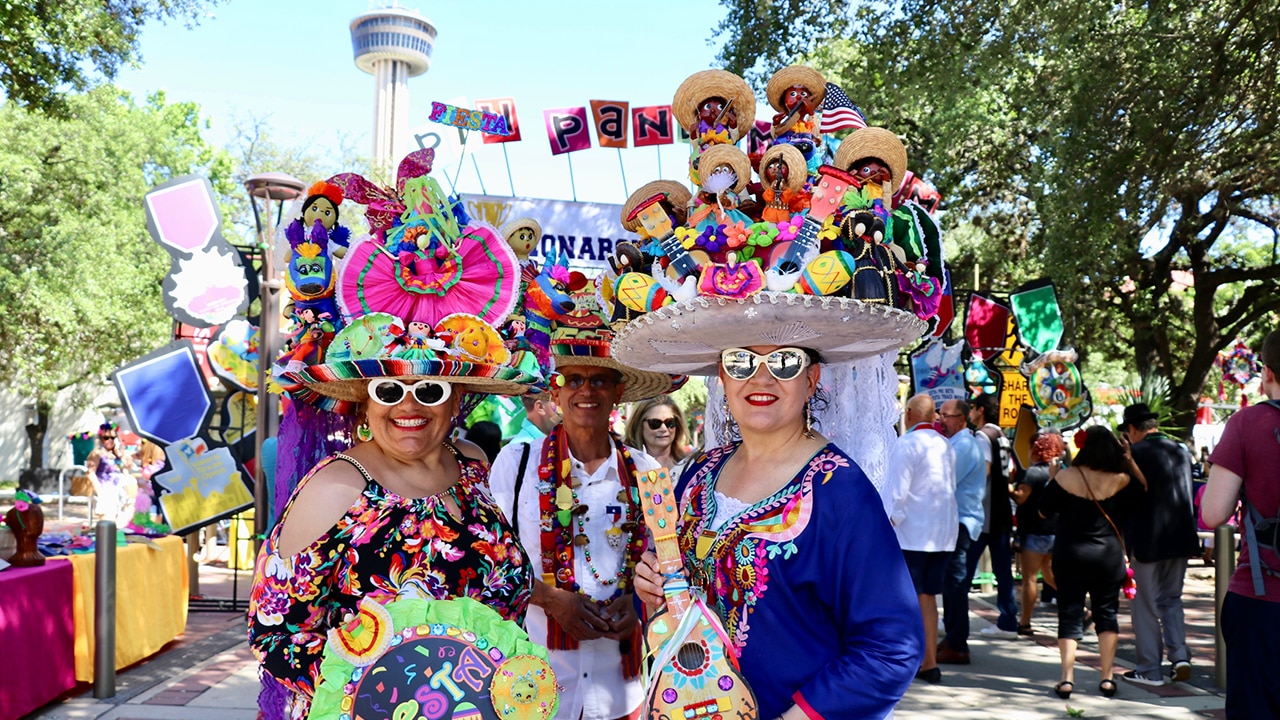 I’m not from here but I went to my first Fiesta about 10 years ago and fell in love. The city comes alive and people are just happy — can’t be too sad with all that good food.

That’s why I’m so excited that Fiesta is making a comeback this year and getting back to its roots with a full lineup of events and a return to springtime dates, which means better weather for some of your favorite events.

This year Fiesta will take place from March 31 to April 10.

KSAT already has a list of the major Fiesta parades and when they will take place, including the events that will be televised on KSAT 12 and livestreamed online and on the KSAT app.

Last year, many events were canceled outright and others were postponed until June, in swelteringly hot under a Texas summer sun.

This year, make sure you check the weather forecast from the KSAT meteorologists before you head out and dress accordingly. (Say hi to Adam Caskey, too, if you see him wandering around with the Cañón de Caskeyrón.)

This year will also mark the return of Fiesta favorites like the Battle of Flowers and Fiesta Flambeau parades, which haven’t been seen on the streets of San Antonio since 2019.

There will be roughly 100 Fiesta events this year based on the official Fiesta calendar — double the number of events that took place in 2021.

That’s great news for Fiesta fans and also for the city, since Fiesta is the largest annual event in San Antonio and generates more than $340 million in economic impact for the community.

An economic impact study from the University of Texas at San Antonio found that roughly 2.5 million people attend Fiesta and thousands of jobs are created annually for the event.

Here are links to the complete list of day-of events for San Antonio’s party-with-a-purpose:

Here’s when all the major Fiesta parades will take place in 2022 and when you can watch them on KSAT 12, KSAT Plus (our free streaming app) and on KSAT.com:

The first Battle of Flowers Parade took place in 1891 by a group of San Antonio citizens who were looking to honor the heroes of the Alamo and the Battle of San Jacinto. Fiesta has been celebrated every year since, except 1918 during World War I, 1942-1945 during World War II and 2020 and 2021 due to the coronavirus pandemic.

VIA Park & Ride offers hassle-free transit to major Fiesta events at a cost of $2.50 for a one-way ticket. Discounts are available for children, seniors and students. Via will list the service times and locations on the website as soon as they are available.

Here is a map to some of the main parking garages downtown if you’d prefer to drive.

Families around San Antonio are already getting into the Fiesta spirit for the 2022 Fiesta Porch Parade.

The Battle of Flowers Association and the Fiesta Flambeau Parade Association, Inc, are once again collaborating on a safe, virtual event designed to encourage and support the spirit of celebration by holding a city-wide decorating competition for residences, schools, and businesses.

Is your porch decked out in Fiesta fun? Take a picture of your porch and submit it to KSAT.com. The contest kicked off on Feb. 28 and judging begins March 18.

Need some inspiration? Click Here for some photos of last year’s entries.

Full details on the porch parade can be found here — including a list of pretty awesome prizes.

Want to know how much Fiesta-goers are chowing down during the 11-day festival? Here’s the breakdown of food consumed, according to the Fiesta Commission:

Here’s what the Conservation Society says the “Night in Old San Antonio” crowd consumes during an average year:

Pro Tip: Cash is king at Fiesta events and many events are cash-only. ATMs are sometimes available but lines get long and eating chicken-on-a-stick is more fun than standing in line to get cash.

See you guys out there!!