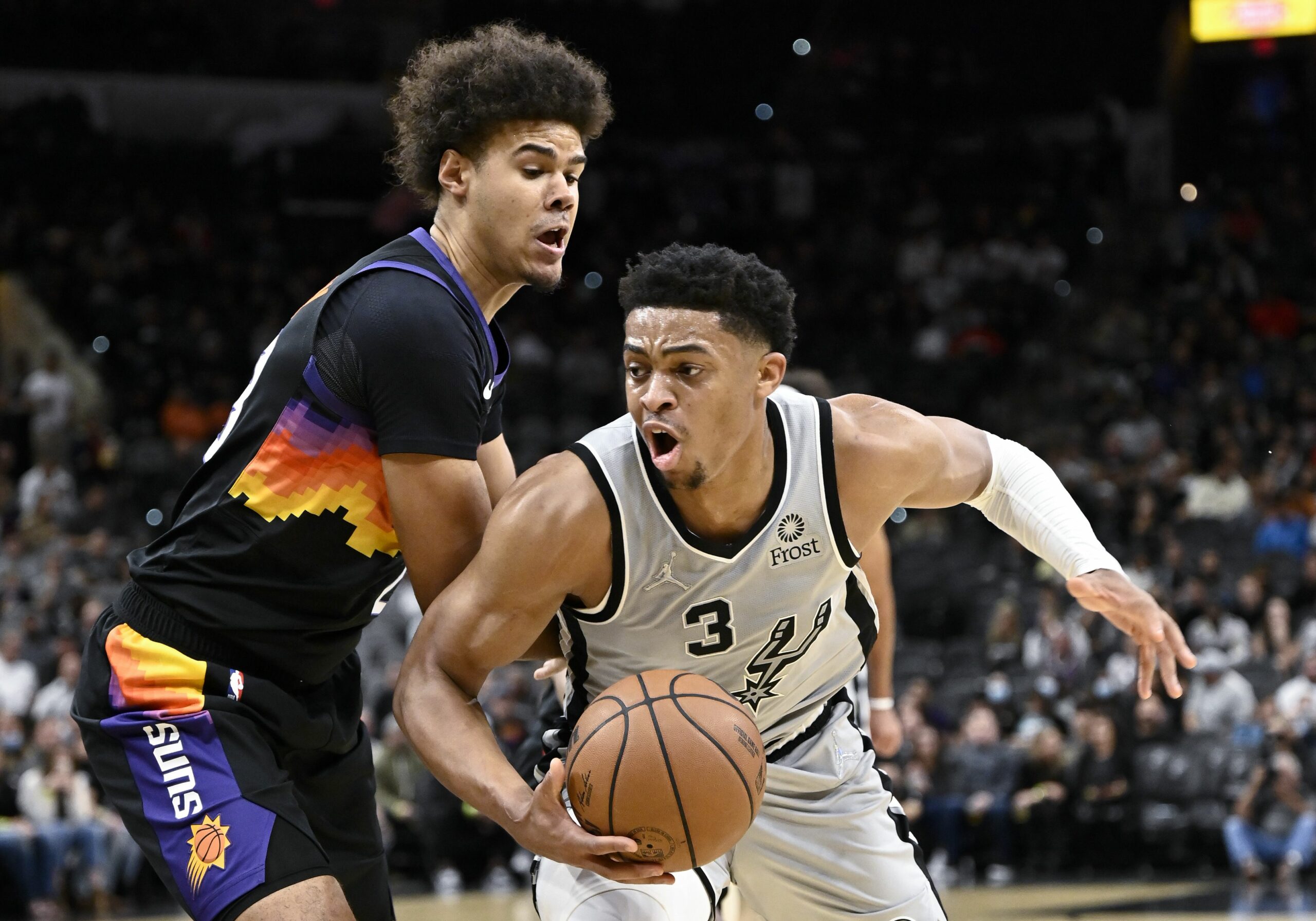 Four members of the San Antonio Spurs have been added to the NBA’s health and safety protocols Thursday afternoon and are out for Friday night’s road game against the Philadelphia 76ers, according to the team.

Derrick White, Keldon Johnson, Devin Vassell and Thaddeus Young have all apparently tested positive for COVID-19. They now join Doug McDermott, who is still listed as out for Friday night’s game. Lonnie Walker IV is currently listed as questionable in his return to competition due to reconditioning.

This is by far the worst outbreak of COVID-19 to hit the team this season. After testing positive and missing five games, guard Dejounte Murray returned to the lineup Wednesday night against Boston and scored 22 points in a 99-97 victory. He was cleared from COVID-19 protocols last Saturday, Jan. 1, but still missed the next two games against the Pistons and Raptors — both losses — due to reconditioning.

Tipoff between the Spurs and 76ers is set for 6 p.m. on Friday.