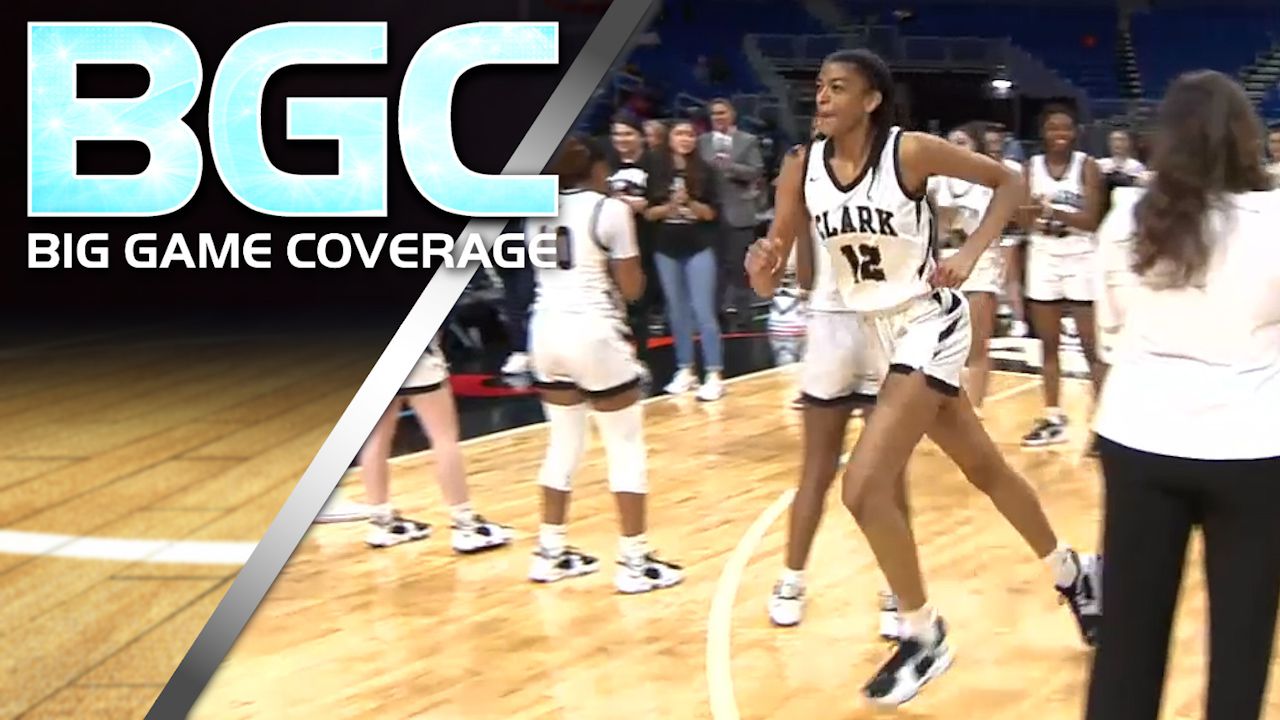 After a thrilling victory over Steele in the Class 6A Regional Final, Clark took the court at the Alamodome on Friday night for the program’s first ever UIL State Tournament. Standing in the Cougars’ way: the defending state champion DeSoto Lady Eagles.

Clark asserted themselves late in the first quarter. Arianna Roberson capped a 6-0 run with a buzzer-beating layup at the end of the first quarter to give the Cougars a 16-11 lead. A three-pointer from Ramsey Robledo and a pair of free throws from senior Aaliyah Roberson put Clark up 23-17 in the second quarter, but the Lady Eagles closed the frame on a 14-3 run and entered halftime with a 31-26 advantage.

The Cougars regrouped and dominated the early stages of third quarter. Hailey Adams tied the game at 33-33 with a three-pointer, and Aaliyah Roberson forced a DeSoto timeout with back-to-back baskets that put Clark up 37-33. Unfortunately, that would prove to be the Cougars’ last lead. The Lady Eagles pieced together a 5-0 run to lead 38-37 entering the final frame, and then built a 14-point lead on Jiya Perry’s three-point with 2:46 left in regulation. One last rally wasn’t in the cards, as Clark fell 56-47. Aaliyah Roberson finished tied with Robledo for a team-high 12 points. Perry led the game with 15 points.

Clark ends their season with a 35-3 overall record.