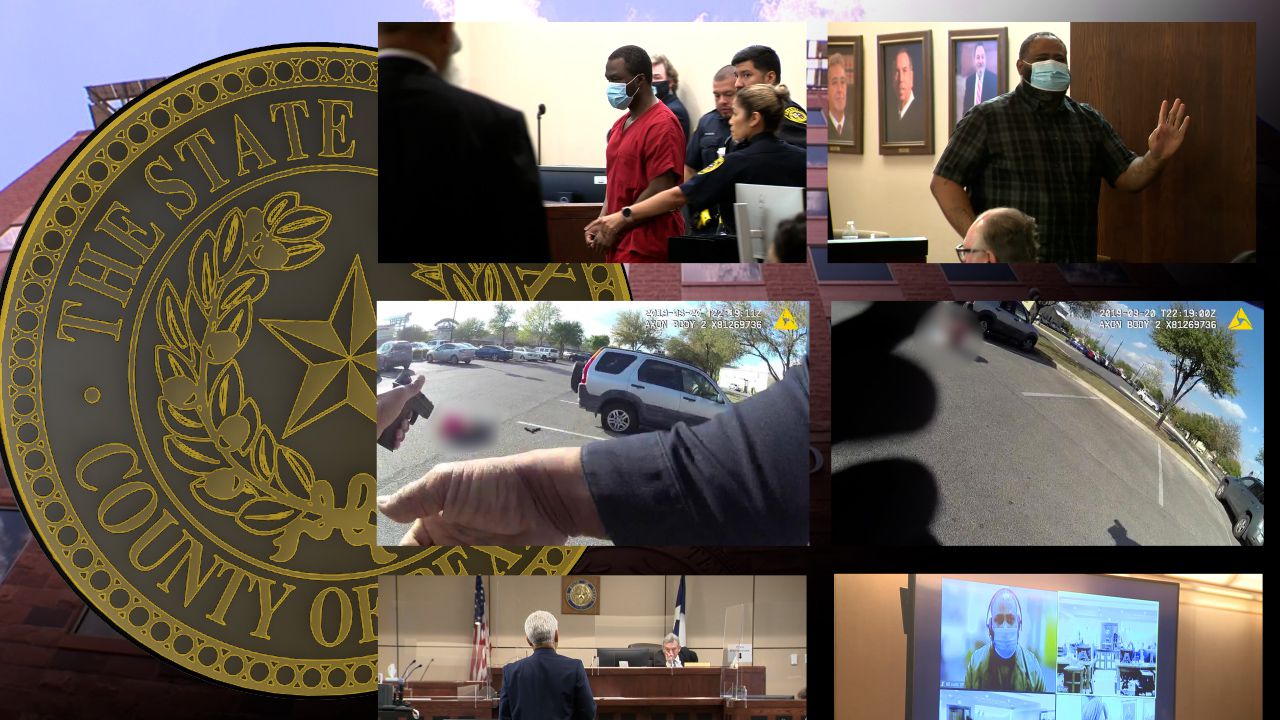 While the issues have not been discussed publicly by agency leadership, the pattern is a growing source of contention behind closed doors.

One of the pressure points is the transfer of dash camera video evidence between SAPD and the DA’s office.

“Neither case on paper looked very good for the defense,” said Gilmore, referring to the 2020 charge of evading arrest with a motor vehicle and an unrelated 2019 felony drug possession case, both filed in 290th District Court.

While some attorneys would celebrate the dismissals and move on, Gilmore is instead sounding the alarm, pointing out that he was unable to access crucial video evidence in either of the cases.

“On an evading case, where the whole thing is a traffic incident, I need to see what happened,” said Gilmore. “Is she really driving for 20 miles before stopping or is it 10 feet? Like, I need to know what it is. And if I don’t have that dash cam, I can’t make that determination.”

SAPD officials conceded in a written statement that in the evading case, the dash cam footage, also known as COBAN, “was not appropriately tagged with the associated case number” and therefore wasn’t downloaded by the prosecutor’s office.

“It was not discovered until later that (the video) was not downloaded, and when the prosecutors went to retrieve the video, it had been purged in accordance with the Department’s video retention system for untagged videos,” an SAPD spokeswoman wrote last month, adding that the department is now attempting to recover the file.

Asked about the case, a DA spokeswoman released a general statement via email blaming the issues on the “tremendous and increasing volume of video evidence submitted by law enforcement.”

Gilmore, who has law offices in San Antonio and Corpus Christi and defends cases in both federal and state court, said he is not buying it.

“The idea that ‘we got, we just got too many cases, you got to cut us a break,’ that’s nonsense,” said Gilmore.

Evidence mishandling and lapses in communication between the DA’s office and area law enforcement have hampered several high-profile cases recently.

In late October, murder defendant Andre McDonald saw his bond reduced by hundreds of thousands of dollars after prosecutors acknowledged in court they had recently been made aware of an entire share drive of evidence handed over by the Bexar County Sheriff’s Office in connection to the 2019 disappearance and death of McDonald’s wife, Andreen.

McDonald’s defense attorney, John Convery, told the court he was still receiving new discovery from the prosecution, more than two years after his client had been formally charged.

During the hearing, the prosecutor blamed the communication issues on COVID within the DA’s staff and the lead BCSO detective on the case going on leave with a serious medical issue.

The prosecutor said as many as 100,000 items were in the process of being reviewed to ensure they weren’t overlooked initially.

Visiting Judge Raymond Angelini said in open court it was not the only recent case where he has seen issues with evidence being handed over by either BCSO or SAPD.

“You have an obligation under 39.14 (Texas Code of Criminal Procedure) to turn over everything or you can’t be ready,” said Angelini, who pointed his finger at the prosecutor from the bench.

“You heard kind of the finger-pointing back and forth between the sheriff and the district attorney’s office. It’s really a mess,” Convery told the media after the judge reduced McDonald’s bond by $200,000.

After McDonald was granted another bond reduction following a separate hearing in early November, he was able to bond out of jail.

BCSO officials did not respond to repeated requests for comment from the KSAT 12 Defenders about the handling of evidence in the McDonald case.

Last month, a mistrial was declared in the capital murder trial of R.C. Curtis.

Even though Curtis is accused of murdering an elderly relative more than six years ago, both the prosecution and defense learned of additional evidence previously gathered and handed over by police, after the trial was already underway.

Like McDonald, Curtis was able to get his bond reduced and was released from jail late last month.

Gilmore offered a solution to the apparent communication breakdowns.

“There needs to be some kind of discovery conference with the defense and the DA’s office, where they get in the same room. They look through the box together and they make sure that we have everything that they have,” said Gilmore.

Fatal shooting by SAPD back in spotlight

District Attorney Joe Gonzales’ office, as of late last month, was reviewing for the second time the 2019 fatal shooting of a woman by an SAPD sergeant.

The investigation into the actions of Sgt. David Perry was reopened this summer, after a short clip of video recorded by Perry’s body-worn camera surfaced.

Officials, until July, had repeatedly said publicly that no body camera footage existed of the fatal March 2019 confrontation between Perry and Hannah Westall, who had a non-functional replica Uzi BB gun in her waistband.

While Gonzales claimed in July his office was not provided a copy of the 18-second clip, SAPD sources tell the Defenders that is not the whole story, and that prosecutors had access to it shortly after the shooting took place.

DA officials declined to make Gonzales available for an interview for this story.

In an email, a DA spokeswoman told the Defenders:

Gilmore said a partial solution could be on the horizon in the form of Senate Bill 111, which went into effect earlier this year.

The new statute requires law enforcement officers to certify in writing to the state that they have handed over all evidence in possession of their agency.

If additional evidence is acquired or discovered, officers must promptly disclose the information to the state, according to the legislation.