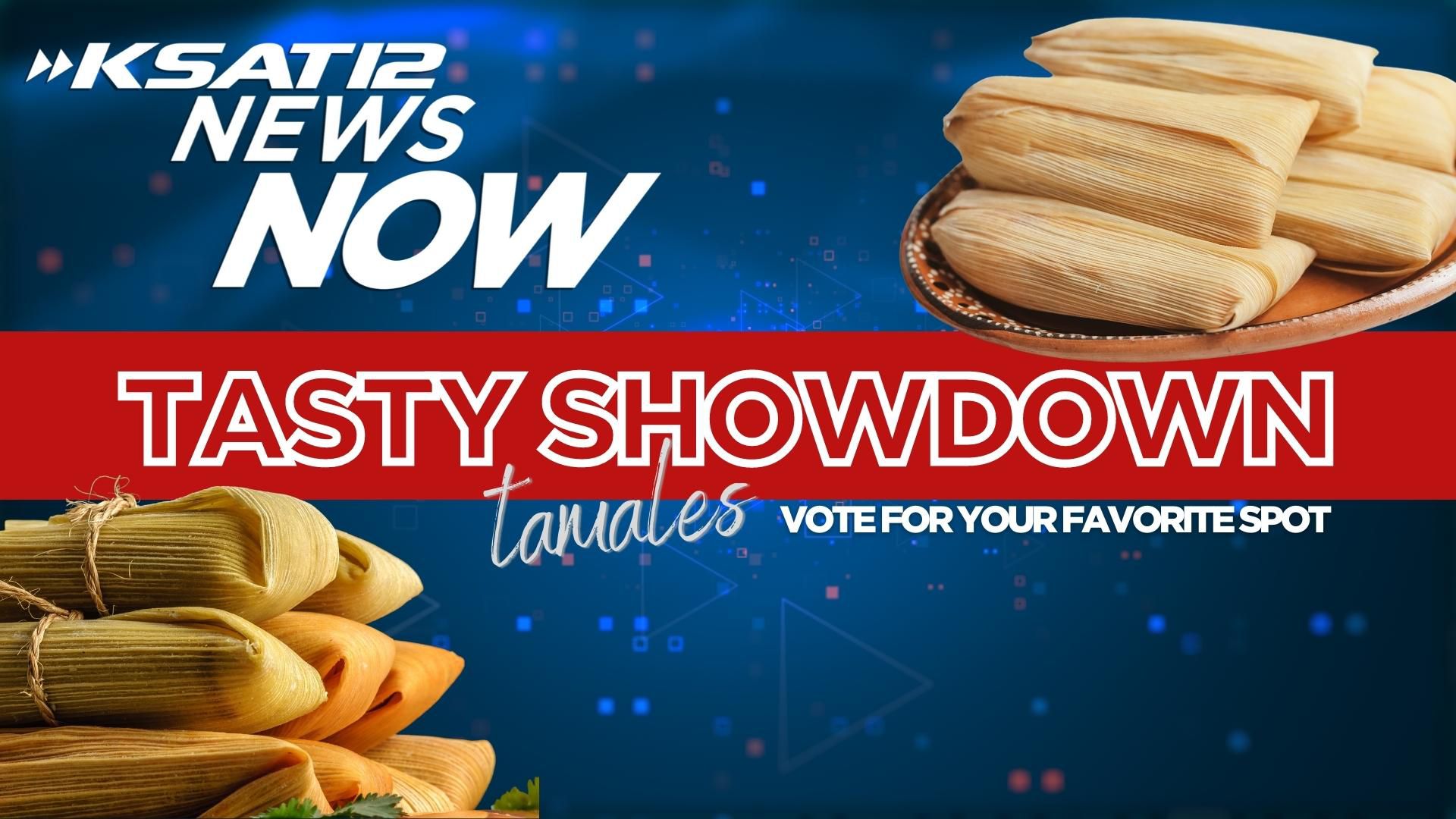 UPDATE: Six San Antonio Tamale spots have advanced to the second round of our tasty tamale showdown!

Hundreds of people voted in the first round as we went from 12 restaurants to six. Here are the final six.

Sharing or making tamales during holidays is a time-honored tradition for many Texas families.

Whether it’s beef, pork, chicken, verdes or rojos, tamales are part of our heritage.

And, in San Antonio, there’s no shortage of restaurants that make delicious tamales, sometimes year-round.

The origins of tamales in Central America date back to the Mesoamerican empire around 8000 to 5000 B.C.

They were considered the food of the gods for many Indigenous civilizations, including the Aztecs and Mayans.

They are made with masa or dough and can be filled with various items. Now we want to know what is your favorite home-grown tamale spot in San Antonio.

We’ve compiled 12 tamale locations in our area and want our viewers to vote for their top spots, and write-ins are allowed. The top six vote-getters will move onto the second round, and the third and final round will feature the top three tamale locations! SCROLL DOWN TO VOTE.