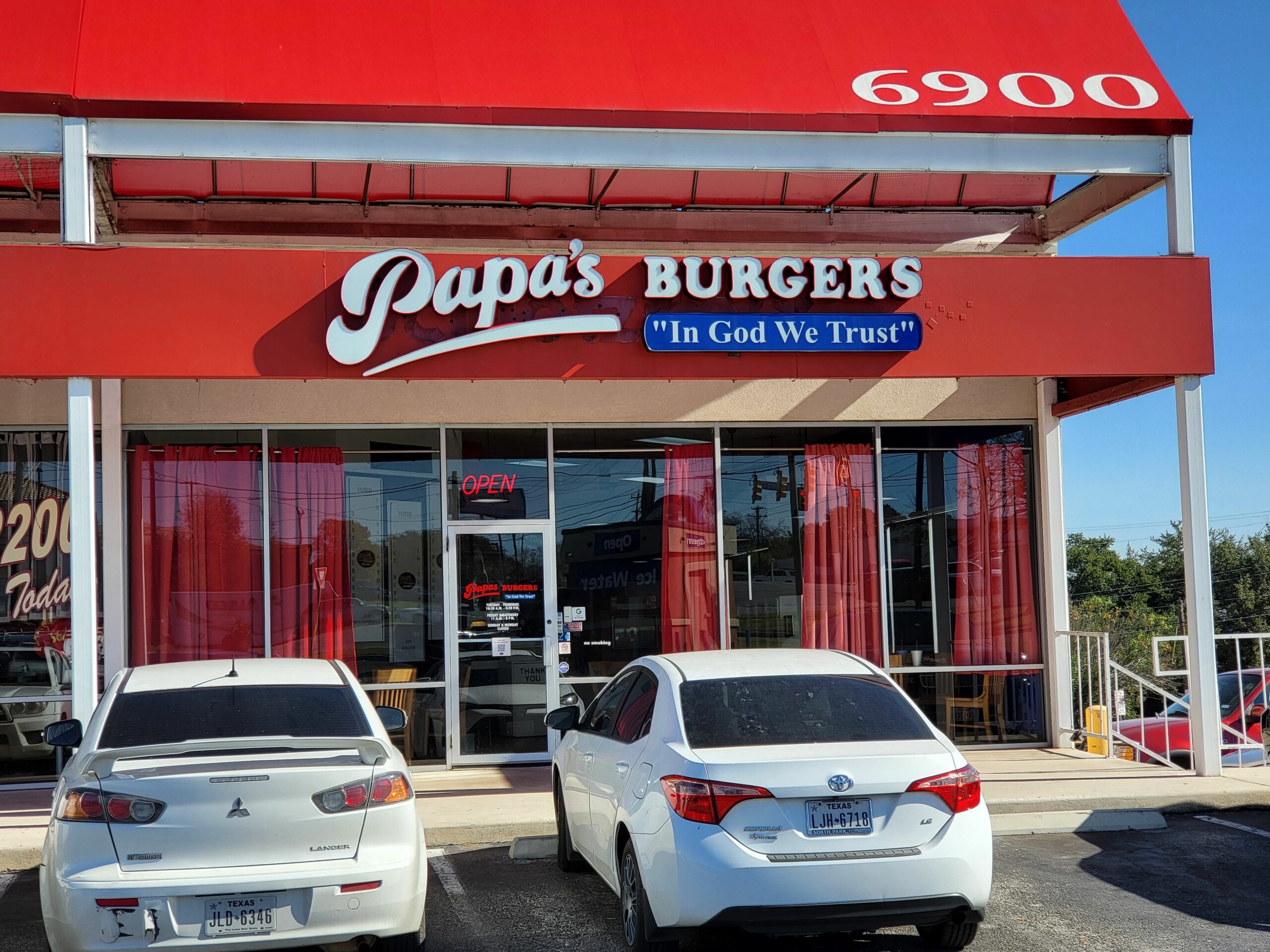 A beloved San Antonio burger joint is about to go through a rebranding after a “hurtful” trademark issue with a Houston restaurant chain.

KSAT spoke with Walker who said he went to file a trademark for Papa’s Burgers but first reached out to the Houston restaurateur “out of respect so that it wouldn’t be an issue.”

“I was advised by counsel, that because of the similarities of the names, it could be a problem. I read their history and respect their family legacy. We’re a family-owned business too,” Walker said.

So he sent a letter to the Pappas explaining that he wanted to trademark Papa’s Burgers because Walker is planning on opening more locations in San Antonio in the near future.

Walker told KSAT the cease and desist letter was “a little bit out of left field. I responded to it and sent them a heartfelt letter but haven’t heard back.”

In the Facebook post, Walker said the whole thing is a “little heart breaking considering the reasons behind our name but it is with a heavy heart that I must inform you that sometime in the next 90 days you will begin to see changes in the rebranding of the name in our restaurants.”

“My dad is retired military, which is where the red white and blue came from,” Walker said.

Counsel advised Walker that he can fight the trademark since it’s a one-letter difference and a different city, but that it could be very costly – upwards of $25,000 just to start the process.

The second option is to rebrand. A difficult decision Walker said, because the restaurant has already received so many public accolades in the nearly 9 years it’s been open.

Papa’s Burgers “El Caliente Burger” was named the best in Texas by Eat This, Not That, in February 2020.

The restaurant has been featured on many local news channels and Walker said there are plans to expand with 2-3 more locations in the next two years, albeit under a different name.

“It’s never caused any issues in the last 9 years,” Walker said. “It’s just kind of a slap in the face.”

KSAT has reached out to Pappas Restaurants and received the following statement:

“We appreciate that Mr. Walker’s restaurant is a family-run business. We, too, are a family-run business, and for over 25 years, our family has invested time and care into making a brand that our customers love to visit. To protect the efforts of our family and team, the Pappas Burger trademark is registered in the United States Patent and Trademark office. Unfortunately, Mr. Walker’s chosen mark is confusingly similar to our protected trademark, and we are left with no choice but to protect it. We wish Mr. Walker nothing but the best, and look forward to working with him on a reasonable solution and timeline.”

Walker plans to announce the new name of Papa’s Burgers once the trademark has been officially filed.