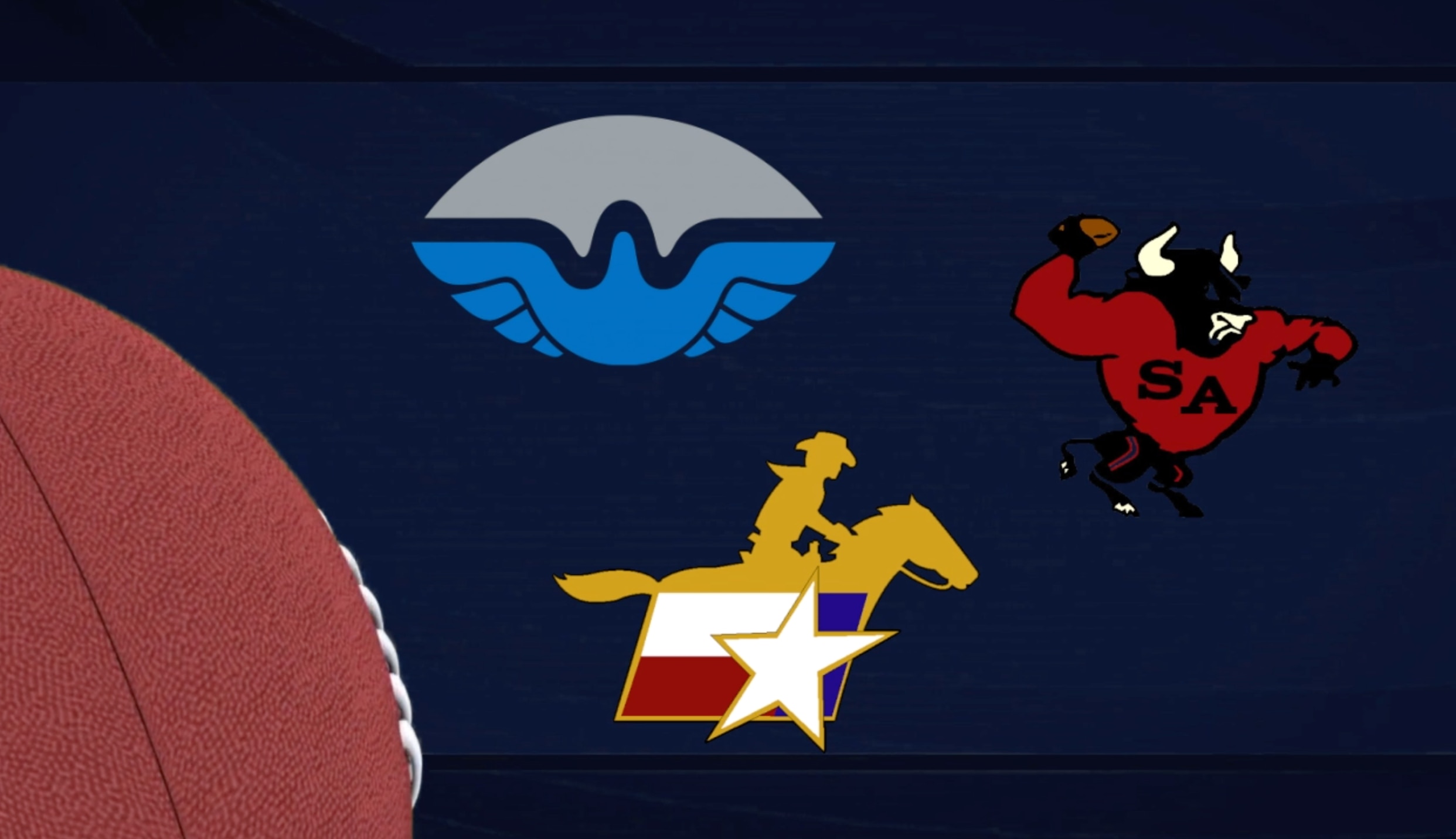 Editor’s note: The Dec. 14 KSAT Explains livestream features portions of a previously aired episode. You can watch it live at 7 p.m. in the video player above. After Tuesday night’s livestream, you will be able to watch the original version on demand.

When you think of San Antonio sports, you no doubt think of the Spurs. With five NBA championships and decades of competitive basketball, the Spurs have had success many other NBA cities envy.

But for years city leaders have tried to attract another successful major professional sports team to San Antonio with little to no luck.

San Antonio is the seventh most populous city in the U.S. and growing every year, so why can’t the city attract another major franchise?

That is the topic of this week’s episode of KSAT Explains. We dive into San Antonio’s history with professional sports, its future and the debate over using public funding to build new stadiums or arenas for pro sports franchises.

(Watch the full episode in the video player above. Check out our podcast taking you behind the scenes of this episode below.)

Every few years, there is talk about the possibility of getting another major professional sports team to come to San Antonio. But whether it’s the NFL, Major League Soccer or Major League Baseball, our city has simply struck out.

Our city is filled with dashed hopes and near misses, including nearly a dozen failed football franchises in San Antonio’s history.

In the mid 1980s, the Gunslingers offered some hope, but the USFL folded.

“They had the right approach. They had a cap on salaries. They had a TV contract with ESPN, which was a startup company back then,” said KSAT Sports Director Greg Simmons. “What could possibly go wrong? Then Donald Trump paid Herschel Walker a $5 million dollar personal services contract to get around the cap. And soon after that, the Los Angeles Express paid Steve Young a $41 million contract and the league’s wheels just started to wobble and eventually fell off.”

In the mid 2000s, the city showcased itself to the NFL when the New Orleans Saints were forced to relocate after Hurricane Katrina.

Despite near sellout crowds, an NFL team never relocated to San Antonio and the city has been used as a pawn or leverage ever since to get stadiums built in other cities.

“When the Saints were here, they were playing as a New Orleans Saints, but it was San Antonio fans packing the Alamodome and you could feel it,” said Simmons. “It was like a college atmosphere. That’s how much they wanted it here.”

Mayor Ron Nirenberg still feels San Antonio is positioned to get an NFL franchise in the future.

“I said last year or the year before, I think San Antonio was an NFL city within 10 years and I still stand by that,” said Nirenberg. “That is because of the evolution that’s happening within the National Football League, the fact that it too is becoming an international league, particularly with its sights on Latin America.”

The latest misstep with pro football was the San Antonio Commanders. The Alliance of American Football folded in less than a season, but fans supported the team.

“I think we’re sold short, not by anybody here. The people that run this city, that are the movers and shakers so to speak, they know the potential this city has,” said Simmons. “But there is still that part out there that say the Alamo is covered by dust roads around it and that sort of thing. And they don’t realize what a modern city this has become.”

We take a closer look at San Antonio’s pro sports history below.

How well positioned is San Antonio to get another professional sports team? There are several factors at play. It’s much more than whether there are enough fans to go to the games.

It’s the companies located here, the kinds of jobs in San Antonio and income levels. Then there is the question of the pro teams that already exist in Texas and whether they stand in San Antonio’s way.

“We don’t do enough to help our mid-sized businesses go from a million dollars to $10 million in revenue or a $10 million company to a $100 million company,” Calvert said. “Those are the folks who buy the corporate box seats. That’s really the gravy.”

Nirenberg and Calvert both feel San Antonio’s work force needs to be improved.

“One of the reasons why I’m very optimistic about the pro sports future for San Antonio is that we are doing it the right way. We are investing in the people of San Antonio and access to economic mobility,” said Nirenberg.

“We can’t just focus our our efforts just on the youth,” said Calvert. “We have to do something about where adults are in their literacy level and bring it up, and have them make higher wages after getting them reading and into job training programs.”

Watch more on the future of pro sports in the video below.

This has been an ongoing debate for cities across the country. Construction for the SBC Center, now the AT&T Center, was completed in 2002.

The new arena brought promise of new development on the East Side, but that has largely not been done.

“For decades, it has been assumed that if you plop a an arena down in the middle of an area, the area will blossom. And that’s simply not true unless you have the corresponding investments,” said Nirenberg.

A review by the Federal Reserve Bank of St. Louis found that most economists still oppose public subsidies for stadiums.

Here at home, Bexar County tax payers covered most of the $193 million in total construction costs for the AT&T Center while Spurs Sports and Entertainment covered $46.5 million, according to reporting by the San Antonio Express-News.

The project was again largely funded by taxpayers. SSE contributed $16.5 million and agreed to cover any additional costs. The remaining $85 million was covered by the Bexar County Visitors Tax. The arena is also home to the San Antonio Stock Show and Rodeo and hosts concerts.

“You’re seeing a significant push back and the use of public resources for the building of stadiums, and that’s something that is on the minds of a lot of league owners,” said Nirenberg.

“Even if you take a completely depressed area where there’s virtually nothing going on at that part of town and you build this massive, beautiful stadium and then you build businesses around it or restaurants. There better be something other than the sports franchise bringing people to that area,” said UTSA economics professor Les Doss.

Nirenberg said San Antonio did not prioritize investments around the AT&T Center for years, but says in the past decade, the city has turned around on this.

“That’s where the Spurs have been very beneficial. We just launched an initiative last year with with Spurs give that is investing in park infrastructure, particularly around the East Side,” said Nirenberg.

But one major plan to invest on the East Side, the River East Project, has been slow going.

“Things like the museum and the missionaries, they took a decade of development and still try and get Congress deals to pay off the bills,” said Calvert.

And while Doss and many other economists say there aren’t financial benefits from publicly funding stadiums, it doesn’t mean it’s always a bad idea because it helps sell a city.

“You travel around the world and you say you’re from San Antonio. They only ask you two questions. Have you been to Alamodome and are you a Spurs fan,” Doss said.

We break down more of the pros and cons of stadium development below.

Future of the Spurs in San Antonio

The Spurs are part of the fabric of San Antonio and many fans have silver and black in their DNA.

But there have been some business decisions in recent years that have raised some concern about the franchise’s future in the Alamo City and the East Side.

Spurs Sports and Entertainment sold its WNBA franchise and then minor league hockey franchise, the Rampage.

In April, SSE also reportedly sold a minority stake in the franchise, but owner Peter J. Holt has continually said they are committed to San Antonio.

We break down the Spurs future in San Antonio and whether they would ever move out of the East Side to an arena further north.