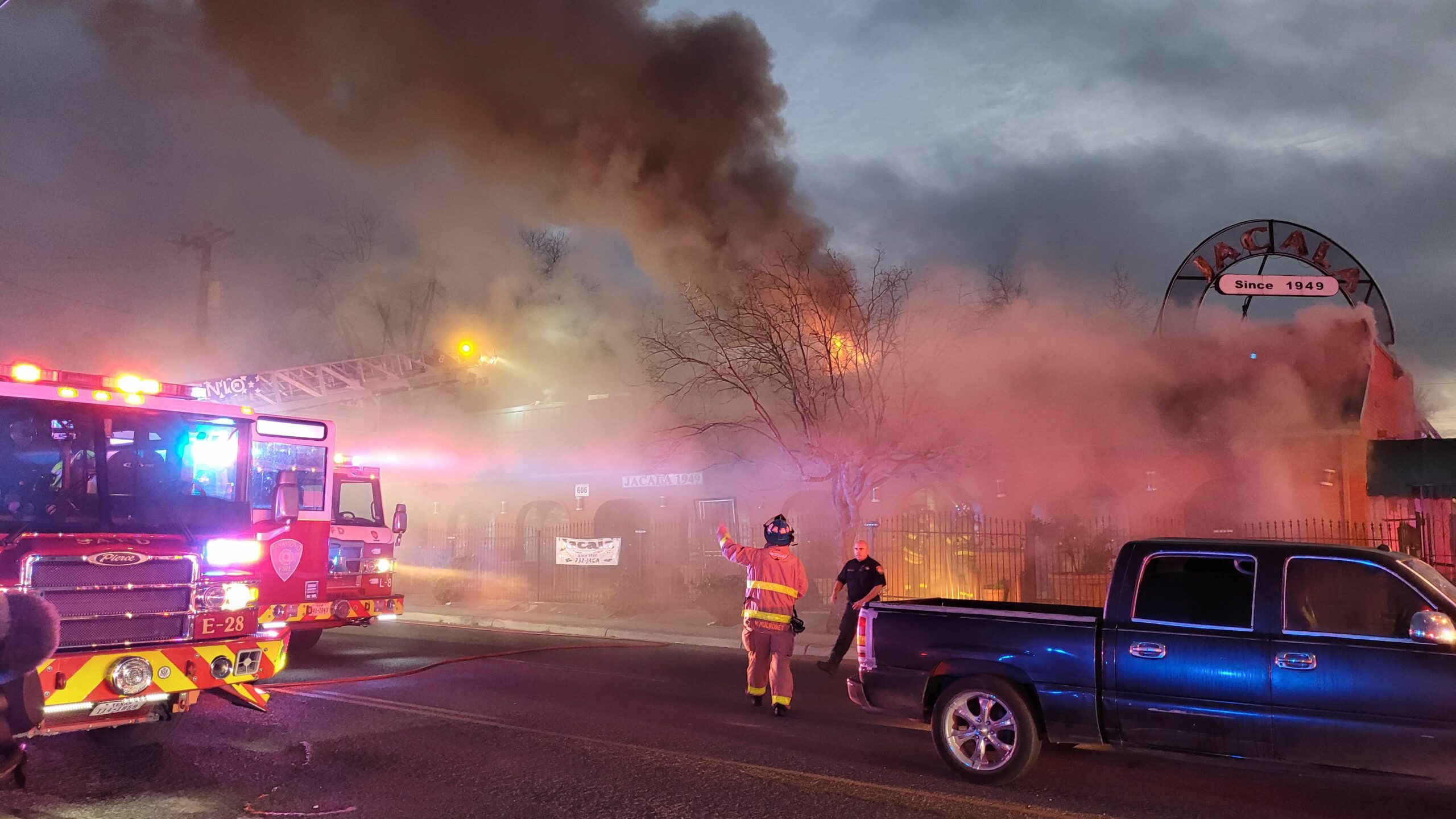 A fire that broke out early Thursday morning destroyed a long-time Northwest Side restaurant and took with it years of memories for the owner and the local community.

Only a shell of the building that was home to Jacala Mexican Restaurant remains at the corner of West Avenue and W. Ridgewood Ct.

Cynthia Lambert says she watched her father build up the business over the years, starting with just a tiny restaurant in 1949.

Lambert had been running the restaurant along with her sisters up until the time of the fire.

San Antonio firefighters originally responded to what was a report of smoke at that site around 6:30 a.m.

Woody Woodward, a public information officer for SAFD, says crews initially found the source of the smoke, a small fire, inside the building.

However, he says as they began to check for hot spots in the attic, they soon noticed flames shooting through the roof.

At that point, he says, all crews were pulled out of the business and continued fighting the fire from outside.

The unusual construction of the building allowed the flames to burn for hours, Woodward said.

“Different attic spaces and roofs on top of each other, so it was very difficult for us to get to the fire,” he said. “The restaurant was not open at the time. There was no one inside. We were able to do a full search inside.”

It took fire crews hours to put out the flames, which didn’t seem to want to die.

The fire left the building gutted.

“I’m just, I’m just heartbroken. Very heartbroken,” Lambert said. “I don’t know what we’re gonna do now. But anyway, we do thank all the customers.”

Later, she told KSAT 12 News that the owner of nearby La Fogata restaurant has offered to hire all of the displaced workers.

Fire investigators were not able to determine the cause of the fire right away.

Woodward said once the smoke clears, the building may have to be torn down.

In the middle of the commotion surrounding the fire, police say a driver experiencing a medical episode crashed his pickup into a ladder truck.

No firefighters were injured, and the man was checked out by EMS personnel at the scene.

Police said they did not plan to issue any citations.