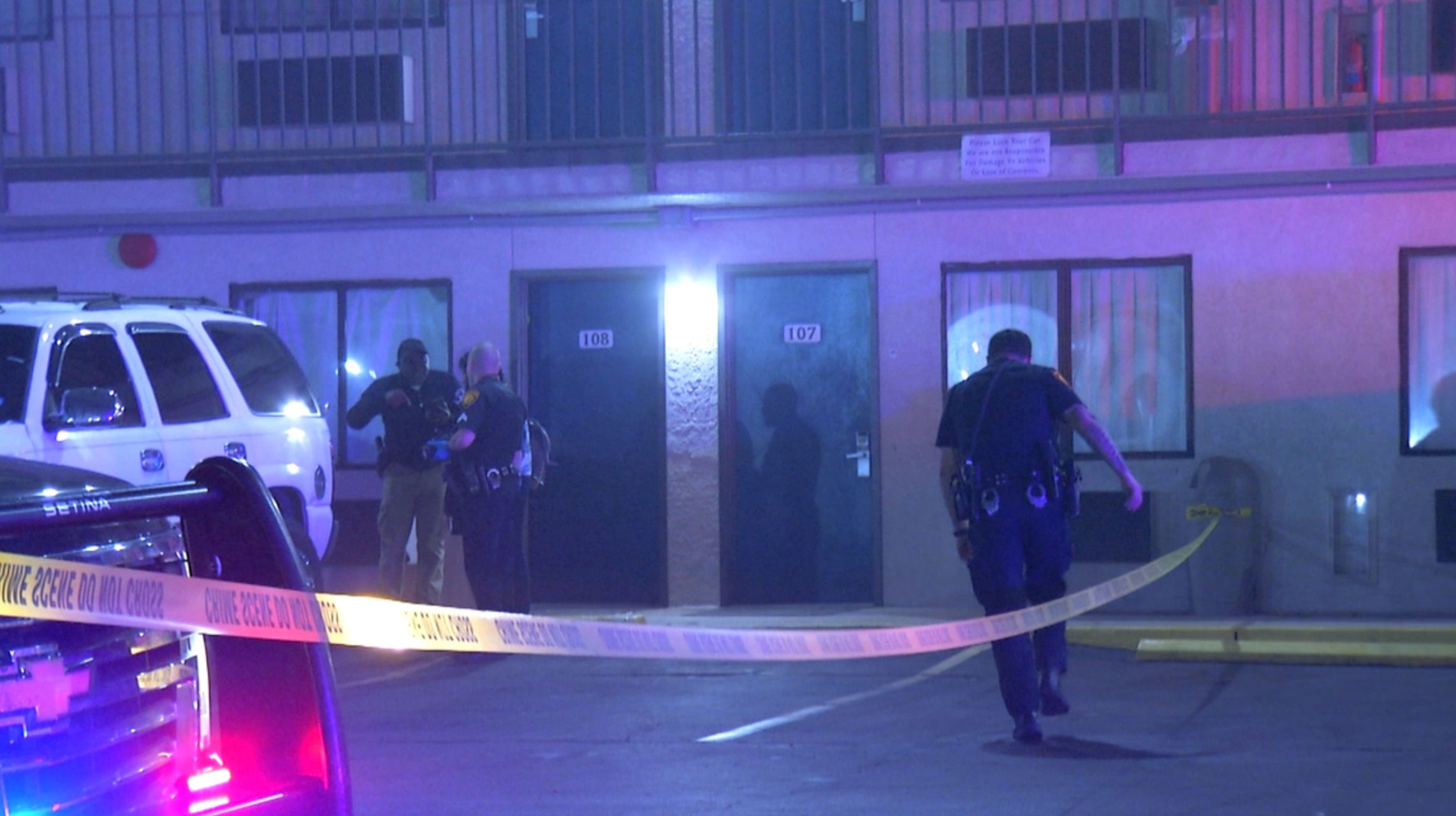 A man was shot early Wednesday while confronting two men who he believed previously robbed him, according to San Antonio police.

Officers responded to the shooting at the Motel 6, located in the 2100 block of SW loop 410 near Marbach Road, just after 4 a.m.

There, they found the man in his 30s shot in the leg and the back. He was taken to University Hospital in critical condition.

Police said the man and a woman were walking to their motel room when he confronted two men that had allegedly previously robbed him.

The woman went inside the room but heard an argument and gunfire.

The injured man was able to make it to the motel room, where the woman called the police.

The two suspects fled in a black vehicle, police said.