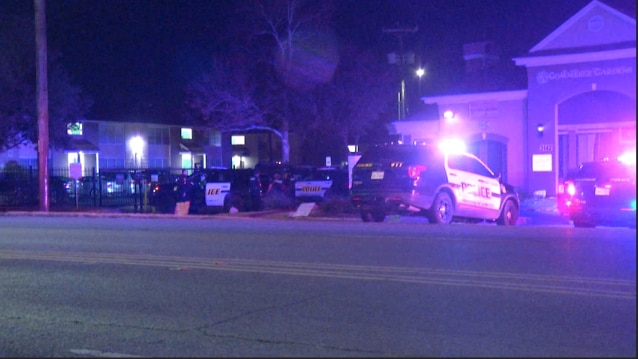 A man in his 30s was shot while trying to confront a group stealing a catalytic converter on the city’s East Side, San Antonio police said.

Officers were called around 12:15 a.m. to an apartment complex in the 200 block of Enoch Walk, not far from East Commerce Street, after receiving word of a person wounded.

According to police, the man had walked outside because he heard people messing with vehicles in the parking lot. That’s when, police say, one of the suspects in the group shot the man twice — once in the shoulder and once in the chest.

Police said a friend of the victim drove the man out of the complex and called for help. The man was taken by EMS to Brooke Army Medical Center, where he is listed in critical condition.

SAPD said they searched the apartment complex, but did not find anyone. So far, no arrests have been made.