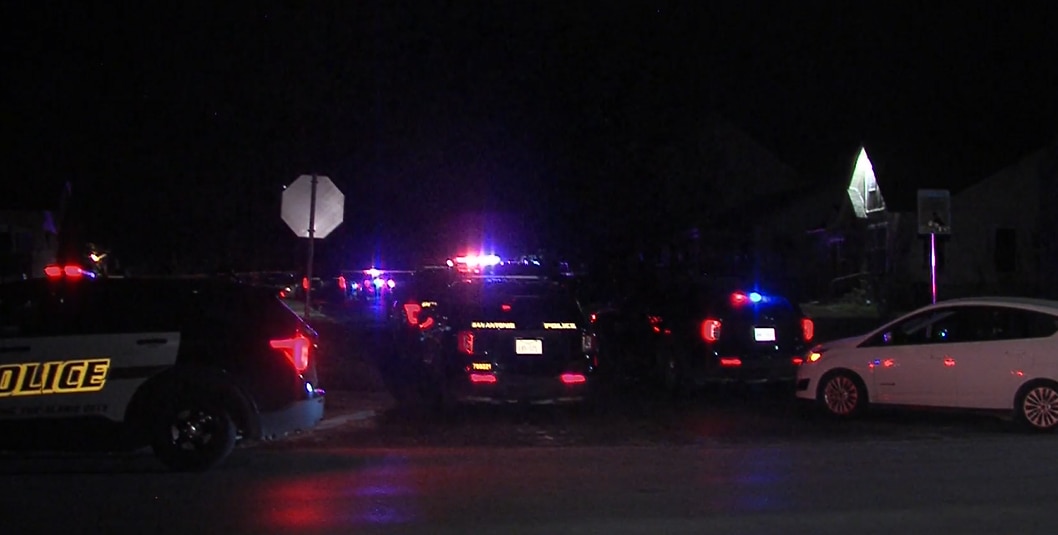 A man is in critical condition after he was shot by another man who was found asleep on the porch of his grandfather’s home overnight, according to San Antonio police.

The shooting happened around 12:16 a.m. Saturday on the Southeast Side in the 1500 block of McKinley.

When officers arrived at the home, where the 24-year-old victim lives with his grandfather, they found his girlfriend applying pressure to his chest.

She told police another man was found asleep on the back porch of the home. Her boyfriend said he was going to try and wake him up.

However when he did, the man who was asleep woke up and shot him in the chest, authorities said.

The armed man then took off in an unknown direction.

EMS arrived and transported the injured man to the Brooke Army Medical Center with life-threatening injuries.

A description of the suspect hasn’t been provided as of yet. The investigation continues.

Woman injured, man in critical condition after being struck by pickup truck on South Side, SAPD saysPedestrian fatally struck by vehicle after crash on East Side, police say