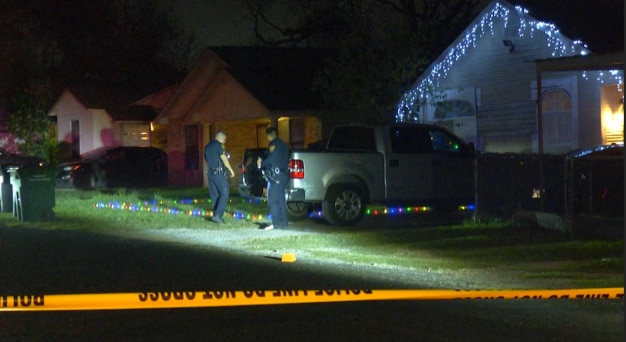 San Antonio police are searching for three men who they say shot a man after he confronted them about breaking into his vehicle early Tuesday morning.

Officers were called around 3 a.m. to a home in the 500 block of Monticello Court, not far from East Southcross and South New Braunfels Avenue after receiving word of a person wounded.

According to police, the homeowner, a man in his 30s, was putting up Christmas lights and went to put his ladder away in a backyard shed. That’s when, police say, the man heard someone breaking into his truck in the driveway and went to investigate.

Police said the burglar saw the homeowner and told his friends who were waiting in a car to shoot the man. The driver of a red sedan fired, hitting the homeowner in the back of a leg as he tried to run.

SAPD said the suspects managed to steal “a few dollars” from the car and fled the scene. The driver went to a hospital on his own with a non-life-threatening injury.

So far, no arrests have been made in the case. A description of the suspects was not released.