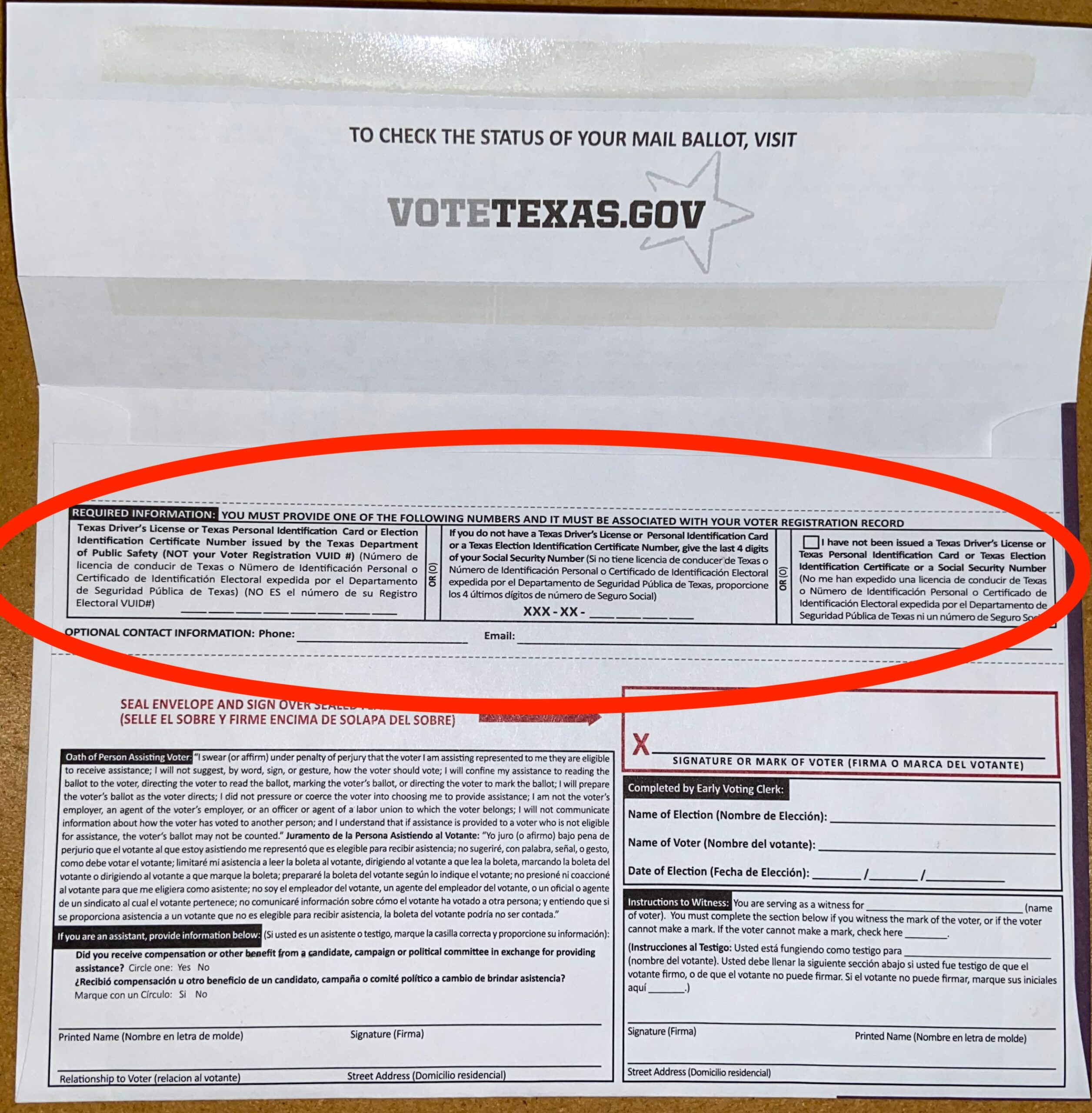 At least 1,929 Bexar County voters who cast a ballot in the March 1 primary did not have their vote counted, largely due to a technicality under a new, controversial voting law.

Following the final tally of late mail and provisional ballots on Tuesday, Bexar County Elections Administrator Jacquelyn Callanen told KSAT that 14,180 mail ballots had been counted — 1,929 shy of the 16,109 mail ballots the county had reported receiving in its preliminary election reconciliation.

That was despite an opportunity for voters whose mail ballots were initially rejected to “cure” them and get them counted.

Callanen estimated it would take the rest of the week to get that tally, but having roughly 2,000 ballots being disqualified from being counted is unusual.

“We’ve never seen it in those numbers,” Callanen told KSAT.

The high number of rejected ballots was linked to new, stricter voting rules recently put in place by the Republican-backed Senate Bill 1.

On election night, Callanen told reporters the county was running at about a 35% rejection rate for mail ballots. Before SB 1 went into effect, she said a typical election would “probably” have a 2% or 3% rejection rate.

SB 1 made numerous rule changes for voting, including a requirement for voters to write the ID number associated with their registration on the envelope of a mail ballot — either a state ID number or the last four digits of their Social Security number.

When it came to the biggest problems causing rejections, Callanen said it was about “50/50″ between voters not writing down any number at all, likely overlooking the designated space for it under the envelope’s flap and surrounded by other small print — or writing a number that didn’t match what was on their voter registration card.

For example, if a voter wrote their driver’s license on the mail ballot, but they they were registered to vote under their Social Security number, the ballot couldn’t be accepted.

“If I got to be leader for the day, I would redesign that form because the form says to give either your TDL ‘or’ the last four of your social. So they gave one, but we had the other one on file,” Callanen said. “So I would love to do nothing better to change that ‘or’ to ‘and’ and give us both so that we stand a better chance.”

Callanen recommended voters do that on their own anyways to cut down the odds that their mail ballot might be rejected.

She also talked about the issues seniors face under the new SB 1 mail ballot requirements. Some may not have either ID number on their voter registration card, she said, because it didn’t use to be a requirement.

“So that’s where you see a lot of this. So we didn’t have — even if they put their number on the ballot that they sent — or, in the beginning, in the application — and we would enter it, but if we didn’t have anything to bounce it against, it had to be rejected,” Callanen said.

By the time the county reported the preliminary totals on March 2, 4,464 of the 16,109 mail-in ballots received back by that point — close to 28% — were either rejected or pending.

Callanen said the county attempted to reach voters whose ballots were initially rejected with phone calls, emails, and letters.

Voters had the next six days following the election — ending on 5 p.m. Monday — to “cure” their ballot so it could be counted, whether by coming to the election department in downtown San Antonio, or online through the Secretary of State’s website.

It’s not clear yet how many ultimately did take the opportunity to “cure” their ballots, though Bexar County Republican Party Chairman John Austin, who is in a runoff election against Jeffrey McManus, thinks many people didn’t realize they could do it online.

Mail ballots are used by seniors, voters with disabilities, and those who won’t be in the county to vote in-person. The tally also includes mail ballots cast by military members.

Although, in general, Democrats cast more ballots by mail than Republicans in the primary, Callanen could not say if they had the same rejection rate.

Bexar County Democratic Party Chairwoman Monica Ramirez Alcantara told KSAT on Monday, as the vote curing process was still ongoing, that she had been hearing from “very upset, very frustrated Democrats who feel that, you know, this is just another obstacle put in their way.”

“I believe it — certainly believe it was by design, to cause confusion and chaos,” Ramirez Alcantara said of SB 1.

The voters KSAT spoke with on Monday as they visited the Bexar County Elections Department to cure their ballots, though, seemed unbothered.

“Even though we’re old, we need to learn that there’s some rules, and we need to look and see and so we can comply with the rules,” said Noemi Moreno. “And also, for me, at least I get out of the house if I have to come out here again.”

Callanen said election officials would be searching for ways to make the process smoother next time, especially since elections on May 7 and May 24 are fast approaching.

“We’re going to just do public service announcements, everything we possibly can to not have this happen again,” Callanen said.