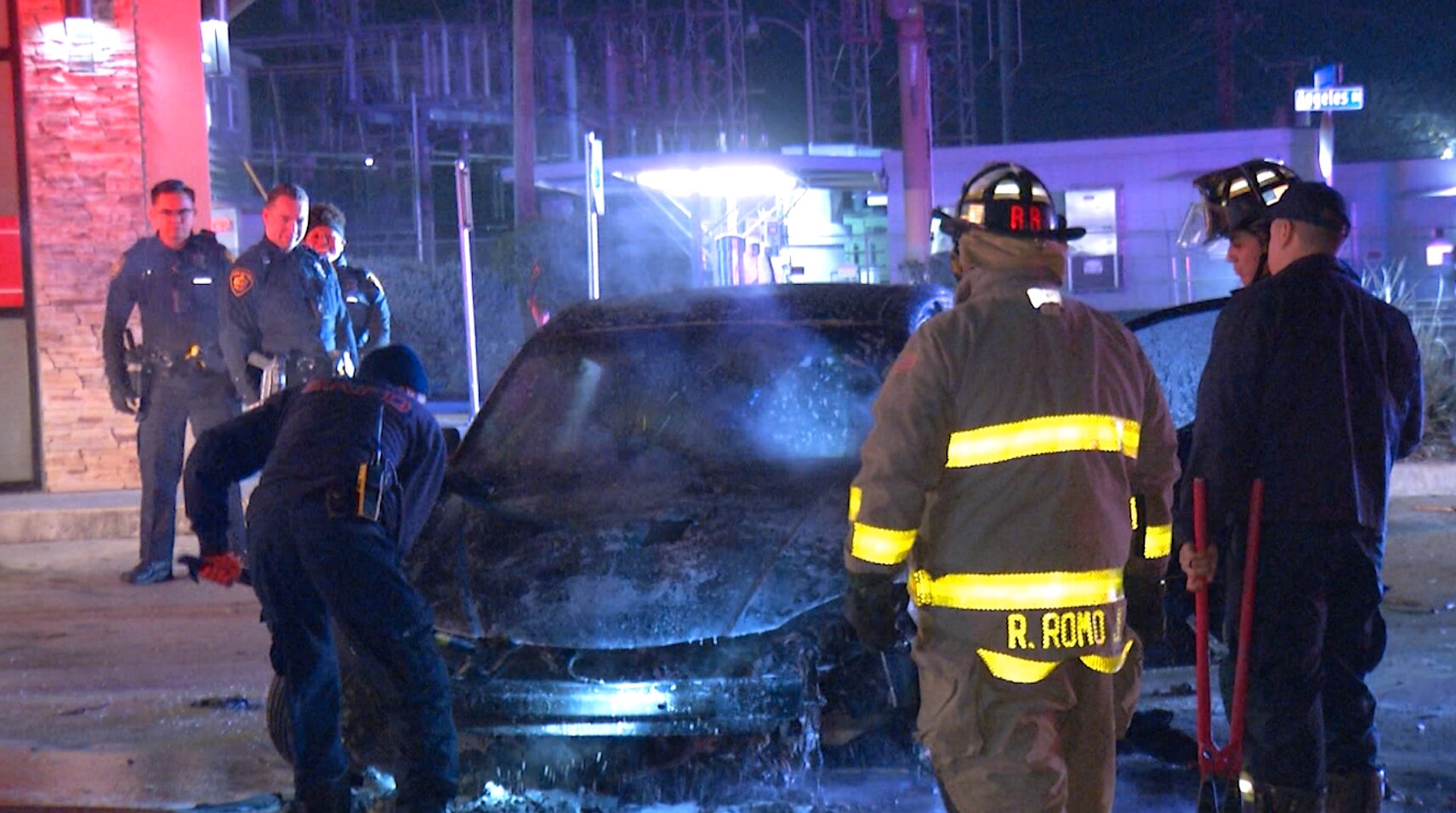 San Antonio police officers rescued two women from a burning vehicle after a crash on the city’s North Side early Thursday morning.

The crash occurred around 2:50 a.m. near the intersection of Fredericksburg Road and West Hildebrand Avenue.

According to police, officers arrived to find the front of the vehicle on fire and the driver unconscious. Police said the two women were both successfully rescued by officers.

The driver and the passenger both refused medical treatment at the scene. The investigation into the crash is ongoing, police said.