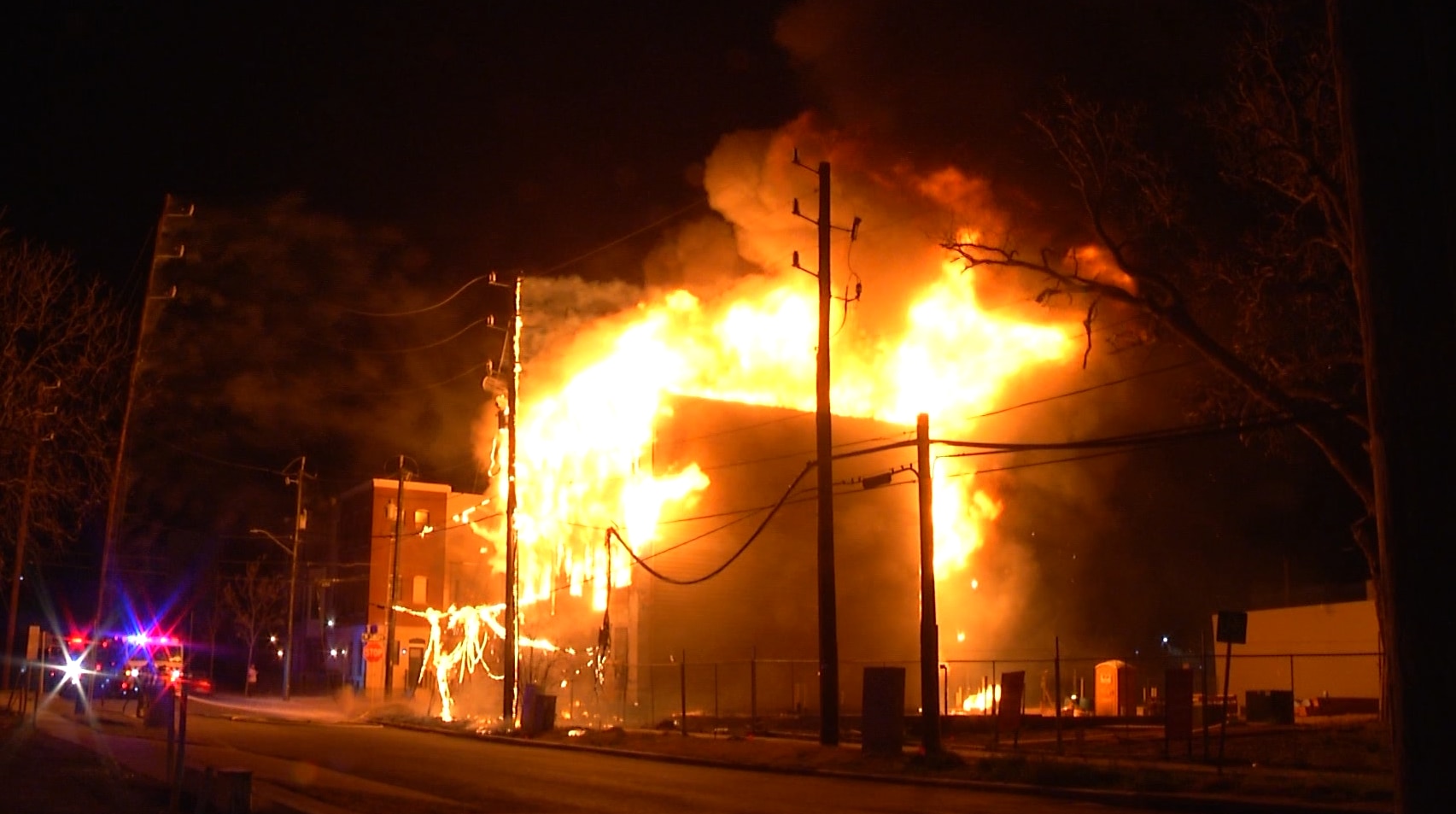 The fire was called in around 3 a.m. in the 300 block of Center Street, not far from North Swiss Street and East Houston Street.

Firefighters said they arrived to find the three-story building fully-engulfed in flames. They fought the fire defensively and the building collapsed when firefighters put water on it, fire officials said.

Fire officials say the building that burned down was just a wooden frame, with no working utilities. Power lines came down in the fire and CPS Energy had to shut them off, authorities said. Many of the lines can still be seen stretched across the street.

At this time, the cause of the fire is not currently known. The building is considered a total loss. An arson investigation team will work to determine the exact cause.

As many as 20 fire units originally answered the call. No injuries were reported.