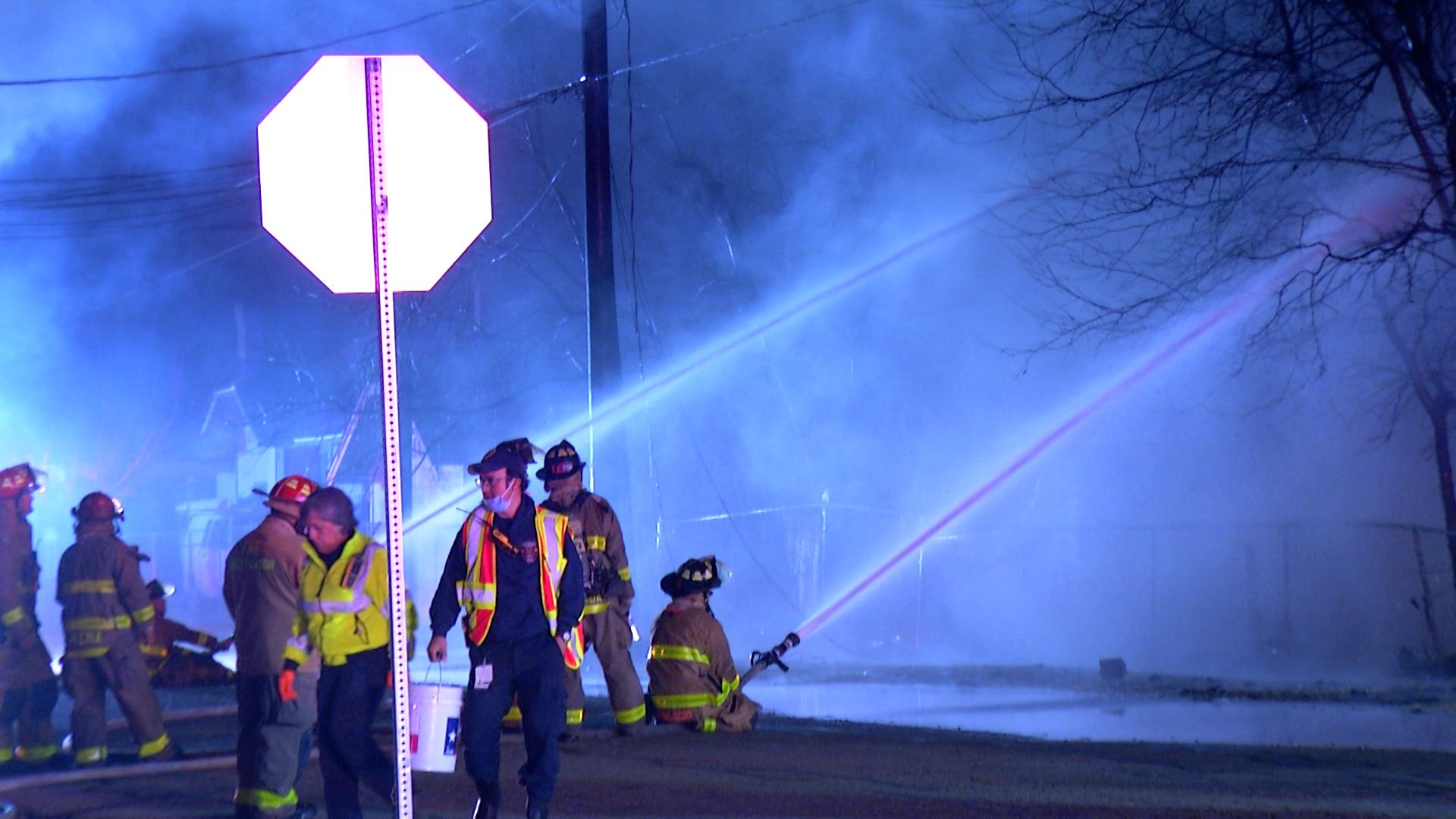 Five people have been permanently displaced by a fire that destroyed their East Side home.

San Antonio firefighters say what is left of the home, located in the 600 block of Hammond Avenue, will have to be demolished.

Fire crews, meanwhile, moved into the area but found even they could not go inside it.

The intense flames and heat kept them at bay, doing their best to fight the fire from outside.

“That fire was just one of those that was defeating us today,” said Capt. Gabriel Ortega with SAFD.

Ortega says a big challenge for crews came from the construction of the home, itself.

The frame was made out of wood, which acted as kindling for the fire.

“It’s very sturdily built,” he said. “It was built and framed with 2 by 12s, so it held onto that fire for much longer.”

Despite their efforts, that home was gutted by the fire.

For a while, firefighters were worried they might see two homes go up in flames.

The flames also threatened the home next door.

“We were able to keep if off that exposed house,” Ortega said. “If you look at that house (next door), you can see the bubbling on the walls where it was going to catch fire.”

The fire caused some minor damage to the outside of the neighbor’s home.

It took crews more than two hours to knock down the fire.

They remained on scene throughout the morning, making sure it didn’t flare up again.

As of late Monday morning, fire investigators still had not determined what caused the fire.