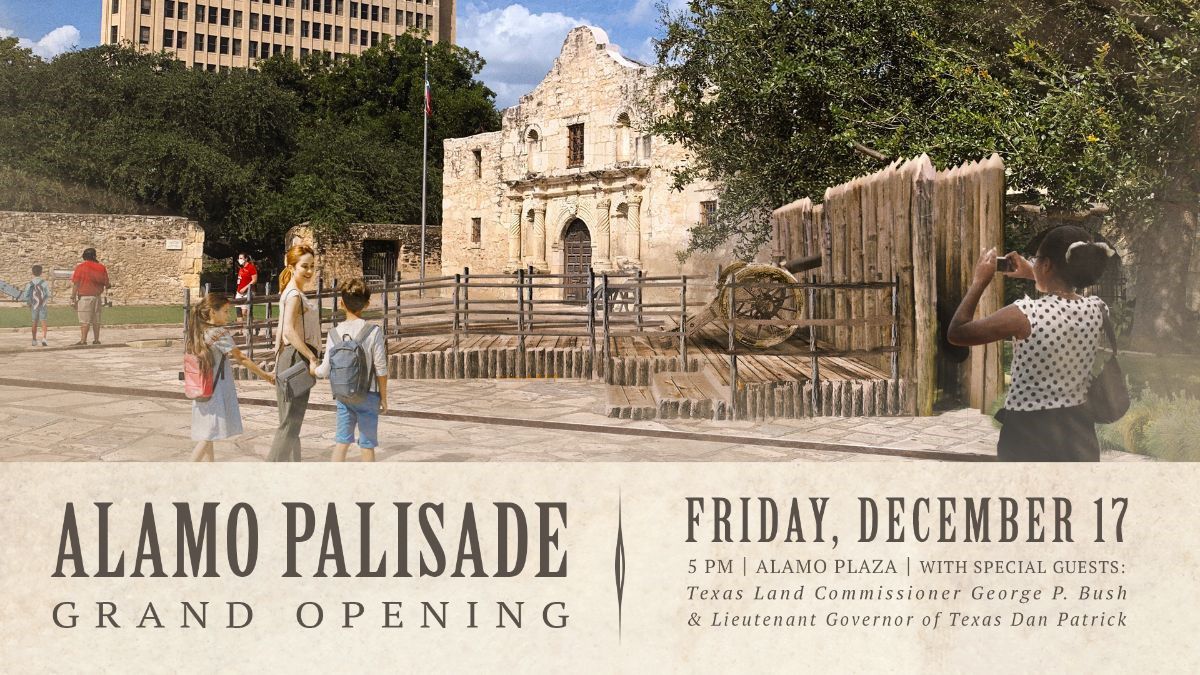 A new experience that brings one of the key locations of the 1836 Battle of the Alamo to life was unveiled Friday with a ceremony for the Palisade Exhibit.

According to a news release, the exhibit is a partial reconstruction of a fence-like fortification used during the historic battle.

Located approximately where it was during the battle, it is believed that David Crockett fought at the Palisade, a news release said. The exhibit will also feature a four-pounder bronze cannon replica.

The Palisade joins the Alamo’s 18-Pounder Losoya House as the second recreated portion of the fort during the battle.

The two exhibits help give visitors a greater understanding of where the fighting took place in what is Alamo Plaza today.