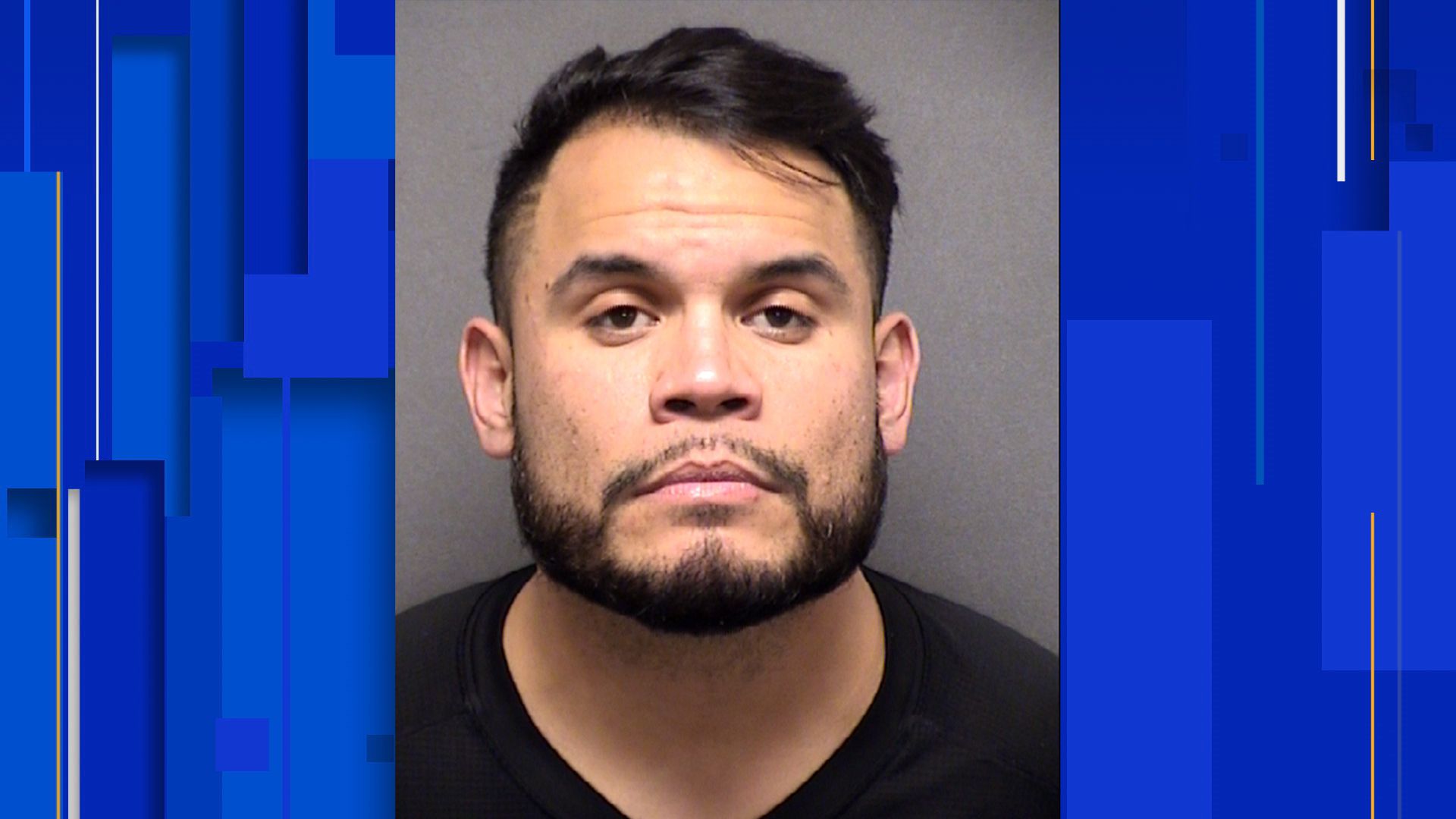 A corporal with the Bexar County Precinct 1 Constable’s Office has been arrested nearly two years after he was accused of forcibly kissing a woman inside a Southwest Side vitamin shop.

Cpl. Adam Salazar, 34, faces a charge of indecent assault, Bexar County court records show. He was taken into custody Friday, nearly eight months after a warrant was issued for his arrest.

Salazar followed a female employee into an “employees only” section at a vitamin shop in the 2300 block of SW Military Drive in early February 2020 and “grabbed the complaint around the torso and kissed the complainant’s neck for ten (10) to fifteen (15) seconds as the complainant tried to push (Salazar) off,” a warrant for Salazar’s arrest states.

The warrant also states that the woman “felt (Salazar’s) slobber on her neck.”

San Antonio police investigated the case and later filed it at large with the Bexar County District Attorney’s Office. A warrant for Salazar’s arrest was issued in mid-April, court records show.

Reached for comment Tuesday, Precinct 1 Constable Ruben Tejeda confirmed Salazar has been working the past eight months, after the warrant was issued, because Tejeda was unaware that a warrant existed.

Tejeda said he placed Salazar on administrative leave late last week, after the DA’s office notified him about the pending case.

“I’m puzzled why that happened,” Tejeda said via telephone Tuesday.

A spokesperson for the DA’s office did not respond to a request for comment Tuesday about why Precinct 1 was not told about the active warrant for nearly eight months.

Tejeda said Salazar will remain on administrative leave while his criminal case plays out.

Salazar is scheduled to be arraigned in County Court 1 on Jan. 11. He is free on bond.

The law went into effect in the fall of 2019 as a way to close a loophole in nonconsensual groping cases in Texas. Previously, those types of cases were charged as Class C misdemeanors.

Salazar was featured in a KSAT story in 2019, ahead of his debut as a professional boxer.