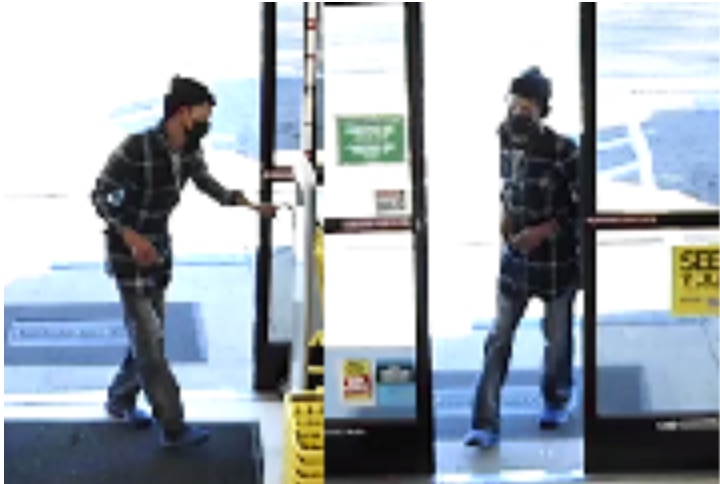 San Antonio police and Crime Stoppers are looking for the suspect in the robbery of a Southwest Side Dollar General store.

The incident occurred Wednesday, Dec. 22 around 4 p.m. at a store in the 5800 block of Old Pearsall Road.

According to police, the suspect (seen above) walked into the store and began taking several items without paying. That’s when, police say, during the theft, the suspect threatened to hurt someone.

Police said the suspect stole the items and fled the store. SAPD searched the area, but he was not found.

Anyone with any knowledge of the incident is urged to call Crime Stoppers at (210) 224-STOP.