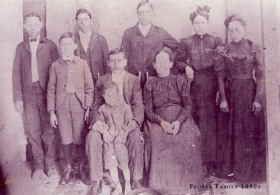 For decades, the American Indians in Texas at the Spanish Colonial Missions have worked to preserve a history they believe has been mostly lost.

The nonprofit organization protects the culture and traditions of the Native American tribes and other indigenous people who lived in the missions, and in other parts of South Texas and Northern Mexico.

But Vasquez said much is unknown about their contributions to the Bexar County region.

According to Vasquez, archeological evidence shows the region has a 10,000-year history of occupation and was heavily populated. This is also the origin of the Tap Pilam Coahuiltecan Nation.

“Many of them are descendants of the Aboriginal people that came out of the missions of San Antonio,” said Vasquez. “As far back as there was mammoth walking on this ground, there were people living here in San Antonio.”

Vasquez adds that no other area in throughout the United States had the same concentration of missions.

“Primarily because of the rivers, right, that are associated to the San Antonio in Bexar County area,” said Vasquez. “That’s the main reason why we ended up with five missions.”

Many people are unaware that the Mission Indian families established some of the first ranches in Bexar and surrounding counties. They also were some of the first vendors in downtown plazas, selling produce, livestock and food. They also offered protection from other Native American tribes.

Vasquez noted that in the 1740s, the region was under attack by hundreds of Apaches, and Mission Indians fought to save La Villita, Canary Island families and presidio soldiers.

“They were the protectors of this area when there were raids,” said Vasquez. “We probably wouldn’t have a San Antonio. But it didn’t happen that way because 100 men came out and protected them.”

Despite these contributions, Vasquez said it’s been a struggle to get these stories told, but it’s something his organization will continue to fight for.

“How do we take a good look at what we’ve done historically with Native America, and change that narrative because are our children deserve, you know, to hear it,” said Vasquez.

According to the AIT website, there are nearly 27,000 American Indians in Bexar county, and the number only continues to grow.

“San Antonio is the 10th largest city in the country per capita with an American Indian population. We have our local Aboriginal people, but we also are becoming the home to other American Indians,” said Vasquez.

There have been strides in recent years to refocus on Native Americans, including indigenous people’s day which was adopted by the City of San Antonio in 2019 and by Bexar County in 2015.

“When you have city council members that are related to the Aboriginal people, that came out of the missions. We have to acknowledge that,” said Vasquez.

Still, It’s been slow progress. The goal of Vasquez’s organization is to keep educating and remove misconceptions about American Indians in Texas and the Tap Pilam Coahuiltecan Nation.

“San Antonio should celebrate that we do have deep roots to tribal communities that are still among us,” said Vasquez. “We don’t live on reservations because we have a whole different history than the rest of the country.”

And celebrate a history that is slowly being resurrected with inclusion and equity in mind.

“We can’t expect others to keep us relevant. We have to be the authors of our story,” said Vasquez.