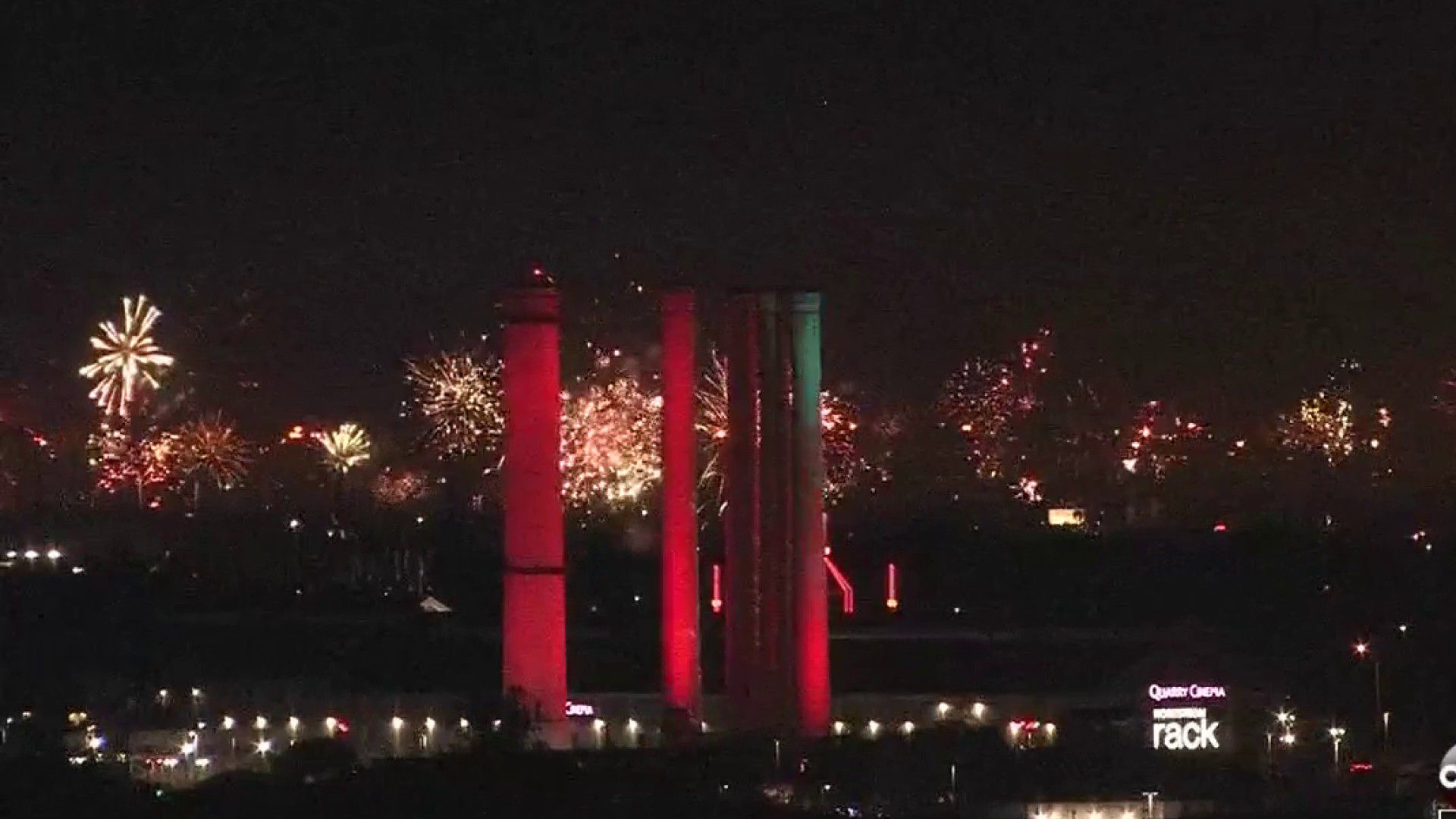 The past two years have changed and shaped the world in ways none of us saw coming but before I start waxing poetic about the past, I want to talk about the future, specifically New Year’s Eve.

You can ring in the new year with a number of things to do around town and there’s also still time to check out holiday lights, if you’re into that kind of thing. (Who isn’t?)

Celebrate SA – San Antonio’s official New Year’s Eve celebration is back on after taking a hiatus last year due to the COVID-19 pandemic. Celebrate SA will take place on Alamo Street, La Villita and Hemisfair between Market Street and Cesar Chavez Blvd with live music and a fireworks show at midnight on Dec. 31.

Grand Hyatt San Antonio River Walk – This party kicks off the new year with an exclusive outdoor party on the hotel’s 5th-floor rooftop. Tickets are $250 per person and include a complimentary top-shelf bar starting at 10 p.m.

E7 Band with Ceci Zavala – Picks Bar is ringing in the new year with the E7 Band featuring Ceci Zavala. Tickets start at $25.

Howl at the Moon – Howl at the Moon is offering New Year’s Eve packages for people looking to kiss 2021 goodbye in downtown San Antonio. Tickets start at $30 per person.

Merkaba – This San Antonio nightclub is hosting a New Year’s Eve party with tickets starting at $25 per person. General admission is subject to availability on the night of the party.

New Year’s Eve on Wheels – Celebrate the end of 2021 at the Carvel Skate Center on Dec. 31. Presale tickets are $25 per person. The event is BYOB and tickets include champagne, or apple cider, toast. The event is kid-friendly.

New Year’s Eve: Black & Gold Affair – Dress in black and gold and dance to DJ J-Rock at Noble Lounge in Cibolo. This event will kick off at 9 p.m. Tickets start at $25.

Noon Year’s Eve Celebration – This is a child-friendly celebration that takes place at 11 a.m. on Dec. 31 at the Leon Valley Public Library. There will be games, crafts, photo ops, a balloon drop, and a juice toast at noon.

NYE at the Good Kind – Enjoy cocktails and complimentary bubbles at The Good Kind Southtown on Dec. 31. Tickets are $20 per person and include a swag bag. There are views of the Tower of the Americas from the building.

NYE Pajamas and Pancakes – Want to wear pajamas while you kick off 2022? Backyard on Broadway is hosting a comfy night out with breakfast fare and pajama attire. Tickets are $20.22.

Pat O’s New Year’s Eve – This New Year’s Eve celebration takes place at one of San Antonio’s most popular downtown bars – Pat O’Brien’s. There will be a prime rib dinner and a premium open bar. Tickets start at $100.

Rick Rice Band – Ring in the new year at the Martini Club with a performance by the Rick Rice Band. Cover at the door will be $20. The music starts at 9:30 p.m. on Dec. 31 and will last through to the new year.

San Antonio New Year’s Eve 5k – Want to start your new year off on a healthy foot? There will be a 5K on Dec. 31 at 5102 Old Pearsall Road. Tickets are on sale now and registration closes on Christmas Eve.

Small Town Habit – Texas country music group Small Town Habit, along with Nick Lawrence, will be performing at Thirsty Horse Saloon on New Year’s Eve. Tickets start at $10 per person and there will be a free champagne toast at midnight. There will also be $100 given away every 15 minutes with one grand prize winner getting $2022.

Submit your email below to receive KSAT’s free Things To Do newsletter.

There are tons of places you can go see holiday lights that will be open through the new year.

Santa photos are still available at locations throughout the San Antonio area if you haven’t been able to make time to see Saint Nick just yet. 🎅

While fireworks are illegal within the city limits, the sale of fireworks will be legal in some areas of Bexar County from Dec. 20 through Jan. 1 for New Year’s Eve.

It’s important to know the laws and use best practices when handling fireworks.

The American Burn Association warns families not to alter, modify or relight fireworks and not to allow children to pick up what may appear to be spent fireworks as some might still be active.

Sparklers can reach 2,000° F which is hotter than a blow torch, according to the ABA.

According to the Bexar County Fire Marshall, fire professionals and law enforcement can charge a person with arson if they recklessly cause a fire that damages a structure or other property such as a motor vehicle. Penalties for violation of this law can result in fines up to $10,000 and incarceration.

If you know of an exciting upcoming event you think people should know about, feel free to send your ideas to my inbox – mpatton@ksat.com.