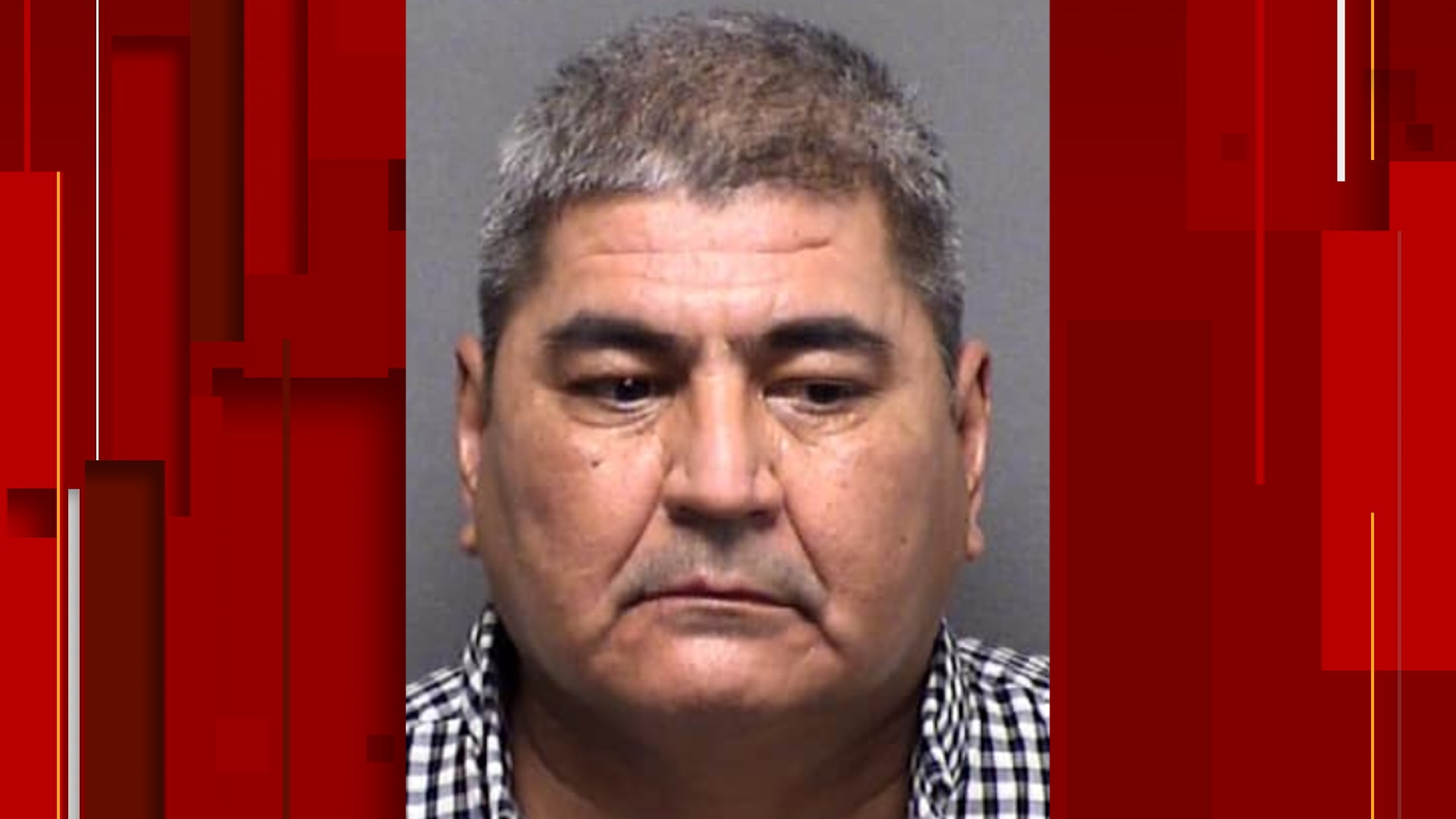 A robbery suspect was caught by Bexar County sheriff’s deputies after a homeowner slashed a tire on his getaway vehicle with a machete, stopping him in his tracks, according to authorities.

The incident happened around 1:52 a.m. Saturday in the 23000 block of Dragon Rock Drive, in Sandy Oaks.

Deputies were initially called to the area for a robbery. Upon arrival, they found Eduardo Lee Saucedo, 50, rummaging through belongings in a bedroom inside of a home.

Saucedo immediately ran away from deputies and went outside of the home with a bag of stolen property in hand.

The homeowners confronted Saucedo outside and authorities said he then went to his vehicle and retrieved a knife before making threats.

Before Saucedo was able to escape, the homeowner slashed one of his tires with a machete. When Saucedo got back into his vehicle and drove away, the tire became flattened down the road.

Deputies were able to take Saucedo into custody without incident. He’s charged with aggravated robbery, a first-degree felony.