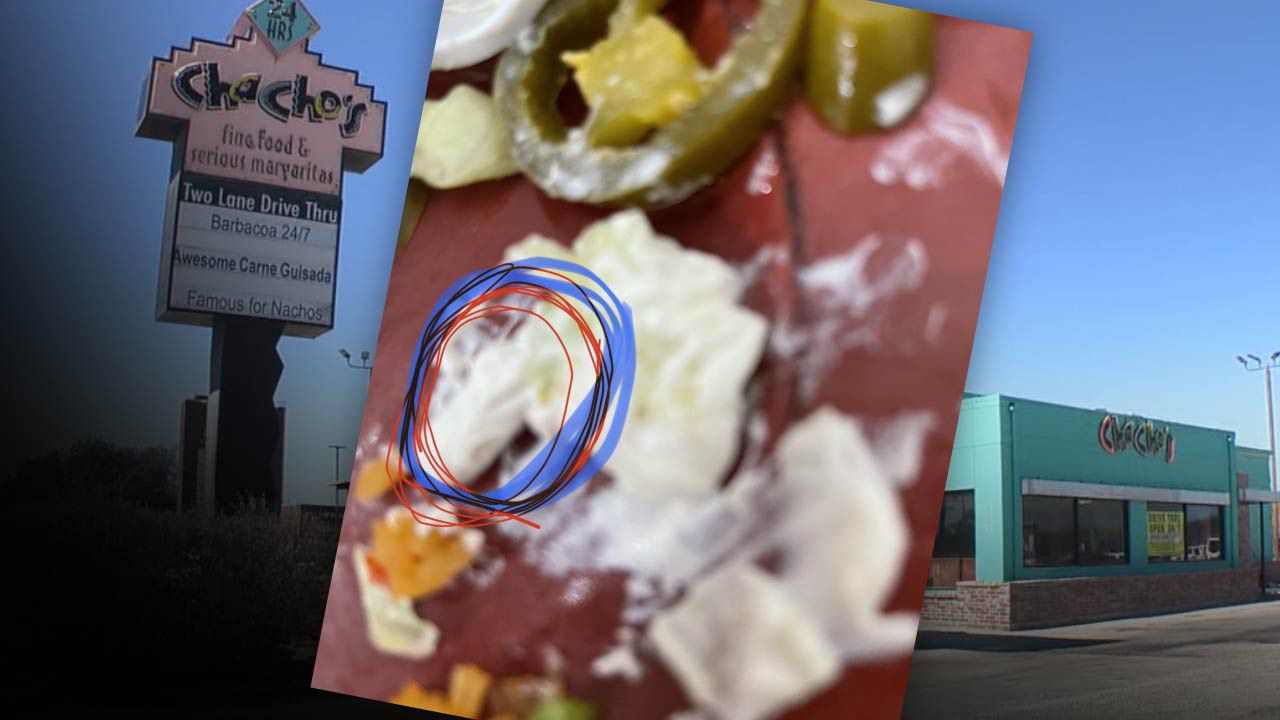 A San Antonio-area couple said they were offered a $10 credit after finding an addictive pain relief pill in a plate of nachos purchased at a Leon Valley Mexican restaurant.

The incident happened Sunday at a Chacho’s restaurant located in the 6700 block of Poss Road, near Bandera Road.

The pill, which appeared to be a combination hydrocodone/acetaminophen tablet, was found in the sour cream on the couple’s plate of nachos, they told the KSAT Defenders.

The pill is prescribed to relieve moderate to moderately severe pain.

Hydrocodone is an opioid that is regulated by the federal government.

“I got the fork and I kind of like started pressing on it and it was hard,” said the female customer, who asked that she not be identified. “I was expecting to just relax and eat and then I see a pill inside my food.”

Employees working at the restaurant Tuesday refused to comment and eventually called police in a failed attempt to have the KSAT news crew removed from the sidewalk in front of the establishment.

Reached for comment, Chacho’s owner John Burke said via email, “We have operated multiple restaurants for more than 30 years, serving more than 50,000 customers per week in our restaurants without any such incident or even report of (an) incident. Food safety is and has been our highest priority.”

Burke asked for the customers’ contact information so that he could communicate with them directly in an effort “to keep this customer as a customer,” his email stated.

The couple told KSAT they were in the process of filing a formal food safety complaint with Leon Valley’s health and sanitation officer since the incident happened inside Leon Valley city limits.

“At this point, it had nothing to do with the food or returning our money. It was more like, ‘They needed to investigate this,’” the female customer said in a phone interview.

KSAT has requested a copy of food safety complaints filed against the establishment in the past five years.

In a follow up email sent Tuesday evening, Burke said Leon Valley’s health officer determined it is unlikely the pill was introduced into the food at the restaurant.

Leon Valley officials have so far not responded to emails seeking comment about the investigation.

To see health inspection scores and to go Behind the Kitchen Door with Dillon Collier, click HERE.