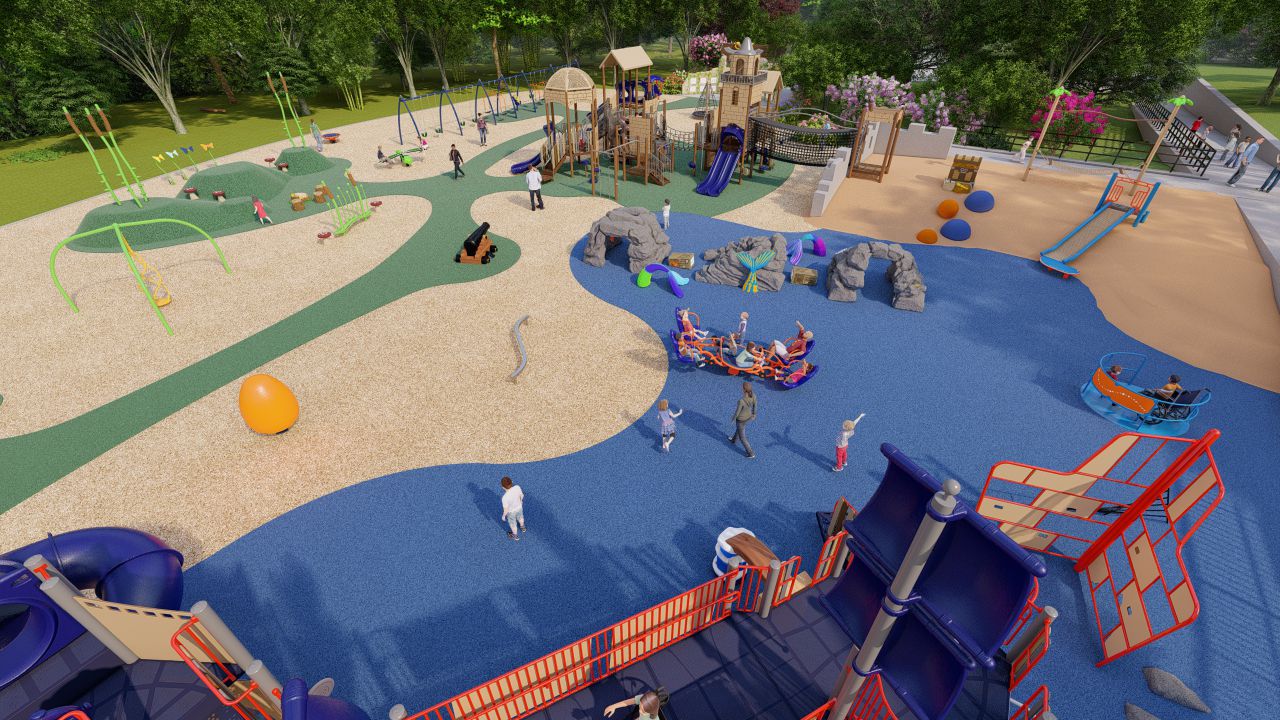 One San Antonio family’s heartbreaking loss of their son led them on a journey to better the community in his memory and it’s led to the development of a 42-acre park called Mitchell’s Landing.

Mitchell Chang was 3-years-old when he drowned at the Love to Swim School in Stone Oak Parkway in February 2018. After his death, his parents, April and Marvin Chang, said they felt a strong need to do the good Mitchell could not longer do because he died too young.

“People try to imagine losing a child, but they often don’t think about it’s more than your child, it’s everything they were going to do in the world,” April Chang told KSAT. “To Mitchell, life was a party. Everything was fun, he wanted to have fun with everyone! Marvin felt very strongly that building a playground would continue Mitchell’s fun in a positive way,”

The family, which also includes the Chang’s other son, Evan, decided to put their efforts into a free public playground that would also be inclusive for families who have children with disabilities.

“We took inspiration from our memories with Evan and Mitchell at Morgan’s Wonderland and wanted to give a small piece of that to the public parks system. A playground that radiates acceptance, love, compassion, and fun,” April said. “Since Mitchell viewed himself a pirate in training, GameTime came up with this incredible pirate design with little Mitchell Easter eggs hidden throughout it. Once we saw the idea of the shipwrecked pirate ship, marsh bog, and abandoned Spanish mission, we knew this was the playground for our city and Mitchell.”

The park will be located in the 20000 block of Hardy Oak Parkway within the 204-acre Classen-Steubing Ranch Park. A video rendering of the park can be viewed in the video player at the top of the article.

There will be 164 parking spots, walking trails, a pavilion, restrooms, picnic areas, baseball fields, and open-play fields, all centered around the Mitchell’s Landing playground, according to the Mitchell Chang Foundation.

April told KSAT that Mitchell’s Landing is projected to open at the end of 2022 but “with the residual effects from the pandemic, it is difficult to say exactly.”

This is the final stage of what has been a 4-year project. Money for Classen-Steubing Ranch Park was a part of a 2017 city bond package.

“Since the original concept we have added H-E-B Mermaid Lagoon, where local students designed the climbing mermaid tails and the beach that was designed by Mitchell’s older brother Evan,” April said. “Marvin and I are incredibly appreciative for the help and trust that the San Antonio Parks and Recreation Department and our community partners, H-E-B and Susan Naylor Mouton have shown. We approached them with the idea of Mitchell’s Landing and all of them believed in Mitchell’s story and us enough to take a leap of faith for this project.”

The foundation’s website nites that the playground will be designed in a way that also encourages multigenerational play by providing access and ease of use for family members of all ages and ability levels, including grandparents and caregivers with disabilities.

“Mitchell’s Landing is a playground for our community, by our community….in so many ways,” April said. “Moms post pictures of their child in a wheelchair or with a walker and say how much they are excited to be able to pop into a playground real quick, something most families are used to. We are getting messages asking how and when they can book their child’s birthday party. It feels like the anticipation is bubbling over!”