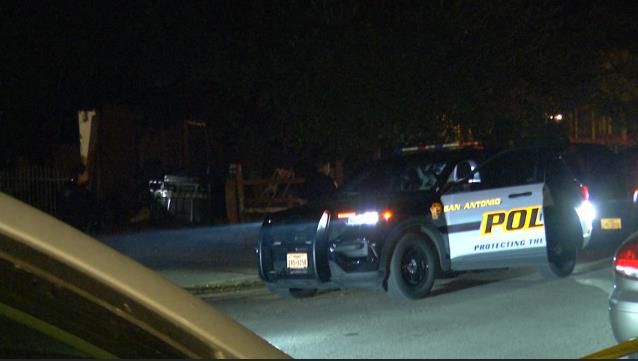 San Antonio police are continuing to search for the gunman involved in an early morning shooting outside a home just north of downtown.

The 36-year-old victim was shot three times and was in serious condition as he was rushed to a hospital.

Officers at the scene, in the 1200 block of Edison Drive, said the victim told them he heard what sounded like noise coming from his truck around 12:30 a.m. Monday.

He says when he went outside to investigate, he was confronted by a masked gunman.

Officers say the gunman demanded to see the victim’s son, but the victim did not speak English and could not understand.

After the shooting, the victim was rushed to a hospital by ambulance.

The gunman ran away.

Police searched the area, including with the help of a helicopter, but they did not find him.