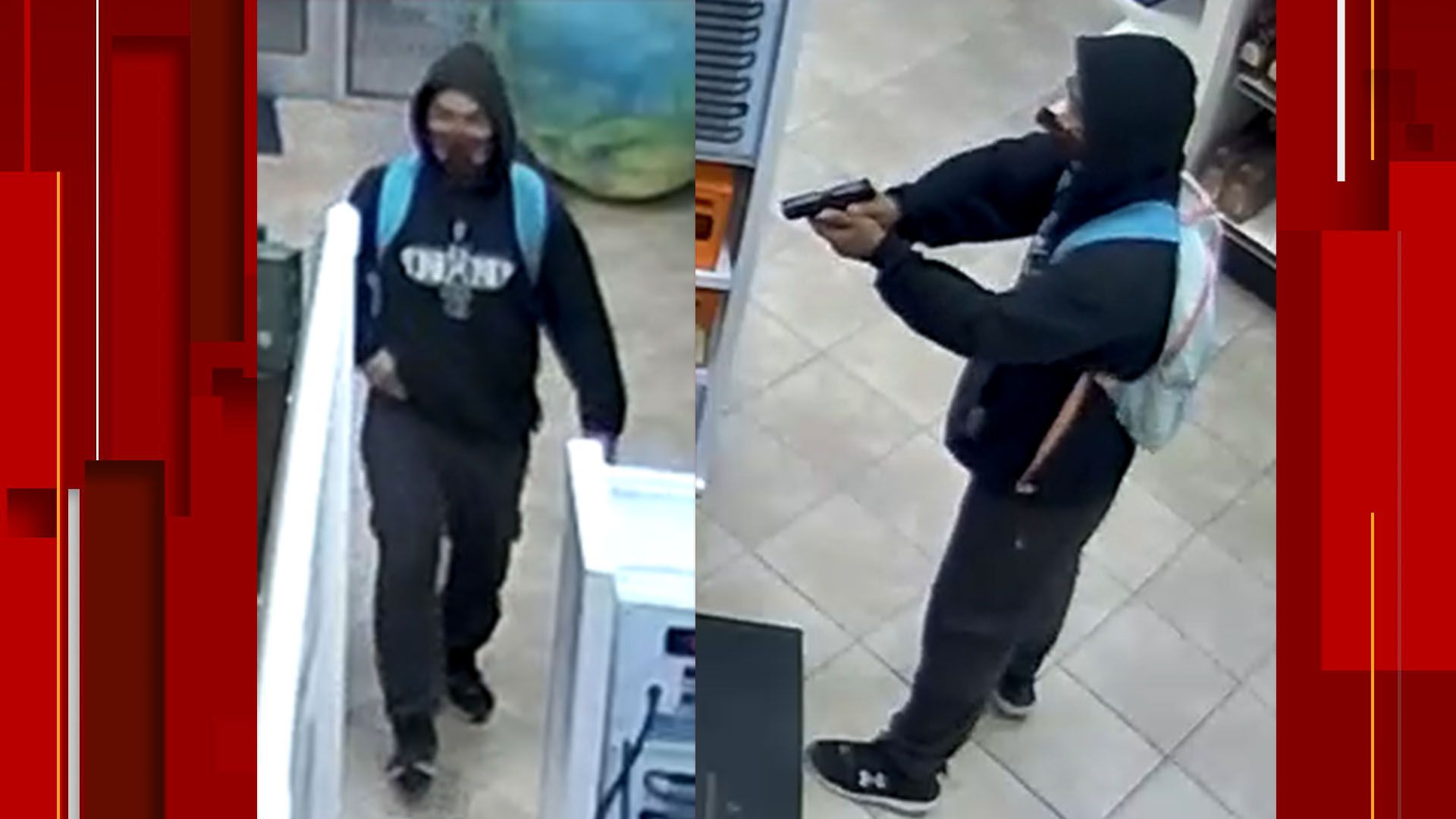 San Antonio police are asking for the public’s help identifying a man wanted for an aggravated robbery in February.

Police said the man entered a liquor store in the 3100 block of SE Military Drive on Feb. 22 and pointed a handgun at the clerk.

He got away with an undisclosed amount of cash and then carjacked someone at gunpoint in a parking lot nearby.