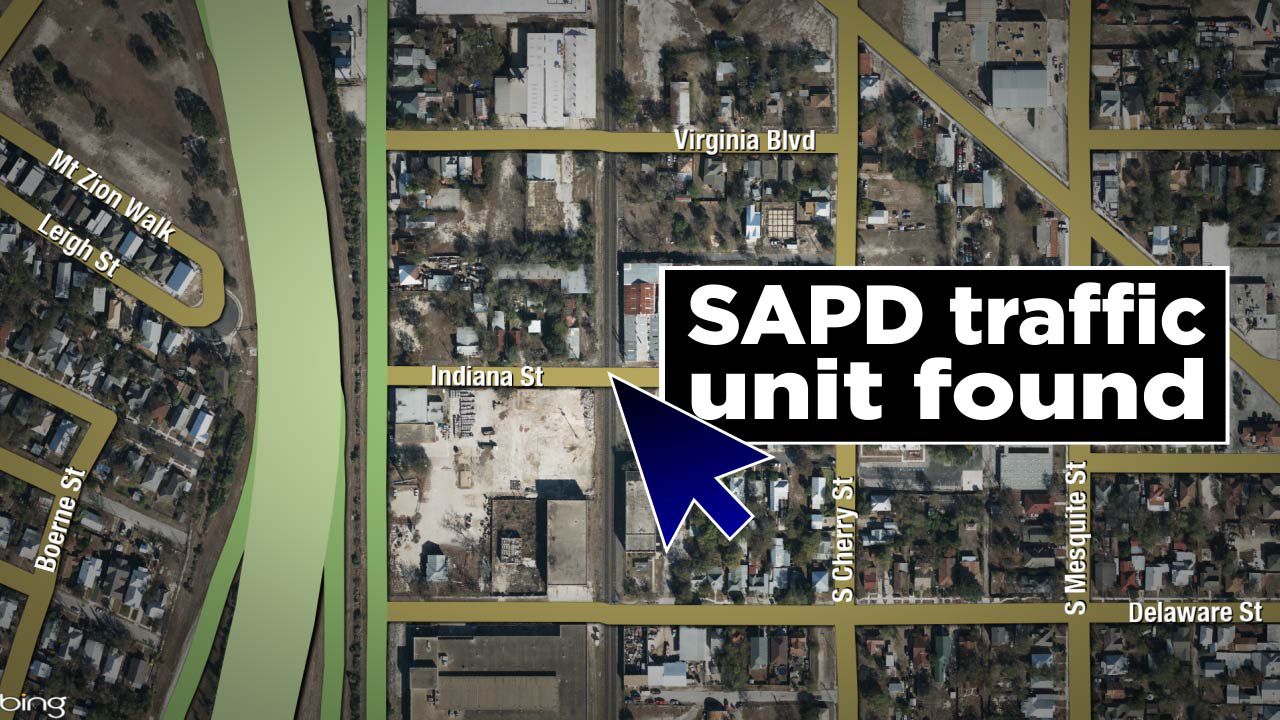 A San Antonio Police Department vehicle with its license plates removed and its laptop missing was found abandoned over the weekend on railroad tracks just east of downtown, multiple SAPD sources told the KSAT 12 Defenders.

The vehicle, assigned to the department’s traffic unit and with low-profile SAPD markings on it, was found in the 200 block of Indiana Street, not far from Southtown, sources said.

Its license plates had been removed and its laptop was no longer in the vehicle, sources said.

The officer assigned to the vehicle told investigators he left it parked at the department’s Central Substation Friday evening, with the laptop still inside, and vehicle locator logs confirm that was the vehicle’s location when he signed off.

Investigators, however, now doubt the veracity of parts of the officer’s story as they have attempted to piece together how the SAPD vehicle ended up more than two miles away several hours later, sources said.

As of noon Monday, SAPD media officials had not responded to multiple inquiries about the incident.

Sources identified the officer as a five-year veteran of the department. A city Human Resources official was checking into the officer’s current duty status but it had not provided it as of 12:30 p.m. Monday.

The department is treating the incident so far as a stolen and recovered vehicle, sources said.

This is a developing story, and we’ll bring more updates on KSAT and ksat.com as they become available.