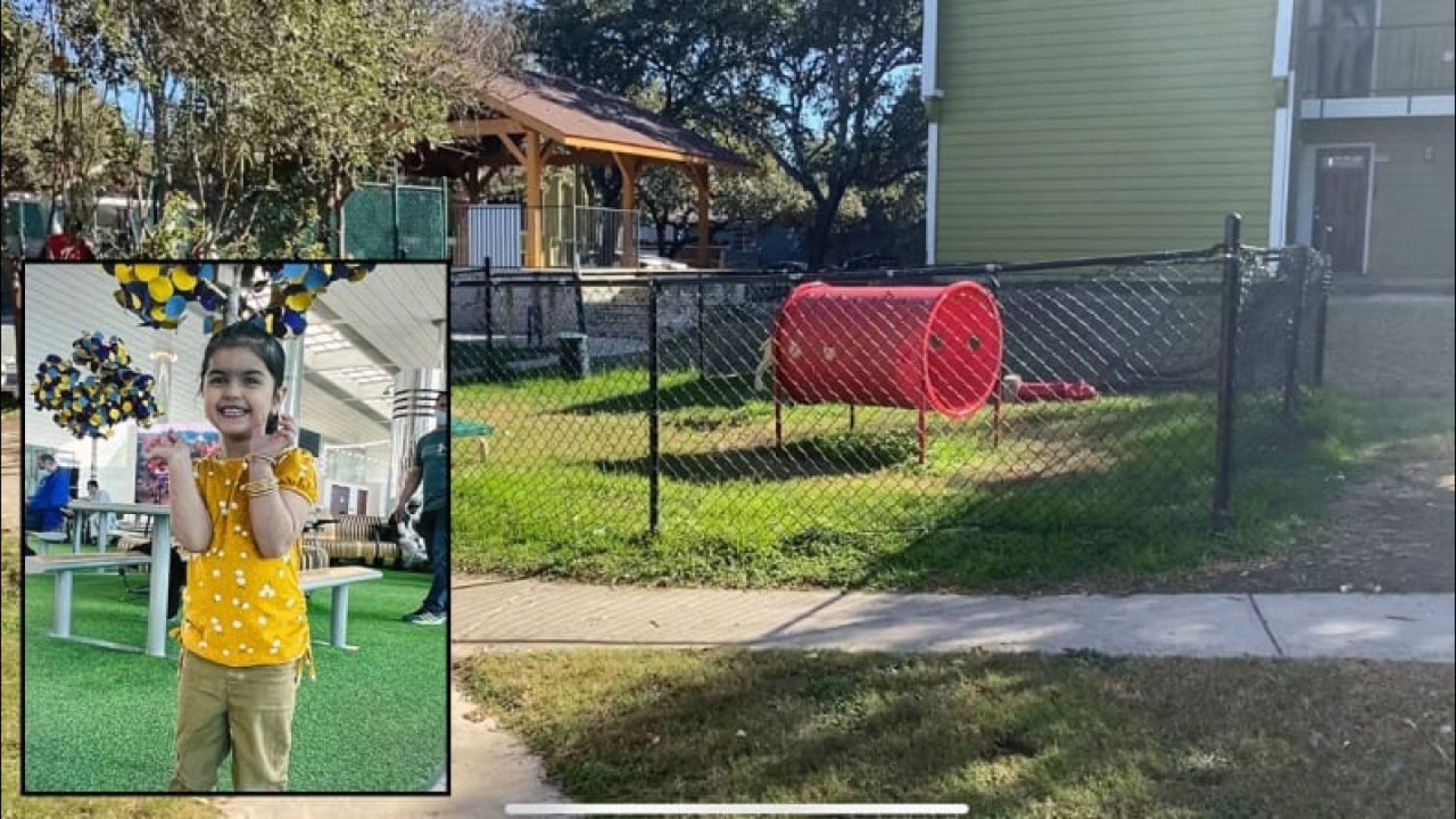 Search efforts for missing 3-year-old Lina Sardar Khil are still in full force on Christmas Day as San Antonio police and the FBI work to locate her.

Although the police presence at the family’s home may look different due to the holiday, SAPD said the search efforts will continue and that their resources are being redirected “to be proactive as possible.”

The search for Lina began Monday evening after she disappeared at the Villas Del Cabo apartment complex in the 9400 block of Fredericksburg Road.

Police continued to search the areas around the apartment complex on Friday in hopes of finding Lina, but were unsuccessful. They also requested the help of an FBI rapid response team.

The community held a prayer vigil for Lina on Friday at St. Francis Episcopal Church.

Below is the latest information available about the search for Lina as of Saturday, Dec. 25.

SAPD asks for public’s help, tips to aid in search for Lina Khil

San Antonio police are asking for specific people to reach out to its Missing Persons Unit to help aid in the search for Lina.

Also, anyone who spoke with Lina or her family at any time on Monday is urged to contact police as soon as possible.

“No detail is too small as we continue to search for Lina,” SAPD said in a release.

Although the police presence at the family’s home may look different as Christmas Eve and Christmas Day approach, the department said their resources to aid in the search for Lina are being redirected “to be as proactive as possible.”

FBI agents have been seen knocking on residents doors, as well as checking in with nearby businesses.

“FBI showed up and they searched my apartment. They looked under the bed, under the couch outside They had this questionnaire. Going through questions, ‘Would you be willing to give a DNA sample if needed?’” said an apartment resident who did not want to be identified.

Alex de Hoyos, manager of the Belden’s Automotive across the street from the apartment complex, said he gave authorities the store’s security video on Monday.

“Guy in plain clothes comes inside and flaps a badge and tells us what’s going on, and we were like, ‘Oh yeah, come on down. We’ll give you anything you need,” de Hoyos said.

Officers continued searching areas surrounding the apartment complex on Thursday, but as time passes, so do their chances of finding Lina.

The Islamic Center of San Antonio and Crime Stoppers are offering hefty rewards for information that leads to the arrest of a suspect involved in the disappearance of 3-year-old Lina Khil.

A cash reward was put up by the Islamic Center of San Antonio on Wednesday. It initially started out as a $10,000 reward before multiple donations were received, totaling $100,000 on Thursday.

Crime Stoppers also announced late Thursday it is also offering a reward of $50,000. Both rewards combined total $150,000, if the tip helps lead authorities to the young girl, and an arrest.