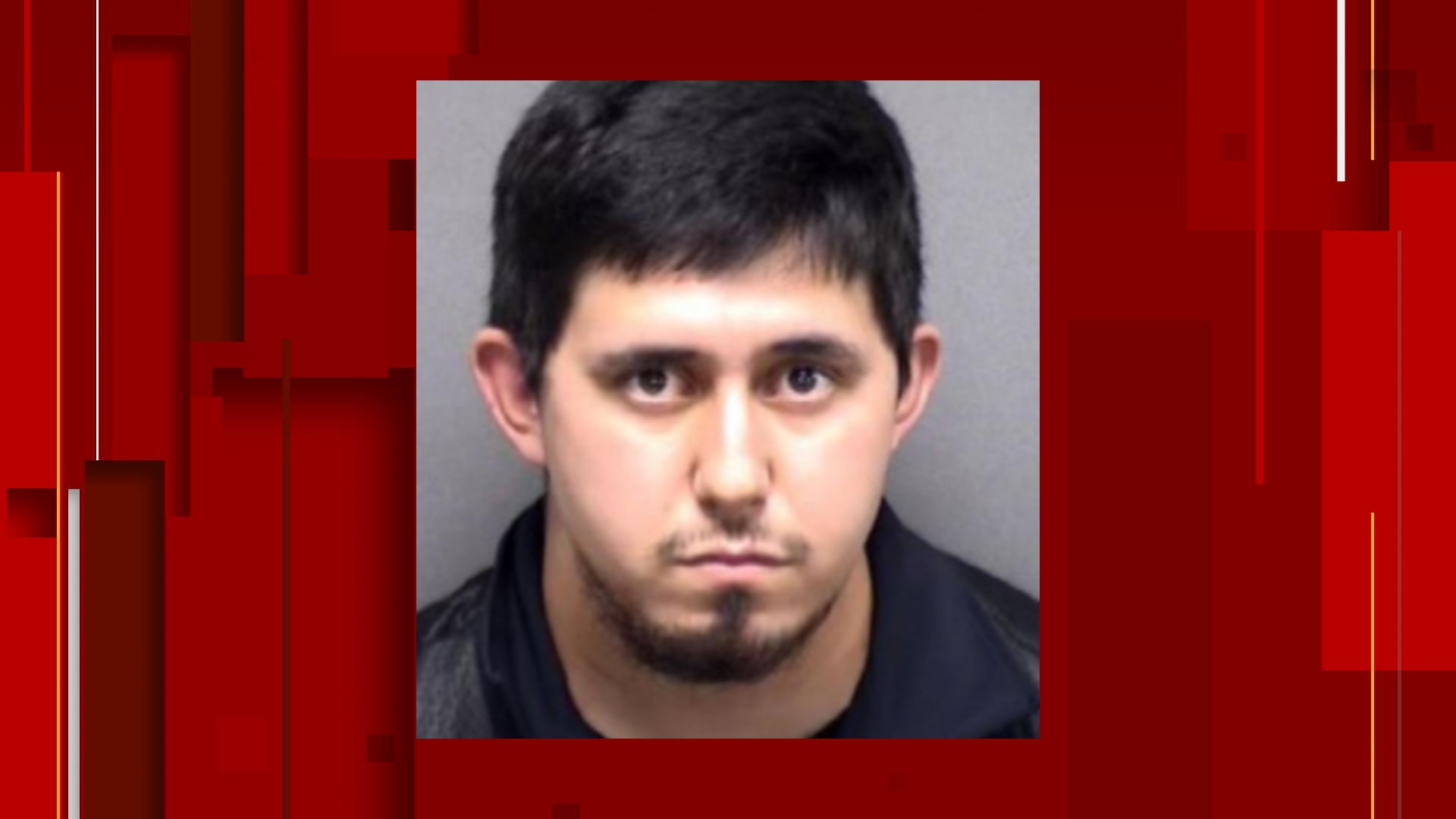 Bexar County deputies are searching for a man accused of intentionally crashing his vehicle into a family member’s home after a heated argument.

The incident happened on Sunday, March 13, in a neighborhood in far West Bexar County.

A 911 caller told authorities that he got into an argument with Andrew Herrera Jr., 26, because he was selling tools that didn’t belong to him.

The caller claimed Herrera became irate, got into his vehicle and drove it toward him, attempting to strike him, according to the BCSO.

Deputies said Herrera’s relative was able to jump out of the way in time and was uninjured. However, Herrera’s vehicle struck the family member’s vehicle and his home. Authorities estimate the crash caused about $4,000 in damages to the home.

Herrera had already left the scene when deputies arrived.

Following a short search, deputies were able to track down Herrera in his vehicle and pursued him. But, authorities lost sight of him and he was able to get away.

Herrera has been on the run since and deputies are asking anyone with more information to contact the BCSO at 210-335-6000.

When arrested, Herrera is facing a charge of aggravated assault with a deadly weapon.