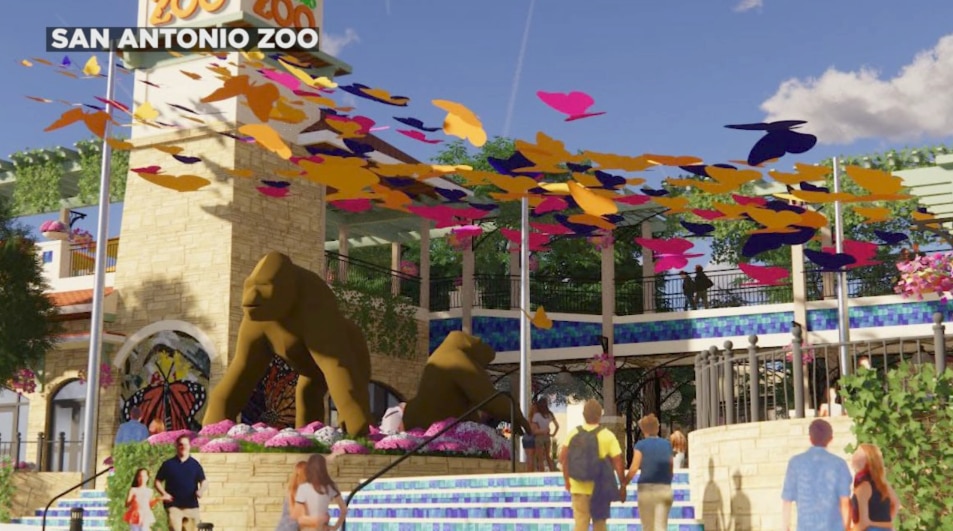 The San Antonio Zoo is answering the call of the wild for so many families on Spring Break.

There are special events presently going on through March 20 and behind-the-scenes, there is an extensive expansion project in the works.

“It is an exciting time to be at the San Antonio Zoo. We’re doing Jungle Boogie Break right now, which goes from March 5 through the 20th, and it’s just an exciting variety of live music, dance parties, food, drinks, everything that you want from a zoo,” Cyle Perez with San Antonio Zoo said.

So while the zoo may be hosting the Jungle Boogie Break right now, in the background is a more than $60 million project.

“We’ve had the same entrance since around the 1950s, and it’s kind of just a bit outdated. A lot of that has to do with ADA accessibility, but also really crafting it to be something that’s interactive and exciting that really reflects the community we live in,” Perez said.

The project, however, is not just a remodel, and there could be a large expansion as well.

“We own property to the west of Highway 281, where we did the Dragon Forest last year, where we got to utilize that piece of property. But not a lot of people know that there’s a whole section to San Antonio Zoo that’s about to come out,” Perez said.

And with that section comes bigger exhibits.

“We also have a gorilla habitat that’s coming, which is just going to be larger than life. We’re aiming to make it the largest one in the US,” Perez said.

Right now the San Antonio Zoo is still in the fundraising phase, but the plan is called “Generation Zoo”.

If you are headed to the zoo through March 20, just remember that St. Mary’s Street is one-way from west to east — and that one way traffic can park at either the parking garage or at the zoo train depot.