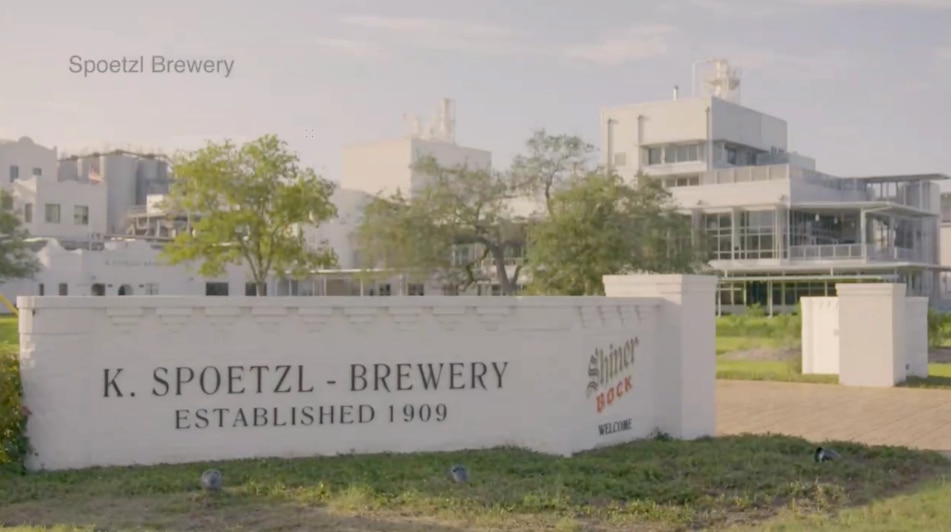 The iconic Texas Shiner Beer has been created at Spoetzl Brewery since 1909.

Spoetzl Brewery is in Shiner, Texas, about an hour and a half east of San Antonio. It was founded by Kosmos Spoetzl.

Even though Kosmos was the creator of the original recipe and set the tone of the importance of tradition and family at the brewery, it was his daughter known as Miss Celie, who kept the Texas Shiner tradition strong.

In the 1920s, Kosmos faced the hardships of prohibition. His wife also died. He felt defeated and decided to sell the brewery.

But then his young daughter stepped in and convinced her father not to.

“She saw this brewery as her father, it was her father, and she did it for him,” Tysen Kopyskinski with Shiner said. “Ultimately. She wanted to keep it going because it was him.”

Kopyskinski, an ambassador with Shiner Beer and Spoetzl Brewery told KSAT 12 Miss Celie’s story. She credits her for also saving the town of Shiner.

“Without the brewery, there’s not a lot of places to go,” Kopyskinski said. “So it definitely saved this town.”

When Kosmos died in 1950, Miss Celie stepped in as the owner where she ran the brewery until the late 60s.

During her time as owner, Shiner Premium was the flagship beer and Shiner Bock was only seasonal.

The original beer Shiner Premium was created by Miss Celie’s father, it was her favorite beer.

“Here everyone loved her,” Kopyskinski said. “She was kind hearted. She had a heart of gold.”

She wasn’t just beloved by the employees and town, but she was also breaking down barriers as a woman, owning and running a brewery — an anomaly then and even now.

“Less than 3% of craft breweries are solely owned by a female,” Kopyskinski said. “Only 3% in the U.S. and at the time, she was the only one.”

Miss Celie died in 1977. Shiner has been owned by several people since, but none of them have been a woman since Miss Celie.

Kopyskinski’s advice for women who want to be break into the brewery game like Miss Celie — don’t ever give up.

“Set your mind with what you want to do and do it, and that’s what she did. I really think that persistence. I think that pays off.”