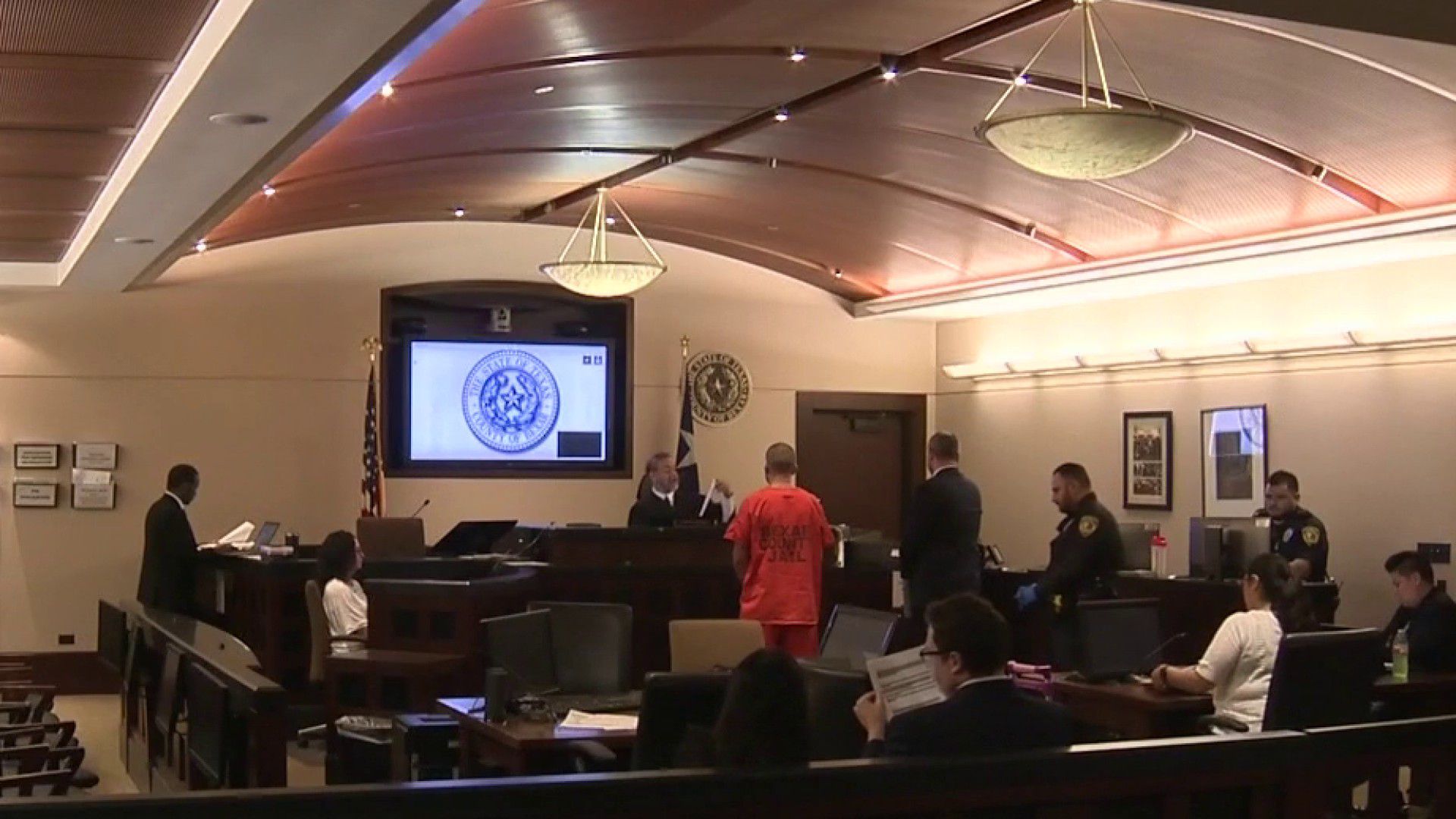 The past two years have left the Bexar County justice system in limbo because of COVID-19.

But even when courts were not having in-person jury trials in 2021, cases were still moving along virtually.

Below are the top court moments of 2021, in no particular order.

In 2020, courts were forced to shut down in-person hearings and trials. It wouldn’t be until June 1, 2021, when they would reopen. The backlog grew immensely and at one point there were more than 9,000 cases left in limbo. Not all was lost as the courts were able to go virtual and find ways to move cases along through Zoom. The civil side eventually held a virtual jury trial — a first for Bexar County. From June to August courts tackled that backlog but the Delta variant forced Administrative Judge Ron Rangel to close them down again. They reopened in October and look to be fully open with no limit on jury trials at the start of 2022.

In 2019, Christopher Davila and two family members staged the kidnapping of his 8-month-old son King Jay. It was later determined that King Jay was not alive and Davila admitted he left the baby’s body in a backpack in a field less than a mile from Davila’s home in the 5800 block of Castle Brook Drive. Davila was charged with injury to a child causing death and in June he took a plea deal, pleaded no contest and was sentenced to 40 years in prison. Davila must serve at least half of his sentence before he will be eligible for parole, officials said.

It was a trial watched by many from gavel to gavel as it was the first to be entirely live-streamed by KSAT 12. Otis McKane faced the death penalty for the death of SAPD Detective Benjamin Marconi. After two weeks of testimony, the jury deliberated for just 25 minutes and found McKane guilty. As he was about to be handcuffed, McKane elbowed the bailiff in the face and was tackled down. Two weeks later, McKane was sentenced to the death penalty by the jury.

Schools and parents were all wondering what to do as school was about to begin. Governor Greg Abbott mandated that schools or cities did not have the power to enforce mask mandates. When the city of San Antonio ordered a mask mandate for schools a lawsuit followed. It would end up being the state versus San Antonio. Temporary restraining order hearings were heard in Bexar County and ruled in favor of the city but a few days later the state Supreme Court would turn that decision around. It led to further back and forth and left many school districts and parents not knowing what to do.

More recently, the Texas Fourth Court of Appeals ruled in favor of the City of San Antonio and Bexar County. A trial date for this case is scheduled for July 11, 2022.

Michelle Barrientes Vela, who faces felony charges of tampering with evidence and multiple counts of official oppression, remains free on bond nearly two years after she and her former Precinct 2 Captain, Marc D. Garcia were indicted by a Bexar County grand jury. Throughout 2021 there were multiple hearings on her case which was delayed due to multiple factors, including the original trial judge recusing himself, COVID-19 court restrictions and a failed attempt earlier this year by Barrientes Vela’s defense team to have the district attorney removed from prosecuting the former constable. As of right now, her trial is expected to begin in late Jan. 2022.

It’s being called a complete overhaul of the criminal justice system in Bexar County. In October, the Managed Assigned Counsel System, or MAC, went into effect. Officials hope it will improve legal services for defendants who are indigent, meaning they don’t have enough money to pay for a lawyer. While other MAC Systems exist in other counties, this is the first one that is a complete overhaul of felony, misdemeanor and juvenile cases, local Administrative Judge Ron Rangel said.

Attorneys for a man accused of a Trinity University student’s death have moved to bar his retrial, citing prosecutor misconduct and double jeopardy after his 2019 trial ended in a hung jury. Defense attorneys said that they filed a writ of habeas corpus “seeking relief from double jeopardy.”

“The law affords the prosecution ‘one full and fair opportunity to convict,’” defense attorney John Hunter said in a news release.

Howerton faced murder, rape and kidnapping charges in the initial trial in December 2019. Jurors spent nine hours deliberating over two days but the trial ended in a mistrial when no decision was reached. As of right now, there is no decision on that motion filed and a retrial has yet to be scheduled.

More than two years after Linda Collier Mason was charged with intoxication manslaughter for hitting and killing cyclist Tito Bradshaw, a judge granted her a plea deal in October with minimal jail time and 10-years probation. Mason, now 70 years old, was ordered to serve 20 days in jail and 100 days on house arrest. Bradshaw’s family was unhappy about the plea deal and wanted the district attorney’s office to take the case to trial.

“I don’t think justice was served for us because we didn’t get the type of punishment we thought we were going to get,” Tito Bradshaw’s father Harry Bradshaw said. “They didn’t think it was a winnable case with a woman of her age with a trial jury, but I think it was wrong.”

McDonald who is accused of killing his wife and burning her body in 2019 was released on bond in November from the Bexar County Jail, court records show. The late discovery of evidence led to a partial bond reduction during a Bexar County court hearing for the Air Force Major. That late discovery of evidence also resulted in the trial being rescheduled, a date has yet to be announced.

From the courtroom to Willie Nelson’s tour bus, for almost five decades Paul Venema has been capturing KSAT viewers with his stories. After 47 years, Venema announced his retirement and signed out for the last time in May. Venema has reported on many historic stories throughout his career including the trials of the Branch Davidians, killer nurse Genene Jones, and the quad mom murder trial of Allen Blackthorn, who was found guilty of hiring a hitman to kill his ex-wife.

“As for what I will miss the most, it’s the people,” Venema said. “I’ve met so many wonderful people along the way whose friendships I will always treasure.”