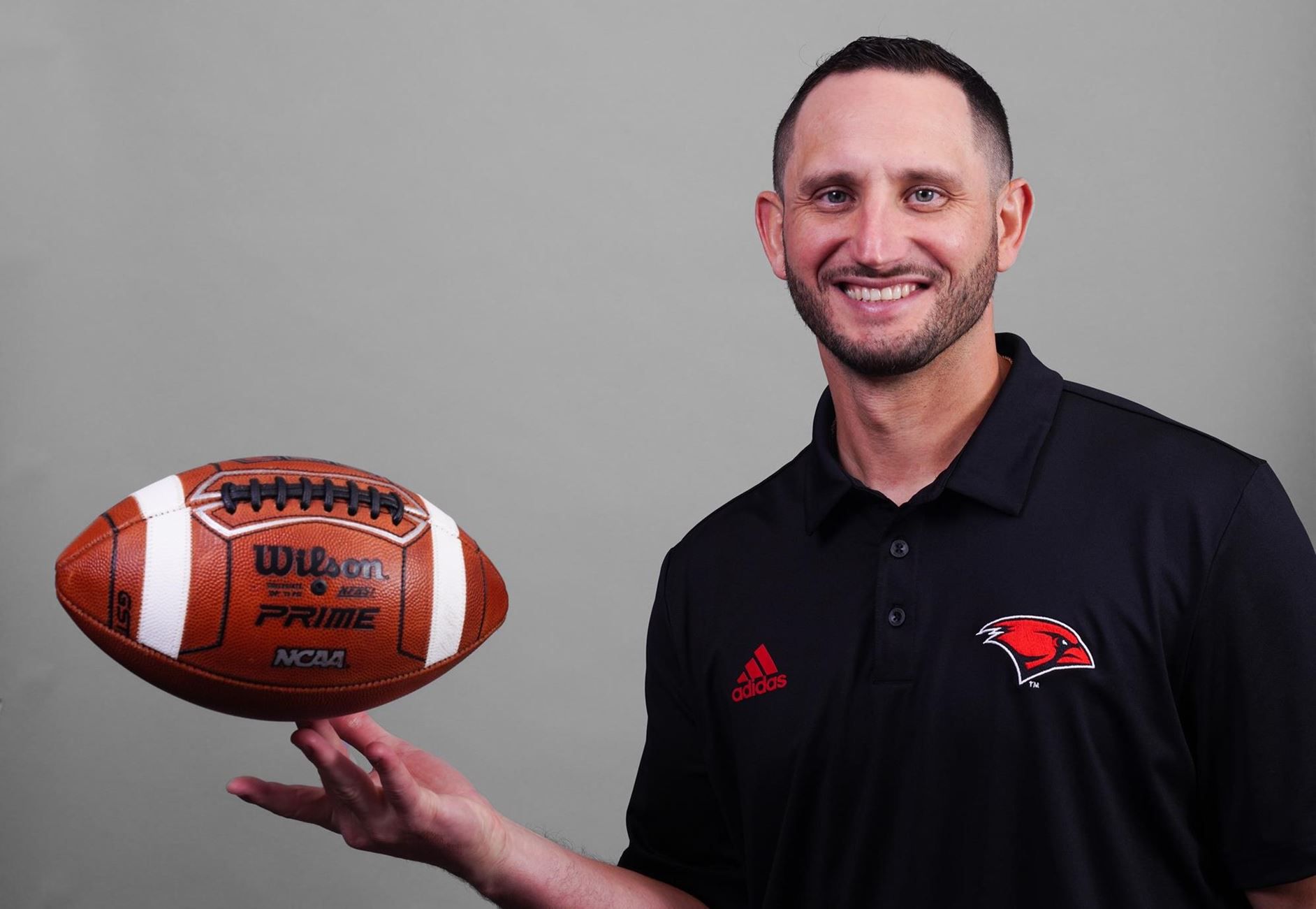 Kinne, a Mesquite native, comes from the University of Central Florida, where he was the co-offensive coordinator and quarterbacks coach, officials said.

“It is a great day to be a Cardinal football fan,” UIW President Dr. Thomas M. Evans said. “With a conference championship, a team of phenomenal student-athletes, and a growing fan base, our football program is on the rise. The right head coach will harness our strong forward momentum to propel us to new heights. I believe Coach Kinne is just the kind of Mission-driven leader we need, and I am excited to welcome him to our Incarnate Word family.”

During his coaching career at UCF, he led the Knights to an 8-4 season and secured the team a spot at the Union Home Mortgage Gasparilla Bowl.

Kinne has other coaching experience with the Philadelphia Eagles, University of Arkansas, Southern Methodist University, and the University of Hawai’i, UIW officials said.

Kinne is also a former professional quarterback with previous experience in the NFL and Canadian Football League.

Before his professional career, Kinne was a three-year starter at the University of Tulsa, where he threw for over 9,472 yards and 81 touchdowns. He was also named the 2010 Conference USA Offensive Player of the Year.

“Coach Kinne is a perfect fit for UIW,” UIW Athletic Director Richard Duran said. “He is a bright offensive mind who has learned from some of the best in football and understands the importance of preparation on both sides of the ball. But, more importantly, he understands what it is to prepare young men to be accomplished on and off the field. That is our Mission at UIW, and we know Coach Kinne will continue that legacy.”