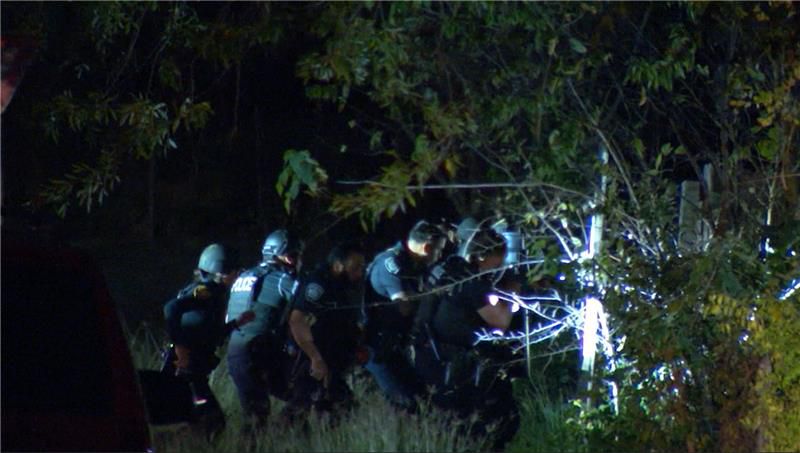 Four men are in police custody following a vehicle chase that began in Kirby and ended with a search on the city’s West Side early Thursday morning, San Antonio police said.

The incident occurred around 9 p.m., when the Kirby Police Department began pursuing two vehicles that were seen shooting at each other.

That’s when, officials say, the Kirby Police Department eventually ended their pursuit and the San Antonio Police Department’s Eagle helicopter instead followed, tracking them to the city’s West Side. The four men then bailed on their vehicle.

SAPD said the four men tried to hide behind and under a house on Loma Park Drive, not far from NW 36th Street and Culebra Road. Officers arrived at the scene to hear gunshots being fired by the homeowner, who said he saw the men in his backyard and yelled for them to get off his yard.

After the use of police K-9s and drones, the four men were taken into custody by police. The names and ages of the men have not been released. The other vehicle involved in the shooting has not been found, police said.

The investigation into the incident is ongoing.