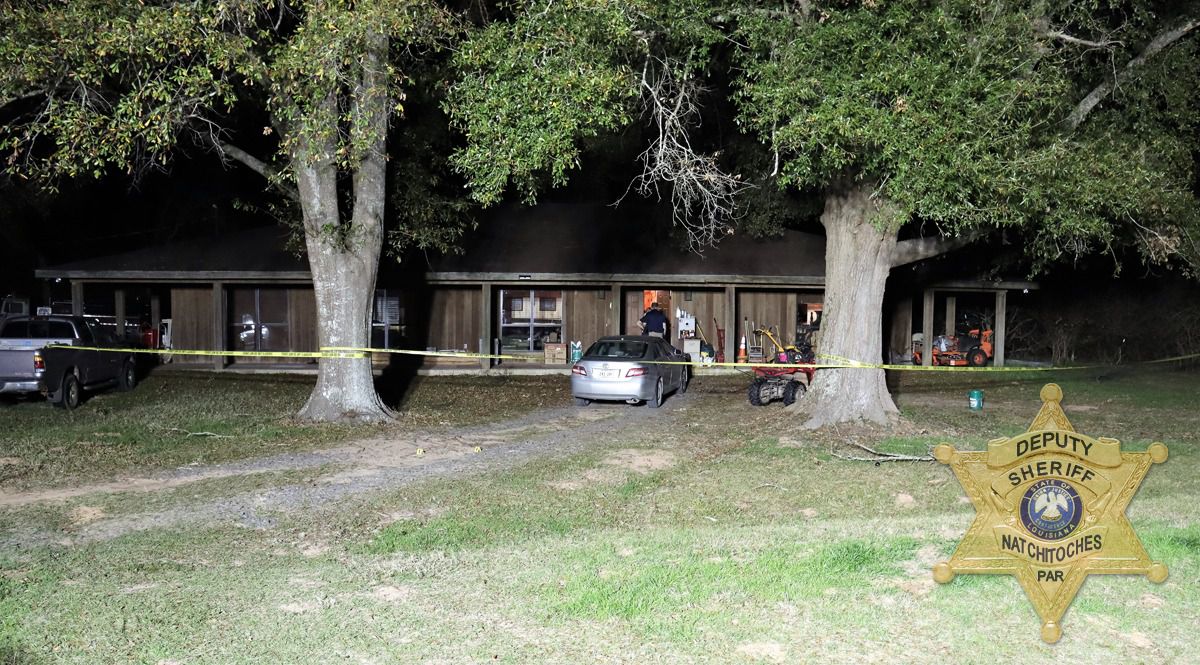 Deputies in Louisiana made a grim discovery Thursday after a woman called about her missing husband.

Natchitoches Parish Sheriff’s Office deputies received a call Wednesday evening from a visually impaired woman who said she hadn’t heard from her husband since 3 p.m. on Tuesday.

Deputies arrived at the woman’s home in the 100 block of Levee Road to follow up on 76-year-old William Robert ‘Bob’ Lang Jr.’s disappearance and noticed that his vehicle was in the driveway.

“The responding deputy observed a broken window glass on the residence and requested permission to enter the home to look for Mr. Lang,” according to a press release from the NPSO.

Deputies went to the area where they saw the broken glass and discovered Lang’s body on the ground with several gunshot wounds to his body.

A photo of the scene posted on the Natchitoches Parish Sheriff’s Office Facebook page shows Lang’s car in front of the home.

Lang’s death has been ruled a homicide, and deputies have interviewed family members and canvased the area but have not yet been able to identify the shooter.