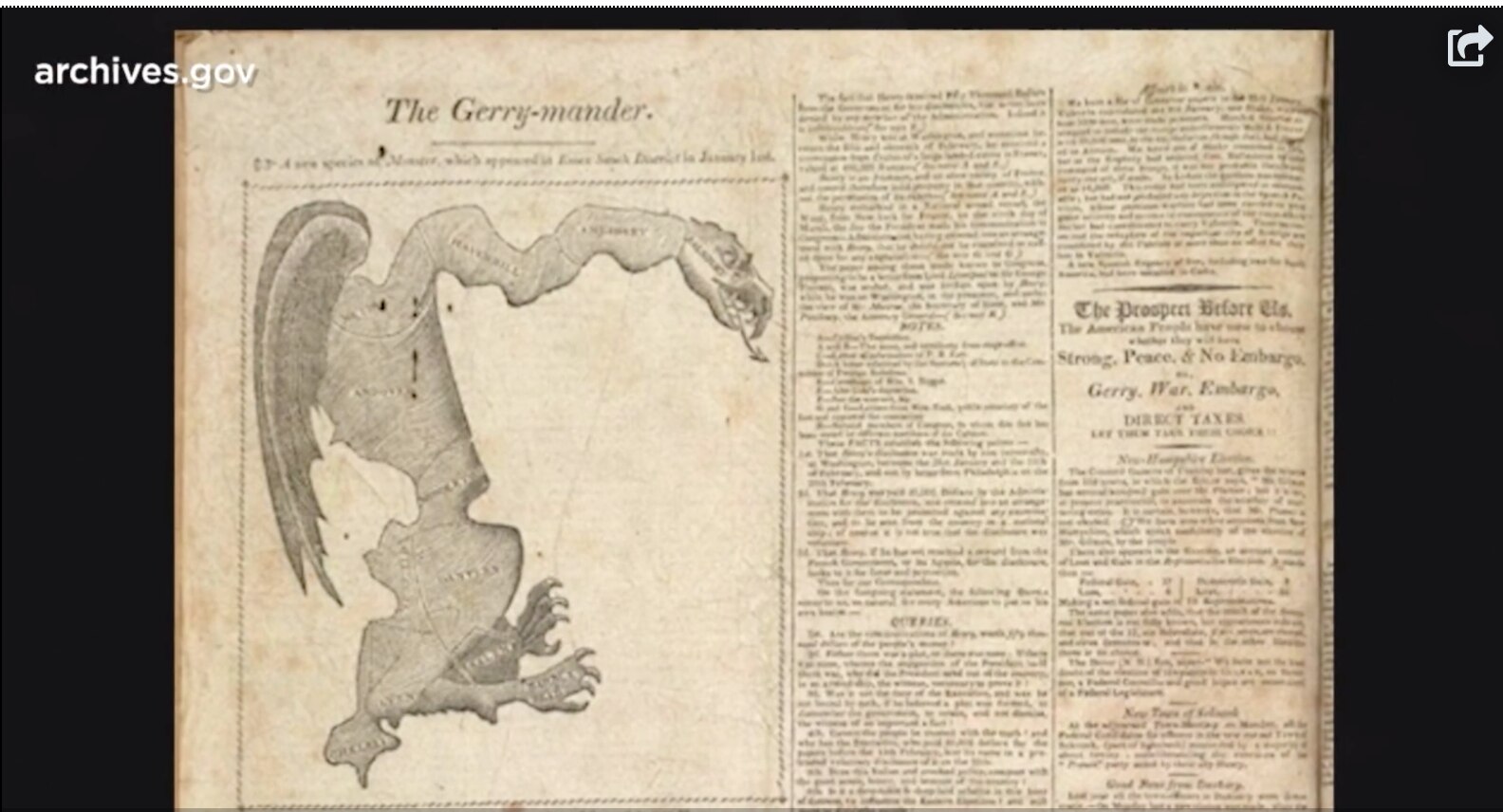 UPDATE: Texas will gain two congressional seats due to results from the 2020 census. This means for the next decade Texas will have 38 members (and votes) in the U.S. House of Representatives. Redistricting, the process of redrawing political boundaries for congressional and state legislative seats, is on the to-do list when the Texas Legislature convenes for a special session later this year.

Redistricting is a complicated process that helps define the political landscape. The once-a-decade process is happening again this year.

The Texas Legislature will take up the task of redrawing the lines on our state’s congressional and legislative maps when they receive the results from the 2020 census.

These maps have repeatedly been challenged over the decades because of allegations of giving unfair advantages to certain political parties or voting groups.

In this episode of KSAT Explains, we examine how this process has become so contentious and dive into why this year’s process is expected to be different. (Watch the full episode in the video player above.)

Redistricting is done every 10 years after new U.S. census figures are released. The entire process relies heavily on a state’s population and is vital to our representation in Washington, D.C.

“Redistricting has to do with the boundaries that are drawn for our election districts, so anything that we elect by district. It could be state representative, state senate, Congress, school board, city council,” said Nina Perales, VP of Litigation at Mexican American Legal Defense and Educational Fund. “All of those districts get redrawn every 10 years after the census to make sure that there are roughly the same number of people from district to district.”

The census also determines how many congressional seats each state receives. It’s no surprise that Texas is expected to gain more seats as the population booms in the state.

Census numbers need to be finalized before maps can be redrawn and the COVID-19 pandemic has delayed those figures significantly, but the U.S. Census Bureau estimates Texas added more than 4 million more residents over the past decade, more than any other state.

We explain more of the redistricting process in the video below.

History of gerrymandering and how it works

Newly drawn maps can go through years of lawsuits and legal challenges.

One of the primary reasons the map-making process has become so contentious is because of a controversial tactic called gerrymandering.

For decades, political parties in power have drawn district lines to favor their parties. The same can be expected when Texas state legislators draw the next set of maps. It’s why these maps are often designed in different shapes and sizes.

“Gerrymandering is a term that people came up with to describe when district lines are drawn in a way that somebody considers to be unfair,” said Perales.

Gerry was a signer of the Declaration of Independence and the fifth vice president of the United States. But he is perhaps best known for signing an infamous redistricting bill.

Gerry belonged to the Democratic Republicans, the party that controlled Massachusetts’ state legislature at the time. Lawmakers drew the state’s senate districts to benefit the party.

During that time period, districts followed county boundaries to draw the lines, according to the Smithsonian.

This new senate map was filled with random shapes and it drew opposition from the Federalist Party, but Gerry signed the redistricting bill in February of 1812.

A satirical cartoon featured in the Boston Gazette depicted the districts into a mystical-looking animal which was dubbed “The Gerrymander” and the term stuck over centuries.

How exactly is a district drawn unfairly and how does gerrymandering work? We demonstrate the process using Tetris in the video below.

For nearly five decades after the passage of the Voting Rights Act in 1965, Texas was one of a handful of states that was covered by what’s called preclearance.

“Preclearance is a very powerful piece of legislation that said that states like Texas and other states that have histories of racial discrimination basically have to get the permission of the federal government before any changes can be made to election laws,” said Scott Braddock, Editor of QuorumReport.com.

Texas has has a deep history of voter suppression through the redistricting process. With preclearance in place, there were safeguards against lawmakers drawing maps that would suppress or disenfranchise Latino and Black voters across the state, and yet, it did not stop lawmakers from trying.

Texas has not made it through a single decade — since preclearance has been required — without a federal court ruling saying it violated federal laws.

That was the case again in 2011. Those maps were immediately challenged by voting rights groups who claimed several districts with Latino and Black voters were racially gerrymandered. What followed was a decade-long legal battle.

Civil rights experts say one reason Texas lawmakers have racially gerrymandered is to dilute the impact of the booming Latino population in Texas.

“Since Texas started redistricting in the 1970s, in every single round, the courts or the Justice Department have found that Texas discriminated against Latino voters,” said Perales. “That’s primarily because in Texas, Latino voters have been a growing population and Texas has had some hesitancy about creating districts to reflect that growth fairly. But it could also be another racial group that experiences discrimination and redistricting like African-Americans or Asian-Americans, which we had examples of discrimination there in the last redistricting round, as well as Latinos.”

The landscape of Texas redistricting is expected to shift dramatically this year because of a landmark U.S. Supreme Court decision in 2013 that struck down preclearance protections.

This means that for the first time since 1965, Texas lawmakers will not have to get federal approval to draw the boundaries. It’s already setting up to be another years-long fight in the courts.

The video below breaks down more of what’s expected after the loss of preclearance protections and another court decision that is expected to have a significant impact on Texas redistricting.

For more information on how you can participate in the state’s public input sessions, click here.