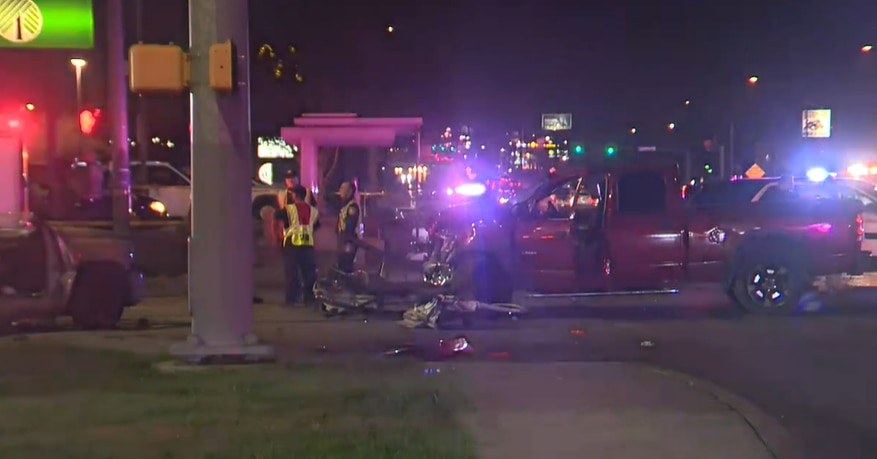 A woman is dead and five others are injured after a three-vehicle crash on the city’s Northwest Side, according to San Antonio police.

It’s unclear what lead to the collision, though witnesses told police a red truck was likely speeding down Zarzamora and possibly ran a red light before it crashed into a silver truck and a Jeep.

Police said a 50-year-old woman in the silver truck died at the scene.

Five other passengers from all three vehicles were injured, four of which were taken by EMS to University Hospital. The other passenger was transported to the Brooke Army Medical Center.

Details on their conditions are currently unknown. The investigation continues.