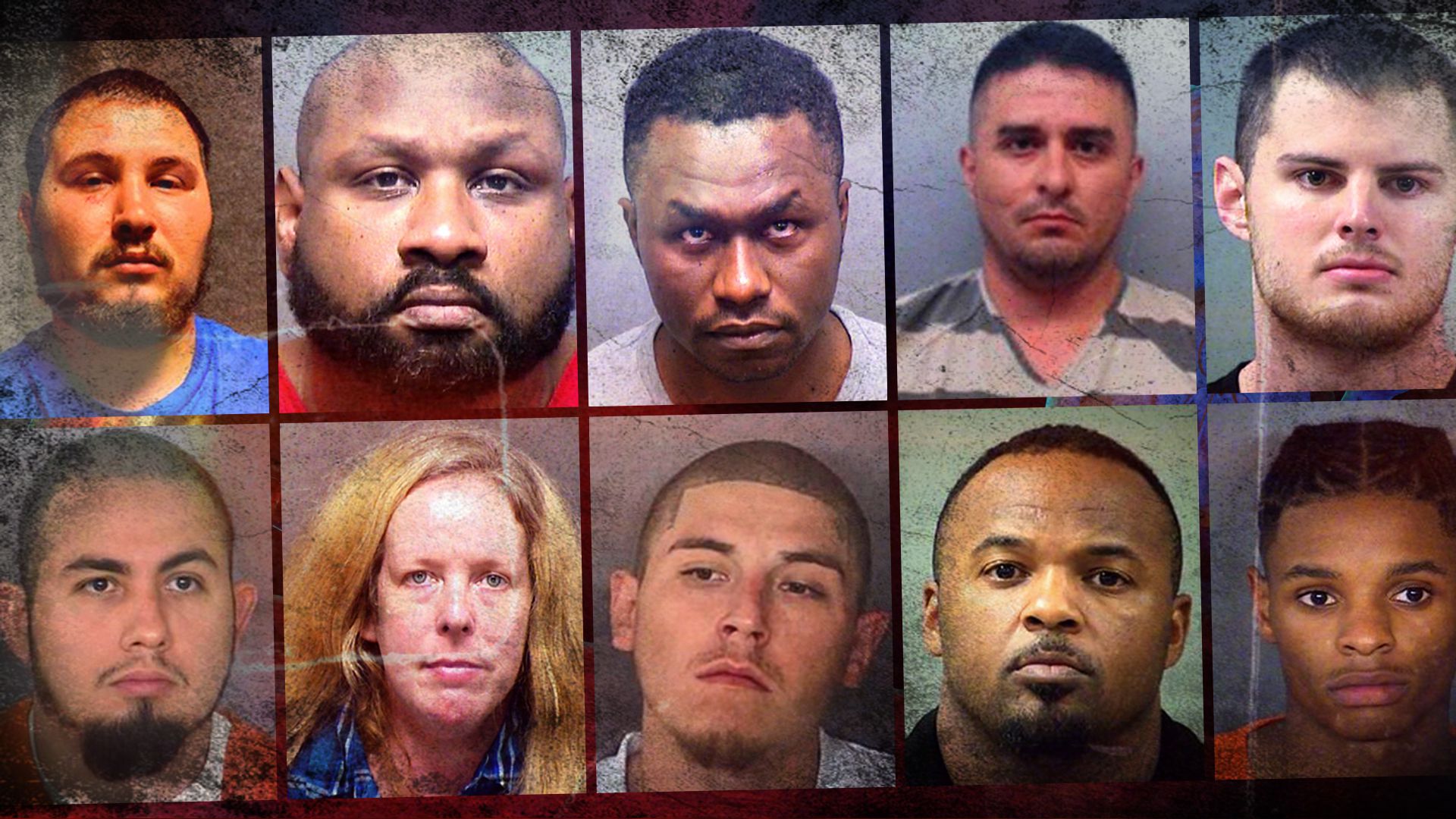 Bexar County courts will get a delayed start to the year again in 2022 due to the latest coronavirus surge.

Hundreds of trials have been delayed since 2020, including several high-profile cases, as courts have been forced to close and operate on a limited basis.

Once jury trials do return — for now, that could be as early as late January — the courthouse will be busy moving through the backlog.

That includes at least 10 major trials we will be following and expect to take place in 2022:

This is a trial that was expected to begin in fall 2021 but because of some late evidence that was given to the district attorney’s office by the sheriff’s office, it has been delayed.

Andre McDonald is accused of the 2019 murder of his wife Andreen McDonald. If found guilty he is facing 5 to 99 years or life in prison.

During his last hearing, his bond was reduced and he has since bonded out of jail.

Another high-profile case we are likely to see play out in court in 2022 is the trial of Emond Johnson.

Johnson allegedly set fire to his gym that spread to other businesses and killed San Antonio firefighter Scott Deem.

Investigators believe Johnson intentionally set the fire because he was behind on paying rent and was about to lose the lease on his gym.

This trial is expected to begin at the end of March.

There is still another aggravated sexual assault case pending and no word yet if it will go to trial or if Harris will take a plea deal.

His next hearing is scheduled for Jan. 18.

Andrew Elizondo is accused of fatally shooting a 6-year-old girl as her mother drove away from a car club gathering on Mother’s Day this year.

While Elizondo has a hearing scheduled on Jan. 10 he won’t probably go to trial until maybe late 2022.

At the height of the coronavirus pandemic, police say 42-year old Damion Campbell walked inside a Diesel barbershop on Bandera Road near Loop 1604 and attacked three staff members inside.

Helle Jae O’Regan was killed in that attack and Campbell is now facing a murder charge for her death.

Campbell’s next court hearing is Jan. 28 and a trial date could be set during that hearing.

Eric Trevino is charged with capital murder in the death of 3-year-old Rene Blancas Jr. in 2017.

Blancas was riding in his family’s vehicle when someone fired a shot at the car at Briggs Avenue and New Laredo Highway, striking the boy, police said.

While awaiting trial, Trevino escaped from jail and is also facing a felony charge for that.

According to court records, his trial date is set for Feb. 22.

Juan David Ortiz is accused of killing four women in Webb County in 2018.

His trial is expected to begin in April and take place in Laredo.

A retrial for Mark Howerton was expected to take place in 2021 but his attorneys filed a motion to bar his retrial, citing prosecutor misconduct and double jeopardy after his 2019 trial ended in a hung jury.

Howerton is accused of the death of Trinity University cheerleader Cayley Mandadi.

The judge on this case has yet to rule on this motion but will probably do so in 2022.

In 2017, Jose Baldemero Flores was indicted on two capital murder charges and arson in connection with the deaths of two women.

He was arrested in 2011 in Herrera’s slaying, but the case was rejected for further investigation.

The DA’s Office reopened the case in 2015, collaborating with police and Texas Rangers on the investigation, which led to Flores’ arrest in November 2016.

This trial is expected to take place in 2022 but no date has been set yet.

Sherry Lee Marburger is charged with the 2020 murder of her husband, who was a U.S. Border Patrol agent.

Marburger is accused of shooting him in the hotel they were staying at.

According to police, Marburger called 911 to report the shooting and told the dispatcher she’d shot her husband in the chest for ‘cheating.’

This case is expected to go to trial in 2022 but no date has been set yet.

Read more in the Courts section: